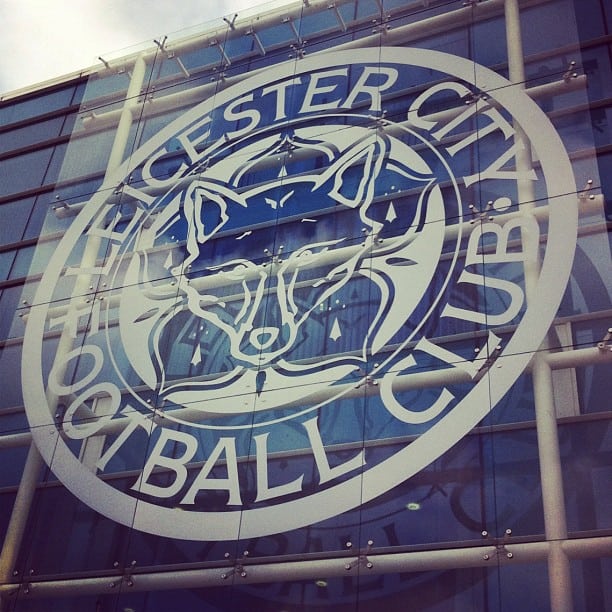 As the season draws to a close, it is time to acknowledge that this year has been like no other in living memory. A Premier League known for being dominated by a few clubs has seen a side facing relegation last year pull off one of the unlikeliest of performances.  The city known for ruling club rugby as opposed to football is on the verge of taking English football’s greatest prize for the first time in its history, and it has captured the interest of fans across the length and breadth of the country.

Underdog trophy wins like—potentially—Leicester’s are rare enough, but something on this scale hasn’t taken place in first division football for many years. You don’t have to look too far to find unlikely winners of the knockout cups in the last 10 years. Portsmouth and Wigan’s FA cups and Birmingham and Swansea’s League cup triumphs show how whilst the cups tend to be dominated by larger teams, they have retained the romance of regular giant-killings. The Premier League however, has only been won by four different teams in the last 20 years, with Blackburn Rovers title in 1995 being the last time neither Chelsea, Manchester United, Arsenal or Manchester City have won. Although it may seem odd now, Blackburn were not big underdogs for the league at the time they won it, coming 2nd in the Premier League the year before with Kenny Dalglish in charge and Alan Shearer their star striker. So even 1995 can’t really be compared with 2016.

It’s also worth remembering that Jamie Vardy’s story is incredible in itself. A player who was earning his keep at Fleetwood Town in 2012 is now on the verge of being the top scorer for the champions of England, which in itself is a rise worth celebrating. Breaking Ruud van Nistelrooy’s record of by scoring in 11 consecutive top flight matches generated levels of hype around an English player not seen for years. His and Harry Kane’s exploits for England have also resurrected some hope for the national side going into Euro 2016 and both have been nominated for the PFA’s Player of the Year award. The picture of English football’s two star strikers sat on the bench for Leicester in the Championship two years ago circulated social media soon after Kane’s Cruyff-esque turn and Vardy’s backheel into the German goal.

The Leicester fairytale also has its share of royal superstition surrounding their incredible run of form. King Richard III was reburied on March 22nd 2015 in Leicester Cathedral and on that day Leicester City lay stone dead last, 7 points off safety. Foxes fans will delight in telling you that from that day on they staged a staggering comeback, winning 7 times and gaining 22 points from the last 9 games, eventually finishing the season in 14th place. This season’s triumphs have been mirrored by the decline of York City—Richard’s home and where many believed that he should have been buried. York are 9 points off safety with 5 games left, and look almost certain to be relegated to non-league football, while Leicester are crowned champions of England.

However, as many a Foxes fan will surely tell you, they haven’t won it yet and would probably prefer that they weren’t damned by the ‘commentator’s curse’. Make no mistake, Leicester are showing no signs of stopping their winning streak and are clearly the favourites, but if they do happen to choke from this point onwards, it will ruin one of the best stories that football has seen for years. To save the massive disappointment of every fan of every team in the country that isn’t Tottenham Hotspur, it would be helpful if Leicester were crowned winners when they’ve actually won the thing.

Despite this, whether Leicester win or not, hopefully the concept of a “European Super League” has been surely kicked into touch. Real Madrid’s President Florentino Perez’s idea for a competition involving the top teams from across the continent replacing the Champions League would dismay anyone who has been captivated by this year’s Premier League. The principles of promotion and relegation are central to English sport and an ESL would deny this, meaning that the top prize available to English clubs would have only been available to a selected few in the year that the ESL would be set up. Leicester and Tottenham would almost certainly not have been considered and are now the undisputed title challengers. While during the years of domination by the “Big Four” of Chelsea, United, Arsenal and Liverpool the concept could have gained more ground, any attempt to form an ESL now including English clubs will be just seen as shameful opportunism by top clubs that have failed to win the league under the current system—United, City, Chelsea, Arsenal and Liverpool executives were all seen leaving a summit discussing such a move just over a month ago.

Danny Willett’s Masters victory has come at a time when the underdogs are challenging the elites, and it makes it all the more thrilling to watch. Willett’s previous best result at Augusta was coming tied for 38th last year and was never amongst the favourites prior to the competition. He wasn’t even supposed to be there with to his wife being due to give birth during the tournament but gave birth 12 days early, allowing Willett to compete for—and win—golf’s biggest prize. It’s not just his lack of pedigree at the top of the game that made it surprising, but also the fact that the event has a habit of being dominated by Americans.  Willett joins an exclusive club of two Englishmen—him and Sir Nick Faldo— to have won the Masters and is the first European to triumph since Jose Maria Olazabal in 1999.

Sport requires the possibility of an underdog being able to win, in order to keep it exciting. Modern athletes can often be reduced to market values and statistics but when it comes down to it, they are human beings and are capable of defying form, expectations and in some cases common sense in winning things that are seemingly out of reach. Leicester’s season has been a once in a generation event, but all giant killings give fans across the country the belief that makes them pay good money go to games week in week out. English football, and English sport, has needed a season like this for years, and I’m mighty glad it’s happened at last.