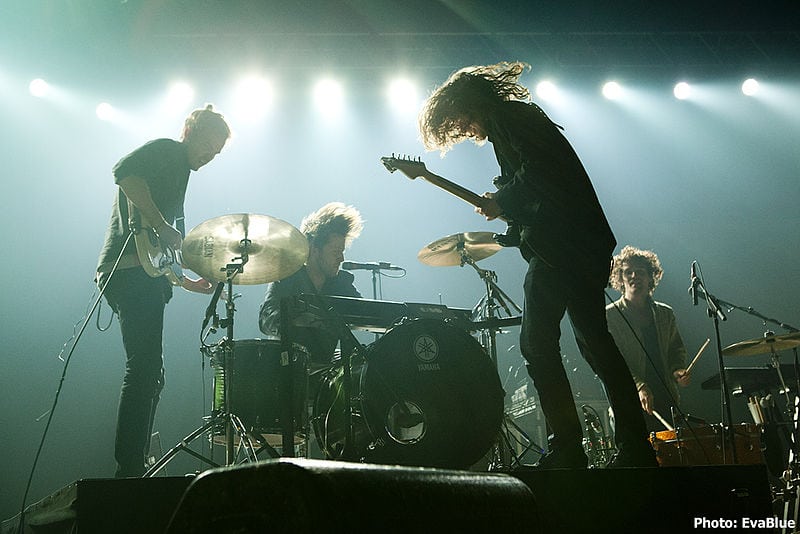 I went into this gig with few expectations, enjoyed myself more than I thought I would, and left with more of an understanding of how important a producer on an album is.

Half Moon Run’s two albums are alright, they’re not bad in any respect. ‘Full Circle’ stands out as a cool track on their debut album, Dark Eyes, but knowing only this track did not help typify, for me, what Half Moon Run would be like live.

Listen to their two albums, then add two frontmen who love country music—I’m sorry, it’s probably trendier to say Americana—and also showing off. Their four-piece harmonies were better, guitar solos stood out more, American folk influences were clear, and each song ended in such an abrupt way that it left you wanting more.

All in all it was a really fun show, but you wouldn’t have been able to guess so going from their records. Even the crowd seemed slightly surprised—pleasantly so—that Half Moon Run threw their chill out of the window at the Albert Hall.

Watching the two frontmen of the Canadian four-piece working off each other worked well; half the time you felt like you were watching them play intimately and awkwardly in their bedroom as teenagers, the other half felt like they were flinging all they had at their audience, totally relishing centre stage. At times it felt over dramatic, and I cringed violently when the singer Devon Portielje decided to play a guitar solo with his teeth.

Seeing Half Moon Run live though made me appreciate the music they’ve made much more, but also made me sad that their albums were produced in such as a way as to not showcase the potential shown on stage.

Listen to their Spotify Session version of ‘Call Me in the Afternoon’ if you don’t believe me.