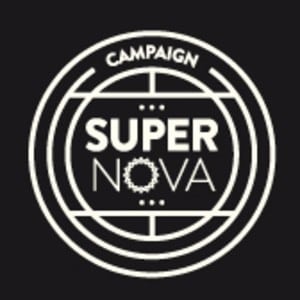 Campaign Supernova is an event running on Tuesday 4th of October that will bring together campaigners, activists, and students to “discuss creative ways to participate in change and democracy”. The evening, which starts at 6pm in the Council Chambers of the Students’ Union, invites everyone to attend live talks by a variety of campaign groups from across the country. The idea aims to put successful campaign groups such as, ‘Stop Rainbow Racism’ on a platform that is accessible to university students of all subjects and backgrounds in order to inspire people about how they can make social change.

The different campaign groups will open up about what they do and how they have achieved results from such campaigns, in the hope of educating and motivating young people on how they themselves can get involved. In reflection of what the event stands for, ‘The Real Junk Food Project’—a group that make meals out of food waste from supermarkets—will provide food for the evening. The aim is to save food, produce perfectly edible dishes, and create less waste. Students will gain accessibility to the fantastic talks, a meal provided by the ‘The Real Junk Food Project’, and either a glass of prosecco or a soft drink.

There will be a variety of speakers talking about lots of different campaign topics ranging from: food poverty, stopping racism, the refugee crisis and locally-led community projects. One group that will be present on the evening is the successful, ‘Love Withington Baths’ who campaigned and won against the closing of the last working Edwardian pool in Manchester. Through friendly campaigning and non-political protests, they accumulated a staggering 8,000 signatures in just two weeks that were in support of keeping the baths open after Manchester City Council announced plans to close the much-loved facility. They will highlight the importance of campaigning to make social change that really matters to local communities.

Students’ Union executive team member and Campaigns and Citizenship officer, Sorcha Floyd, commented on the event saying: “Our university and the wider student movement have a proud history of campaigning to make social change.”

She added: “Campaign Supernova will offer students an opportunity to be inspired and create change.”