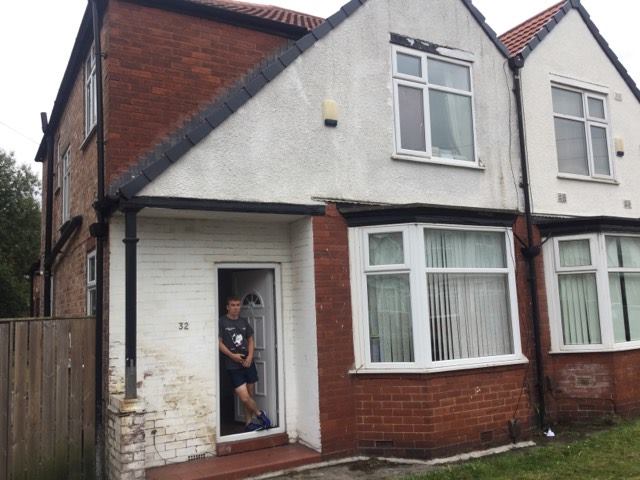 Fallowfield student houses have been visited 64 times since September for noise complaints. This comes in light of the news earlier in the summer that both Manchester Metropolitan and the University of Manchester were to employ notorious security company G4S to patrol Fallowfield.

This controversial move came about after disruption was caused to non-student Fallowfield residents last year, with police making over 400 visits to houses on the basis of excessive noise. The Universities’ executives claimed that they had initiated this plan as a way of maintaining “positive relationships between students and residents”.

There is now growing concern about the choice of security made by university officials.

The company employed to patrol the streets of Fallowfield, G4S, is an organisation who have been accused of many breaches of power and unprofessionalism.

This choice of client for the university has already resulted in a number of Fallowfield students reporting what they felt were both intimidating and unfair experiences with G4S.

A second year student stated that G4S had sent uniformed employees to their household, asking for the personal details of all current residents. The security guards justified this on the grounds that the previous tenants had caused multiple noise complaints, further enforcing that if similar events were to occur this year immediate sanctions would be taken. Importantly, this visit occurred before any such noise complaints, parties, or indeed altercations with neighbours had occurred with the house’s current inhabitants.

This is not an isolated case. Other students have reported receiving the same visits, with officials emphasising that if the current students caused any disruption they could face expulsion from the university.

Second year Lara experienced one of these visits and explained her objections to the tactics enforced by the university: “I think this whole thing is totally ridiculous and I hate being treated like a criminal when neither I, nor my housemates, have done anything wrong. I think it’s important that people know that if the police come to their door they don’t have to give them any personal details. This is a really short-sighted policy and its accusatory approach is doing nothing but alienating students.”

Indeed, other examples have arisen where students have felt that Fallowfield security had behaved unfairly. Just last week an incident occurred on the border of Fallowfield and Rusholme where a student house party was being held. On this occasion, the host claimed that she received complaints from the residents next door, but had acted quickly to reduce noise levels throughout the rest of the night.

No visits from security were made on the night, but the next day the house received a visit from the police. They reported receiving multiple complaints from neighbours the previous night, eventually issuing the house with an official warning.

They further added that if similar events occurred in the future, the student residents could be removed from their courses and property.

All these threats were made despite the fact that the party had received no direct warnings from police on the night. The student source in question said that she had felt “unfairly penalised” as, had she known about the scale of the disruption caused, she would have acted to close the party immediately.

The University of Manchester’s Students’ Union, in a statement to The Mancunion, said: “We are uncomfortable with the decision that has been made to use G4S for this pilot scheme, we have a number of conversations from the beginning with the university and council on this topic and have voiced our concerns about the use of G4S to them. We have posed a series of questions to the university regarding this pilot scheme which have now all been answered.

“We have been told there will be two officers whose roles will be to; ‘manage noise nuisance and anti-social behaviour either by attempting early interventions or through professional witnessing’ we have also been assured that the officers will have gone through a variety of training including but not limited to: Incident Response Officers Licencing and Training, Front Line SIA Licenced, SIA CCTV Licenced, Enhanced DBS check.

“We hope to monitor the pilot scheme throughout its 8 week period to make sure students are safe and protected and if you have any concerns please do not hesitate to get in contact with us”.

A spokesperson for The University of Manchester and Manchester Metropolitan University told The Mancunion the “Universities are committed to maintaining positive relationships between students and residents.

What seems clear by the responses from students The Mancunion spoke to is that they are deeply angered that the university are prioritising their reputation over ensuring the best student experience possible for those enrolled at their institutions.