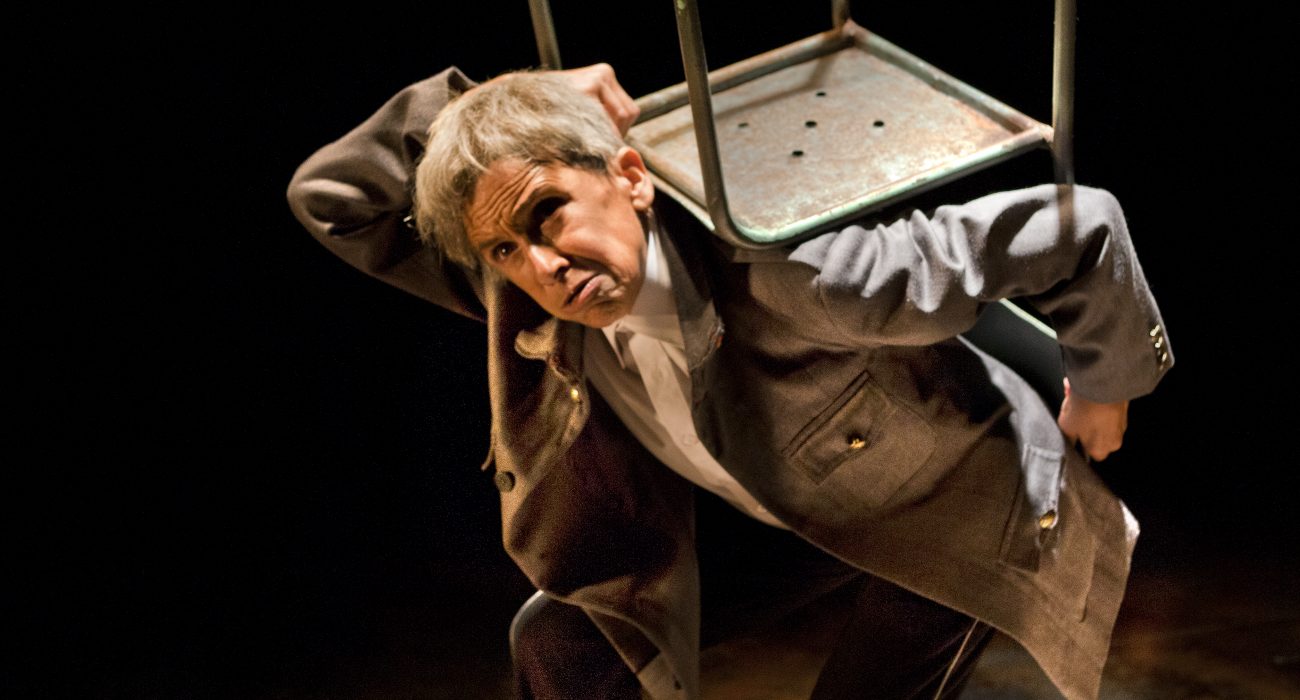 A moving soliloquy on the ridiculousness of total power, Kathryn Hunter’s The Emperor is a shocking piece in many ways. Based on Ryszard Kapuściński’s 1978 book of investigative journalism regarding Haile Selassie’s reign in Ethiopia, one would be forgiven for assuming that this is a heavy going show. However, the opposite is true. Kathryn Hunter showcases exceptional talent and originality in her portrayal of the servants in Selassie’s court and navigates a still contentious story with humour, respect, and honesty. Whilst the script used is not verbatim to the published book, Hunter portrays the characters with such chameleon-like fluency that one can hear the original interviews through her voice.

Of course, the most shocking thing of all is that it is just Hunter acting — a musician and lighting director the only addition to the cast. Whilst Ethiopian musician Temesgen Zeleke obviously adds a second dimension, the show would lose a great deal of impact without Mike Gunning’s fantastic lighting. The interaction between Hunter and Zeleke is not crowbarred into the piece to lend an ‘authentic’ tone, but is rather a necessary plot device, not only used to indicate different characters in the early stages of the piece, but also to create the necessary tension later as we approach the rebellion and revolution of 1974.

I will admit, when I saw there was no interval, I was sceptical. However, I did not notice an hour go by, due to Hunter’s truly engaging performance. The characters created were bizarrely all sympathetic, despite the heinous acts of cruelty committed by several, including the deluded Minister of Information, whose own son was killed in the Civil War that began in 1974. An example of the excellent balance between humour and thought-provoking material came from this character, whose monologues regularly ended with the question “why do you keep asking about my son?” This line, followed by an immediate black-out and silence, was one of the many lines that left a huge impression on the audience, and could be heard being discussed in the bar.

Hunter’s will to force us to see the ridiculousness of our obsession to create was evident in Kafka’s Monkey, but here it is even more desperate. The only moment that felt a little forced was as the desperately daft concept of ‘internationalism’ in a starving country was being ridiculed by Hunter, dancing in front of a white satin curtain, and an audience member was dragged up to dance with her. Whilst audience participation can advance a piece, it didn’t seem to here.

This minor gripe was of course offset straight away by Hunter’s sudden transformation into an old, painfully shuffling servant bearing witness to the dethronement of his master. We felt sympathy for this faithful valet, whilst never knowing the true character of his emperor, as every voice seemed to hold bias of some sort. An exceptionally challenging ending simply displayed the future of Ethiopia, and the statistics of the bloodshed of the civil war, and left the whole audience questioning; is Western progress really what everyone needs?

You can watch the trailer for The Emperor here.