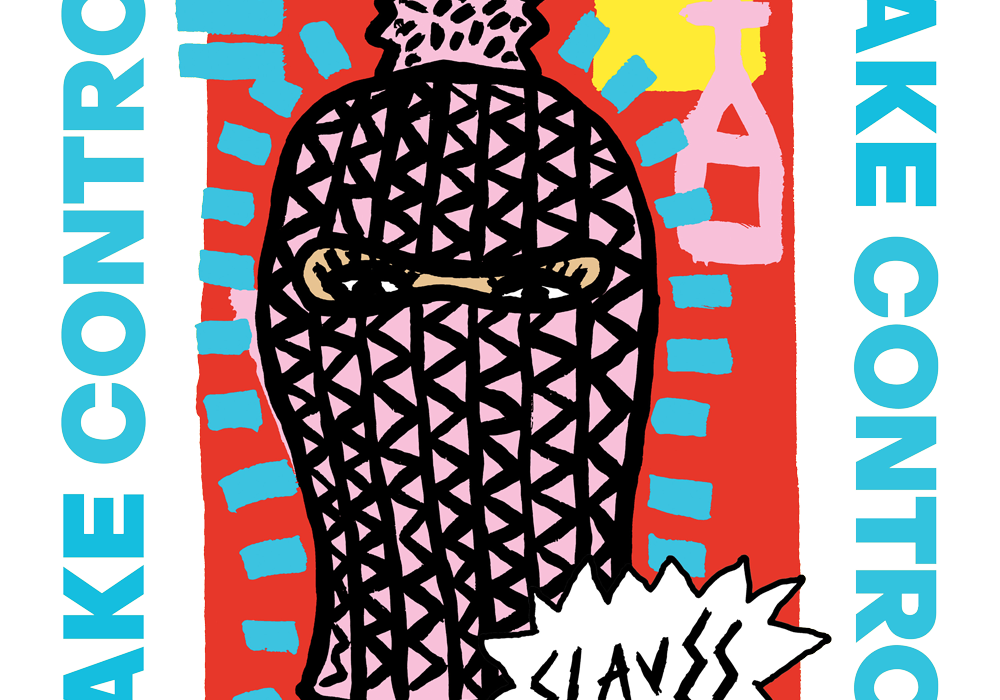 As leaders of British punk, it can be hard to stay one step ahead. While Kent duo Slaves have had enough to write about—from Brexit to Syria—they fail to shock. Their new album Take Control seems more of a punk stalemate than revival.

Opening the album, ‘Spit It Out’ throws you straight into the deep end with the chaotic vocals and drums we are so familiar with from their debut album Are You Satisfied? Under 3 minutes long, the track appears to be following its mantra and getting straight to the point. However, with a 16-track album it was clear something had to give. Thankfully, it was not their humour as they provide two skits, ‘Mr Industry’ and ‘Gary’, to conjure a chuckle during the heavy album.

Owing to guitarist Laurie Vincent’s broken wrist, the band explores a slower tempo than we have heard from Slaves before. ‘Cold Hard Floor’ stays true to punk roots with the blunt message that you cannot run away from your problems, “hiding from the rain but you’re gonna get wet some day”. It also features an obligatory freak out scream in case the pace was distracting from the messy feel Slaves tracks are known for. This exploration did not work out for all songs as the strange ‘STD’s/PHD’s’ is reminiscent of an Oasis song on a hotbed of acid-fuelled synth.

Rebelling, as they do, against the upper classes, ‘Rich Man’ takes clear inspiration from Blur as they sing of a man with “a big house and a shit load of land”. If there was a point to get across, it is completely lost by the anti-climactic chorus.

The highlight of the album is ‘Lies’, with a guitar riff so melodic that it does actually surprise. Written after the government’s decision to bomb Syria, Isaac Holman’s raw and gritty vocals draw you in to the darkness of it all as he sings, “you do as you are told even though you knows it’s not right”. What makes this track different to others on Take Control is how genuine this message feels. In other songs the only thing that comes across clearly is an air of pretentiousness.

Produced by former Beastie Boy Mike D, this power team create a genuine punk album. Unfortunately, their loyalty to the genre has meant that rather than anything groundbreaking, we are given a long and cliched album that is everything you’d expect.