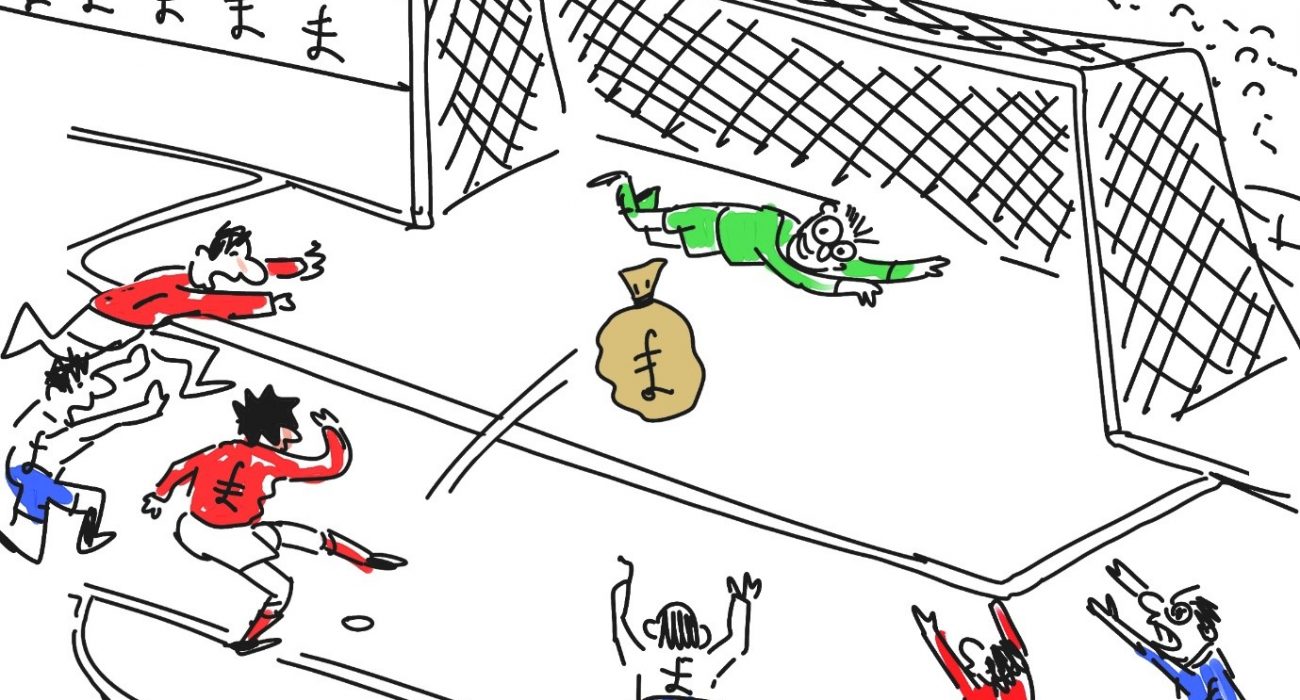 The words “Gareth Southgate, the whole of England is with you”, rendered immortal by Baddiel, Skinner and the Lightning Seeds in their song about England’s exit from Euro 1996, unfortunately no longer ring true. The whole of England is definitely not behind the interim manager or English football in general after yet another embarrassing performance in France this summer, and the even more mortifying experience of having manager Sam Allardyce sacked over corruption allegations. So is it the vast amount of money being thrown around these days the reason why the state of English football is at an all-time low?

Last season’s £5.14 billion TV rights deal saw inequality in European football tilt very much in England’s—and especially the Premier League’s—direction. It is undeniable that money from the media is the driving force behind football, with fixtures now being scheduled on Friday nights solely in order to maximise viewing numbers. This suggests that the Football Association have totally given in to the money that huge media corporations like Sky and BT sport have waved in front of their faces, with the view of making English football the pinnacle. But is this cause for praise?

Apparently not, as FIFA haven’t granted England the chance to host a World Cup since 1966, because they have openly voiced their dislike for the FA’s failure to tame commercialism in the Premier League, leaving supporters feeling deprived. Hiked ticket prices and the resulting change in the demographic of people attending games is also leaving diehard fans unhappy. Although supply does equal demand, clubs should show more loyalty to the fan base on which they are built, and should therefore not be allowed to get away with charging more each season for tickets: where will it stop? Why not put aside some of the billions received from TV rights to subsidise ticket costs in order to keep football accessible for the common man?

Even for the supporters who argue that we are lucky to be entertained week in week out by teams that on paper are head and shoulders above the rest of Europe, must be gutted with the plight of English teams in European competitions over the last few seasons. And it’s not only our clubs who aren’t faring well away from English shores but the national team too who are currently mid-way through what seems to be a never ending ‘unlucky streak’. This summer’s performance in France would be agreed by most as laughable, and unfortunately it’s not the first and will definitely not be the last time this is the general sentiment following an embarrassingly early exit on the international stage. What is going so wrong that we still fail to perform even after billions have been pumped into our football industry?

Although most English fans will find this hard to swallow, we should probably take a leaf out of the Germans’ book. Despite actually turning over less than the Premiership, the German league is much more profitable than the English due to the fact that their average player’s wage is a fraction of what it is here. Generally this has deterred the world’s best players in search of the big bucks, which has in turn allowed for domestic players to get more game time and—lo and behold—their national team are world champions…

Why not have a system of governance like they do for grade listed buildings? Although these historically buildings can be privately owned, the government is allowed to impose rules on certain things because of their importance to society. If the same sort of system was put in place within the parameters of football, then the government would be able to cap player wages as well as ticket prices in order to regulate media’s control over the sport. This would surely re-entice fans who are sick of money dominating football both on and off the field, and might even have a positive effect on the performance of our national team somewhere down the line.

If there is no way back from the multi-billion pound football world we now live in to the days of the football at its purest, then surely it should at least pay dividends? For English fans who aren’t disillusioned with the over-commercialised sport then money, money, money, please bring football home.