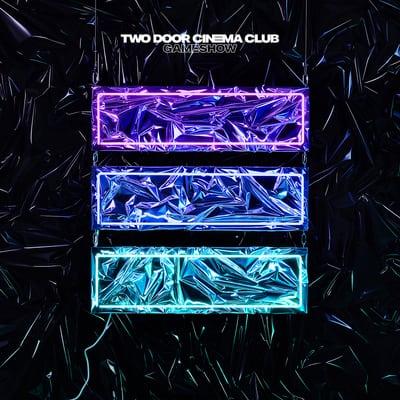 Two Door Cinema Club’s newly released album Gameshow has hit the now-metaphorical shelves and it certainly does disappoint. My memory of the unknown tracks being played at Reading Festival this year appeared to be well received by the audience—although, I will admit, I had been drinking. The fun and catchy indie pop/rock of Tourist History and Beacon has long gone.  Instead Gameshow is an album of electronic-indie pop tracks that sound like a teenager’s first attempt at mixing a record. Of course evolution as a band is important, and Two Door Cinema Club have definitely evolved, but today I am in mourning for the classics that I will never stop listening to.

Whilst the level of production has clearly increased, the quality has not. The opening of ‘Lavender’ could be a child’s electric drum kit that was set to loop, reminiscent of the joke band ‘The Jerk Offs’ in Nick and Norah’s Infinite Playlist. Meanwhile, listening to the album as a stream is quite an event as the songs fade across into one another, illuminating how cohesive, streamlined, and stylised the album and the band now are.

This triumph is then undermined by the disappearance of Alex Trimble’s fun and characteristic Northern Irish accent that has been replaced with a bland-sounding overmixed voice. His monosyllabic singing is then attached to looped tracks of single drum beats and little reverb. One song, however, that has some memory of their prior glory is the title track, ‘Gameshow’. Trimble’s natural voice can be heard for the most part with the instruments having a much more natural indie feel. However even this track begins to feel uncomfortably simplistic with screeched lyrics towards the crescendo.

I will concede that Two Door Cinema Club are definitely trying something new, and if modernised electronic indie pop/rock is your bread and butter of the music world, then this album could be heaven sent; the album itself peaked at number two on the official album charts and has been mostly well-received. But for me, I’ll just say I’m no longer sad that their Manchester show sold out.