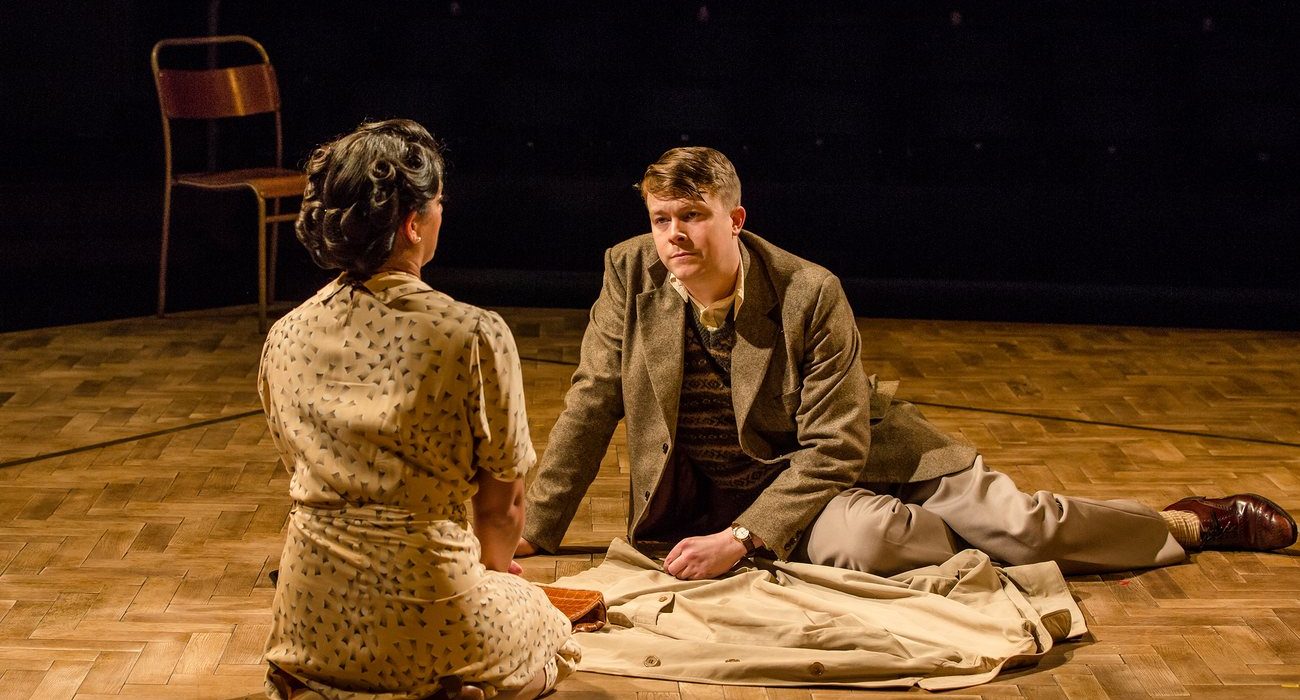 The Mancunion spoke to Daniel Rigby, who is currently playing Alan Turing in Breaking the Code at the Royal Exchange Theatre in Manchester.

What was your approach to getting the characterisation of Alan Turing?

My primary approach was to read as much stuff about his life and him and to absorb as much literature as I could. This is because there is very little by the way of audio and visual recordings of how he moved or what he sounded like. My aim was to read as much as I could and try to get an impression of him.

What attracted you to the role in the first place considering you don’t have a background in science?

The truth is there are a whole bunch of reasons why I wanted to do it. The director (Robert Hastie) is a very old friend of mine and I really wanted to work with him. When I read the play I relished the idea of having a go and trying to speak a bit of maths. I liked the idea of learning about it, not that I have learnt about it in any significant way. I’ve got my head around as much as I need to make sense out of it. The challenge of it was a nice idea.

Did you watch ‘The Imitation Game’, which features Benedict Cumberbatch as Alan Turing, for inspiration?

I didn’t actually. Once I found out I had this role I avoided watching the film because occasionally when you see another actor playing the same part you subconsciously steal some of their characterisations.  I didn’t want to be too influenced by the film. I’ve been told that my performance is very different to how Benedict plays Turing in the film. I think that is partly down to the fact that Alan Turing himself is a multifaceted man, from what I read about him he had a lot of different sides to his personality. I think it depended on who you were and how you related to him to what side you saw.  There was quite a few of his friends who would comment on him, when he was talking about science that he loved, as being very childlike and enthusiastic. There was this lovely mischievous, impish quality, which kept popping up to me and spoke to me more than the other stuff that was a bit colder perhaps and not a true reflection of who he was. The people who found him cold were people who he didn’t get on with him or had some sort of funny professional relationship with him. The people closes to him thought he had a good sense of humour, friendly, childlike and mischievous and that’s what I took and ran with.

That endearing nature definitely came across in your performance of him. How did you find getting your head around the mathematical speeches in the play?

It was very tricky especially the speech about the incompleteness theorem. It really taxed the old grey matter because it almost straddles mathematics and philosophy, I could get my fingertips around the concepts but it was difficult to get a full grasp on those mathematical concepts.

Does the play have a relevance today considering it was first performed in 1986?

Yes I think it has more relevance now than ever because there are sections of the play that discusses computing and artificial intelligence. We are in an era that is on the cusp of great advances in these areas and feels like we are at the cusp of virtual reality and proper artificial intelligence.  It feels very relevant when he is talking about computers because it feels like we are starting to see some of the things he predicted would happen right now.

How was performing at the Royal Exchange Theatre?

It was brilliant. It’s probably my favourite theatre that I’ve performed in to be honest.  It’s in the round so you are surrounded by people, but it’s not intimidating. The way that it’s designed everyone feels on top of you but in a very, very good way. In a comforting way almost.

How was working with the rest of the cast?

It was really nice because there is a really mix of experiences and ages. It’s a weird play, as if you aren’t playing Alan Turing, you bob in and out in a sporadic way.  I think it’s unique in that sense. Everyone has to find their place in it and I can imagine that a sense of company would fall apart because you aren’t working all the time, but it hasn’t, it’s been lovely.

How did you get into theatre?

By dint of not being able to do anything else basically. At school I was rubbish at most things, but played Fagin in Oliver when I was eleven at my junior school and it was great. People clapped and laughed and I thought this was my thing.

That’s what inspired you. Do you have advice for younger actors?

What are you involved in next after Breaking the Code?

I’m doing a Twelfth Night at the National Theatre in the New Year and I’m filming a few things next year so that’s all happening. I’m also writing a comedy pilot, which I’ve been commissioned to do, so I’ll be trying to write that before the end of the year. So I’ll be nice and active.

Breaking the Code is on until the 19th of November. Get tickets here.