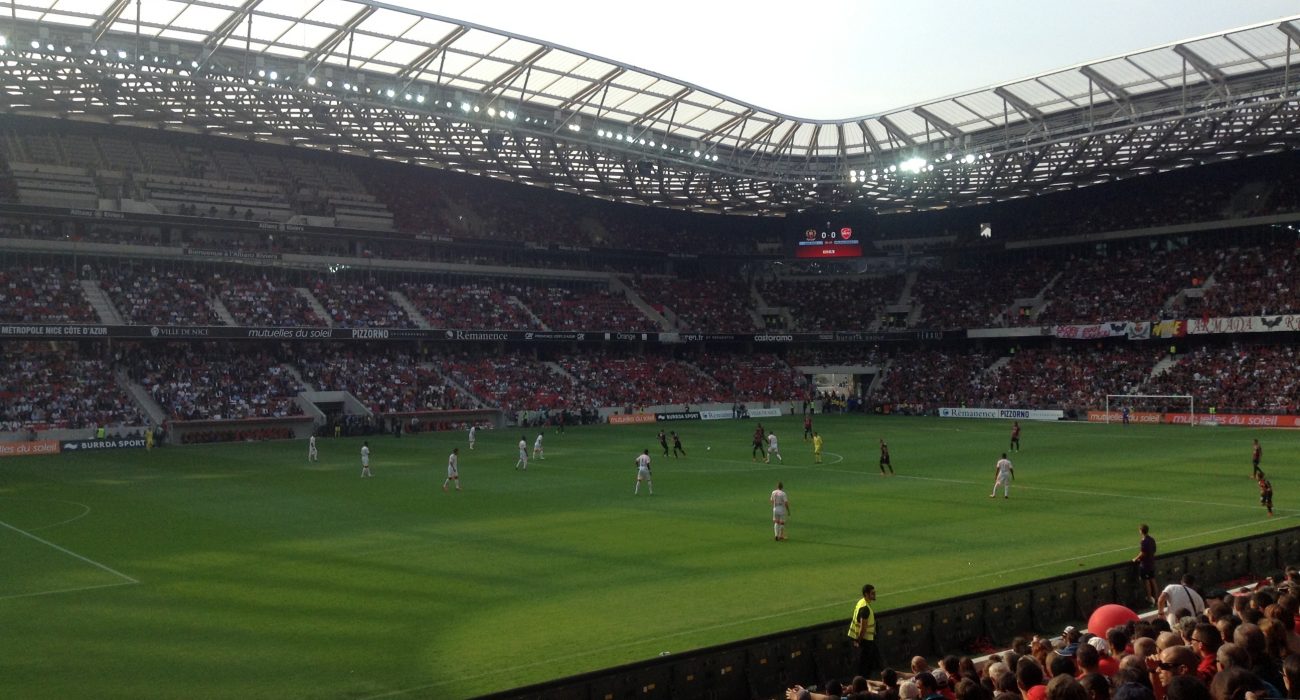 (OGC) Nice To Meet You

There is a very legitimate reason why the Premier League is hailed as the best club division in the world. One simply needs to look at the last four champions: Manchester United, Manchester City, Chelsea and Leicester City. This consistently revolving power is not found in the remainder of the ‘big five’ leagues. Bayern Munich have won all of the last four Bundesliga titles, as have Paris Saint-Germain and Juventus in Ligue 1 and Serie A respectively. Barcelona have won three of the last four La Liga titles with only Atlético Madrid’s 2013-14 title triumph disrupting their reign.

Every once in a while, however, we get a small, well organised club playing David and Goliath with the league’s monsters. Step forward Olympique Gymnaste Club Nice Côte d’Azur, or OGC Nice.

Currently sitting pretty at the top of Ligue 1 (pronounced “Ligue Un”, not “League One”, to avoid confusion with the English third division), OGC Nice have amassed 29 points over 12 games and, despite losing their first league game of the season in the last round of fixtures, still have a three-point lead over Monaco and PSG.

For those who are more keenly eyed, this should not be much of a surprise. Last season, Nice finished in an astonishingly high 4th place, which was only the second time the club had finished in the European places since 1976. This season, the club is giving PSG and Monaco serious cause for concern.

So where has this sudden momentum come from? There are always a number of factors which have to work in tandem to turn results from negative to positive: a tactically astute manager, a club philosophy which everyone buys into, a clever transfer strategy, and a strong mental will to succeed.

Often, the first of those factors, the manager, is responsible for the rest, but all are of equal importance. For Nice, the expertise of Claude Puel (the current Southampton manager) and Lucien Favre have been crucial in the past two seasons and the club have used a transfer strategy which may be risky, but when executed correctly can have a dramatically positive influence.

Claude Puel’s team in the 2015/16 campaign was a fine example of craftsmanship, constructed so that each individual played his preferred role to complement the team. The imperious Paul Baysse put heart into the defence while Ricardo Pereira (on loan from Porto) and Jérémy Pied (now at Southampton) comfortably fulfilled the fullback positions. Nampalys Mendy held down the defensive midfield role so effectively that he was signed by Leicester City in the summer as a replacement for fellow countryman N’Golo Kanté.

Mercurial talent Hatem Ben Arfa revived his career in the 2015/16 campaign, scoring 17 goals and picking up 6 assists in 34 appearances, earning the Frenchman a dream move to PSG. With Valère Germain providing the firepower up front, the well balanced squad finished in the Europa League spot, only two points off Lyon in second.

Puel decided to leave Nice that summer for Southampton, but what he left behind provided the bedrock for Lucien Favre to build on. As the cliché goes, “if it ain’t broke, don’t fix it”. Favre’s high-tempo, attacking football philosophy, which he had implemented so effectively at his previous club Borussia Mönchengladbach, was similar to Puel’s style, which made the transition between the two coaches very simple.

For Nice’s defence, Favre brought in Baysse permanently and complemented his brawn with, well, more brawn in former Bayern Munich and Brazilian defender, Dante. Although Nice could not keep hold of Pied, they managed to secure the versatile Pereira for a second loan spell; he has already scored one goal and laid on three assists for his teammates, all from fullback positions.

On the left side of defence, Nice brought in the reasonably unknown Dalbert from Vitória de Guimarães for just £1.7 million, and he has established himself as an important starter. The most impressive business Nice have done in defence was actually to promote Malang Sarr from the youth team. The 17-year-old has started every single game of Nice’s season so far, displacing Dante from the centre of defence, and proving the old cliché “if you are good enough, you are old enough”.

Sarr is not the only promising youngster to play for Nice. Olivier Boscagli, 18, is regarded as a very capable defender and Vincent Koziello, 21, notched up three goals and six assists from midfield under Puel last season. Wylan Cyprien, 21, a summer acquisition from RC Lens, has already scored four goals and picked up two assists from central midfield too.

The real creative fulcrum in Nice’s midfield, however, is Jean Michael Seri. The Ivorian has only been playing top division football for three seasons, but seems really at home under Favre’s tutelage, already accomplishing a goal and six assists in ten starts. Adding some experience to Nice’s midfield is on-loan Younès Belhanda. If you recognise the name, it may be because he was instrumental (along with Olivier Giroud) in Montpellier’s legendary Ligue 1 title in the 2011/12 season.

In attack, Nice have two very capable forwards. Alassane Pléa is a multifunctional player who, at 23, seems to be hitting the potential he was touted for back at Lyon. With eight goals in sixteen appearances, the Frenchman has already surpassed his personal best scoring tally in a season.

Rotating the striker position with Pléa is a certain Mario Balotelli. The Italian striker was snapped up by Nice on a free transfer on the last day of the 2016 summer transfer window. Having failed at AC Milan and Liverpool most recently, Mino Raiola, Balotelli’s agent, clearly noted Nice’s ability to coax performances out of frustratingly talented footballers like Ben Arfa. And so, it makes sense that the former Manchester City striker has scored six goals in six appearances for the club and, of course, picked up a red card along the way.

The potential in Nice’s youngsters is huge, so when one combines that with experienced quality, you have a serious winning formula. In Balotelli, Dante and Belhanda, Nice have a thee time Serie A and Premier League champion, a three time Bundesliga champion and a Ligue 1 champion.

Under Lucian Favre, Nice have got a coach who knows how to harness a player’s potential. Examples of youngsters who have grown with the Swiss manager are Marco Reus, Granit Xhaka and Marc-André ter Stegen, all now plying their trade at Borussia Dortmund, Arsenal and Barcelona respectively. If Favre can have the same impact on his youth at Nice, and manage to keep hold of them beyond the January transfer window, the club has a genuine shot at the title this season. Having not won the domestic title since the 1950s, the achievement would be beautifully romantic as well as seismic to French football.

Breathing down Nice’s neck, however, are the French giants of Paris Saint-Germain and Monaco. The former have needed time to adjust from Laurent Blanc’s regime to Unai Emery’s, but are starting to click into gear with four wins out of the last five. Monaco, under the exciting manager Leonardo Jardim, also have a young squad bursting at the seams with talent. Nice’s problem may be their lack of squad depth when it comes to keeping up their title push. However, under a coach like Lucien Favre, anything is possible.