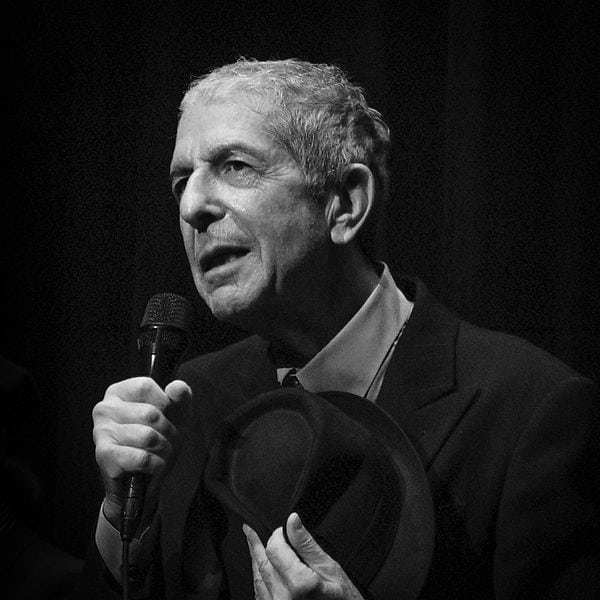 Fish Out Of Water: Listening to Leonard Cohen

Before Leonard Cohen’s passing a couple of weeks ago, I — perhaps like many people — had not actually heard a great deal of his work. The only song of Cohen’s I knew was ‘Hallelujah’, and even then that had been butchered through many a bad singalong on long road trips. So I took the opportunity to get a bit better acquainted with his work through his various phases, picking up track recommendations from not just fellow Mancunion contributor Oscar Talbot but indeed another Cohen super-fan in the form of my mum.

Following a quick primer from both of my contacts, I started out with his earliest, folky work and what first struck me was the gravelly growl of Cohen’s voice, which could not have contrasted more with the soft acoustic guitar backing. The reputation I had for Cohen was for wry, intelligent lyrics on relationships —  and in songs such as ‘Suzanne’ and ‘So Long Marianne‘  they were certainly delivered — but I was not aware that even as a young man, his voice was already prompting reviewers to hand out clichés such as “whisky-soaked” on a plate.

Nonetheless, once the shock subsided, it was hard to deny the beautiful melancholy of his work, the sort of thing you imagine could be the soundtrack to coffee and cigarettes at midnight. More often than not, I found that any excess angst was tempered with a sly streak of dry, dark humour, ‘Joan of Arc’ — on which he laments how the titular heroine had “no man to get her through this smoky night” — is a particularly good example. So far — although I would not describe myself as a huge fan of folk music — I was enjoying his work and particularly the poetic lyrics.

I then moved on from this into mid-career Cohen, keeping the gravelly voice but swapping the acoustic guitar for what sounded like a full lounge band with a bit more bounce — he even manages to go as far as a disco collaboration on ‘First We Take Manhattan’! There were some slightly more… leftfield lyrics  — I had only just recovered from the shock of the gravelly voice before Cohen growled “give me crack and anal sex” on ‘The Future’ — and a generally much more confident feel, at this point Cohen was famous, respected, and he knew it. This period of his work was certainly musically catchier, but at this point I was hooked on Cohen’s lyrics and found that his more minimal earlier material allowed his wordplay to come across more clearly.

Finally, I moved to latter-day Cohen with his last release You Want It Darker. Rather than being a footnote at the end of his career, I was completely blown away by the title track especially. The stripped-back style with bass, organ, and choir allowed the raw and poignant imagery and refrain of “I’m ready, my Lord” to shine through. I imagine there will be plenty of comparisons to Blackstar, but even as a huge Bowie fan, Cohen’s simple yet hard-hitting approach to what he knew would be his swansong ended up feeling far more intimate and must have been a tough listen for any long-time Cohen fan.

Throughout my journey through his discography, I felt that I was taking away more from Cohen’s lyrics than his music, and was keen to find out more about the man in general. Taking the time to watch a couple of interviews with Cohen in which he meditates on subjects such as love, relationships, and his depression was definitely worth it, as was reading a little around Cohen’s life. In particular, the choice he faced as a young man between life as a bohemian poet or respectably settling into the business life expected of him revealed a lot about his character and motivations. I was also very pleasantly surprised to find out that in addition to poetry, he wrote novels as a young man and given how much I enjoyed his lyrics, I have promised myself to get hold of and read these books as soon as I can!

To wrap up, I have really enjoyed being able to get better acquainted with Leonard Cohen’s work and am really looking forward to reading some of his poetry and novels. I have found that his more stripped-back work at each end of his career lays clear his gift for observing people and their relationships. Still, my focus on his lyrics should not be read as any disrespect to his musical work – I can now see that the huge outpouring of grief for Cohen was well-deserved, especially since he was clearly able to produce great music and lyrics across his entire career.