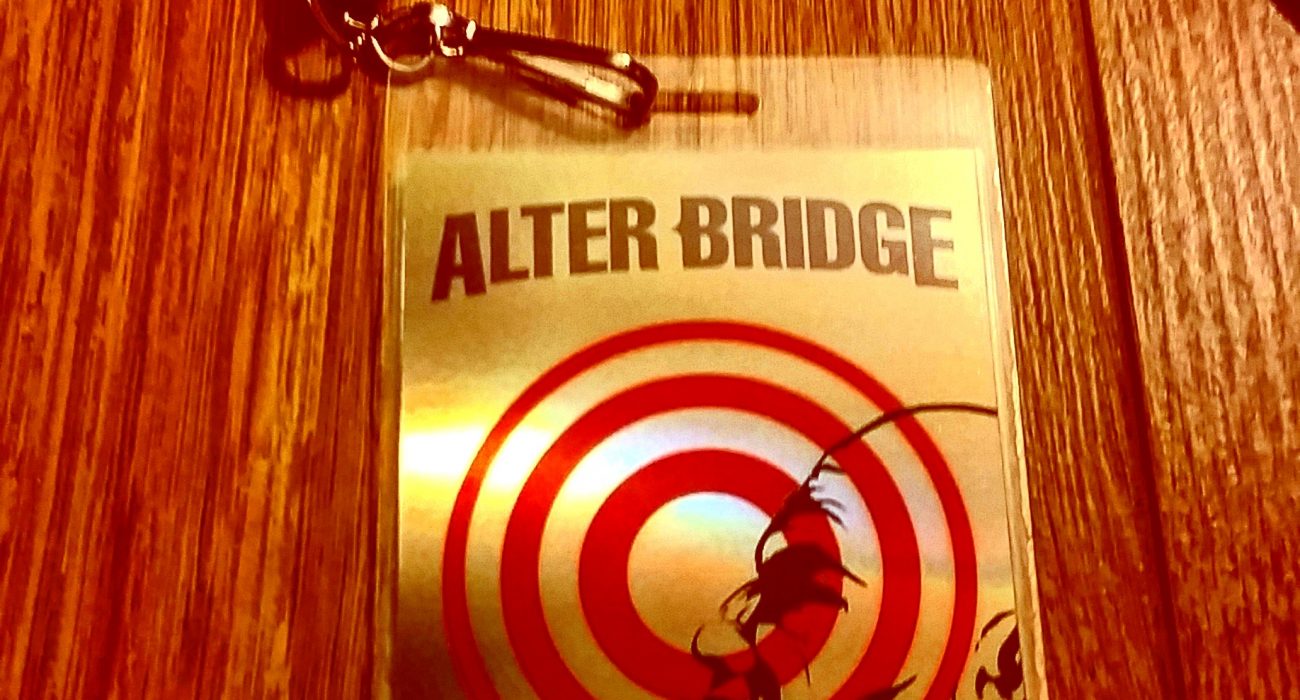 Feature: Should you ever meet your heroes?

You have £150 and you decide to treat yourself. What would you buy? Perhaps you would purchase one remarkably cute kitten? Or 600 of Cadbury’s finest Freddos to store for winter hibernation? Or would you spend it on breaking the golden rule of never meeting your heroes? I chose the latter of the three — as tempting as the other options sound.

Myles Kennedy, otherwise known as the hardest working man in rock music today and two-time winner of Loudwire’s Best Vocalist award, is a human I am very much in awe of. So when Kennedy’s band, Alter Bridge, offered a meet and greet package for UK fans, it was nigh on impossible to resist spending some of my hard-earned cash on a brief encounter with the man himself.

After purchasing this golden ticket, I started to hope that I was going to be as lucky as Jack (of magic beans fame). Was this daylight robbery or will this really be a little piece of magic that I will treasure forever? The package promised: a photo with the band, access to soundcheck, early access to the venue, a limited edition poster and a tour laminate. A selfie with Bieber is $2,000, so this was feeling like a pretty good deal.

However, I could not help but feel as though I had just purchased a ticket to this century’s interpretation of a freak show — a human zoo in which we all queue to gawp at these celestial beings.

For preparation purposes, I resorted to YouTube to seek out what to expect from an Alter Bridge meet and greet. Fan-made videos showed four men sat behind a table with the pictorial definition of ‘perturbed’ splattered across their faces. I was surprised at the pluck of some of the fans, shoving cameras in the band’s faces with the same vigour one would encounter in a Tom & Jerry pie-throwing duel. It was at this point that I started to doubt that I had signed my soul — and £150 — away to the right cause.

On the day of the meet and greet, my stomach was an aviary of wingèd creatures. After experiencing three stages of queuing purgatory at Manchester Arena, a stern lady approached us and asserted that she and the security team would be “ruling our meet and greet with an iron fist.”

The whole experience was all too reminiscent of queuing for lunch in primary school, contending with the draconian command of dinner ladies in a quest to get a slice of that highly sought after rainbow sprinkles cake. However, I was pleasantly surprised by the camaraderie among the fans who were present. It was wonderful to be nestled into this personification of a patchwork quilt, all unique pieces but all part of the same foundation that contribute to the success of Alter Bridge. We should never underestimate the sheer power music has in connecting the dots of our individualistic society.

Overall, we spent no more than fifteen minutes in the presence of the band, and only one of these minutes allowed for any face-to-face interaction. We danced the Hokey Cokey for two hours, a very strict ‘in-out, in-out’ policy when it came to moments with the band.

This rush left me with very little time to compute the reality of the situation. Thus, when my 10 seconds with Myles Kennedy arrived, “it’s a pleasure to meet you” was all I could squeak — twenty-one years of training in the art of conversation and this is what I produced. The cat got my tongue with ferocious tenacity.

I knew I should have said more, but out of fear of Ms Iron Fist and her security minions, I swiftly exited the room as instructed. At time of writing, my photo with the band is yet to be revealed, but one can only hope that my ability to keep my eyes open during the taking of a photo is superior to that of my language production skills.

So to whoever said you should never meet your heroes, I wholly empathise with you after this communicative fiasco. Furthermore, was the package worth £150? Probably not. But if you do get the chance to meet your hero, grab it — despite my conversational glitch, I am still smiling from meeting mine.