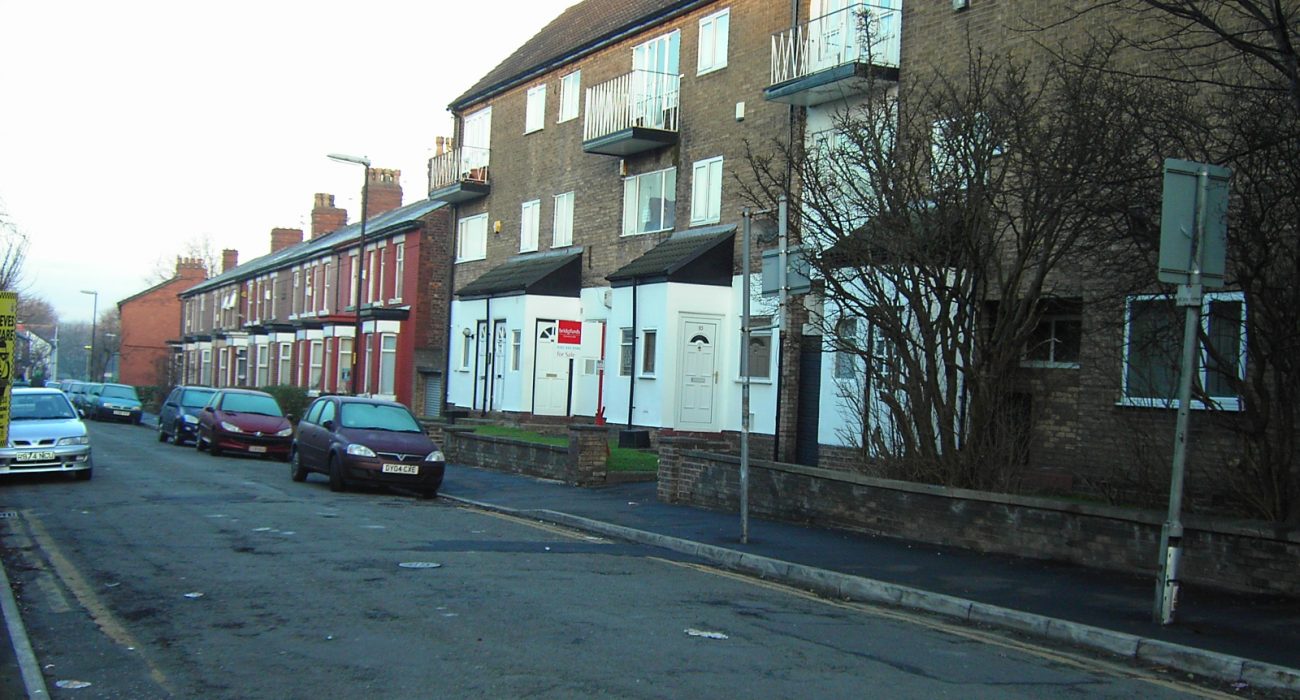 Austere approach to student noise problem is not working

Noisy neighbours, spoilt streets, wakeful weekends. What else springs to mind when you picture the cherished student areas of Manchester? There is certainly no secret in telling that us students like to live by David Guetta’s famed motto, ‘Work hard, play hard’, but not, it would seem, without causing severe disturbance to others. So, this Community Week, we wonder what is being done to deal with the problem of student noise.

With a population of over 85,000 students, coming largely from The University of Manchester, Manchester Metropolitan University and The University of Salford, the sheer size of the demographic is only to be expected. But in the areas of Fallowfield and Withington, where this remains at its densest, there is just no getting away from it. These late-night parties, which leave behind messy mornings of mayhem, are beginning to take their toll on our relationship with the local community — we must look to the measures being taken to ease the tension between students and residents.

There is certainly no coincidence in the consistently sharp rocket of noise complaints received by authorities each year, as the summer comes to an end and term time comes back around. The Greater Manchester Police Fallowfield, Withington, Levenshulme & Burnage Facebook page, deeming it necessary to create their own hashtag to address the problem, posted on the 21st of October: “#NoiseNuisance is still a prevalent issue in our student community.”

Last year almost 400 properties were visited by university, police and council staff who reminded students to be mindful of their neighbours. Since the start of this academic year alone, another 64 official warnings have been issued to residents over complaints and five more student houses have fallen victim to noise abatement notices. If breached, these could end up leading to noise-making equipment being taken, exclusion from university, or even prosecution.

And yet, while it is clear that firm action is being taken to confront the concern, many members of the local area remain tormented by such anti-social behaviour, which continues to have a harmful impact on their day-to-day lives.

Councillor Nigel Murphy, Manchester City Council’s executive member for neighbourhoods, says: “We understand high spirits are often in abundance during the academic year but I would like students to remember they are part of a wider community — and as such should respect their neighbours. Inconsiderate noise, especially late at night, can be extremely distressing for residents — which is why we take the problem seriously, working alongside the police and the city’s universities to tackle the issue.”

Though however sad to say, the sense of feeling safe in one’s own area is not a claim that is being made by many local residents living in Fallowfield and Withington at the present time. Thus, it is not surprising that they have, over the years, been calling for various different programs to put a stop to the persistent problem. First up was the ‘student levy’, in which it was suggested that an annual £5 paid per student could fund a £400,000 night patrol to tackle rowdy parties, crime and litter. Then came the suggestion of a ‘citizenship test’, taken by those wishing to rent property in the area, which proposed a series of questions and situations around the topic of life within the community. However, fortunately for us, these were both rejected by the universities, who insist that they are taking matters into their own hands.

This promise came about in the form of a new trial night-time response scheme, in which bosses at The University of Manchester and Manchester Metropolitan University hired two private security guards to patrol the most affected student areas of the city. From Saturday September 17th until Saturday November 5th, the scheme employed two wardens, who made the rounds on crucial dates of the student calendar, including Freshers’ Week and Halloween. In an effort to clamp down on noisy nuisance and discourage boisterous behaviour, they were instructed to pay particular attention to the list of top ten roads for rowdy parties, released by council officers in June 2015, including Egerton, Granville, and Amherst.

A spokesperson for the universities explains that the purpose of this new program was “to provide initial responses and early intervention to evidence noise and other anti-social behaviour. This complemented the residents’ complaints phone helpline (recorded messaging service) operated by Manchester Student Homes on behalf of the two universities.”

He added that they remain “committed to ensuring harmonious relationships between students and the community, working with partners and through residents’ forums to ensure noise complaints and anti-social behaviour are kept to a minimum. We undertake intensive work to educate our students and take action to prevent incidents from taking place”.

But what exactly is it that constitutes, for these residents, such considered disorderly conduct? Without a doubt, those out-of-control house parties of 200 or more people spilling out onto the streets and plaguing the peace of the community do exist and do wreak havoc for all those living in the surrounding areas. But does this then mean that those wanting to politely play some inoffensive music after dark on the weekend must live in the shadow of these selfishly set examples?

We chatted with English Literature student, Eliza Slawther, who has had some bad experiences with neighbours this year in Fallowfield.

“We’ve never had any parties but the boys I live with have quite loud speakers and they sometimes play music during the day. One time they banged on the wall so we turned it down. We’ve bumped into them a few times and they’ve told us that they have work, so asked that we not play music.”

In a genuine attempt at negotiation, she recounts her neighbours’ harsh response: “We were planning a birthday party for one of the boys and told them, so they’d be aware. They said that if we went ahead with the party they’d immediately phone the police. They complained to the council and the university, and our letting agent sent us a letter saying we could face eviction if it continued.”

When asked how Eliza felt this had affected her relationship with them, she replied, “we initially felt angry and wanted to be even louder just to annoy them but realised that would never solve the problem, so now I think everyone in my house just feels quite resentful.”

All she asks for is “some cooperation in terms of coming to a compromise, e.g. allowing noise to go on later Friday or Saturday nights as long as neighbours have a few days’ notice. I do feel bad for people who have to get up early for work but it is also annoying living in a house where you can’t even listen to music without getting complaints.”

It seems then, perhaps, that those few unruly cases, which do require the necessary reaction of brutal force that they come up against, end up branding all students with a regrettably ruined reputation and are therefore driving the wedge between university and the local community even further.

The spokesperson for The University of Manchester and Manchester Metropolitan University admits: “The majority of students live respectfully in the community and continue to bring many positive benefits” and that it is merely “a minority that can cause noise complaints.” Such as is the case with Eliza, we can see a rapidly growing issue worsening to the point that, even for the well-behaved students, neighbourly relations are destined to fall flat from the word go.

There is certainly an argument to be made that the strict sanctions in place merely serve to aggravate the hostility. Instead of improving local community rapport with the university on arrival, it is all too often the case that students are just warned to keep quiet or face prosecution. What happened to prevention being better than cure?

For Saffa Mir, this year’s Community Officer at The University of Manchester, whose key role is to act as a go-between in bringing students and the local community closer together, this is central to solving the problem: “There’s a lot of emphasis around the aftermath of what to do with students that act with this behaviour, but I’m trying to focus on the positives.”

“The reasons these tensions exist are because you’ve not created that relationship with your neighbour and your community, so they’re less likely to like you. Fundamentally, I’m not saying don’t have a party, I’m totally against saying that — enjoy yourself, that’s why you’re here at university — but let’s create those relationships!”

Last year, the police and council workers spent the best part of Freshers’ Week visiting students in the worst affected areas of Fallowfield and Withington, warning them to respect their neighbours or face the consequences. However, the fact of the matter is that even though this is important, little is being done elsewhere, in anticipation of such scenarios, to promote mere friendly exchange between the two parties.

It is for this reason that Community Week, running from Monday the 5th of December till Friday the 9th of December, has been set up to help overcome the negative misconceptions that some residents have about students living within the community. The array of events on offer, including mass clean-ups, a ‘Hidden Gems’ tour of the city and an interfaith evening, seek to integrate the student and local resident populations by giving them both the chance to work on a range of community-led projects together.

“My biggest thing was that a lot of students volunteer and a lot of local community members volunteer but not together, and a lot of students don’t volunteer for the community in which they live (not to say that one volunteering is better than any other). So, we’ve got things like cleaning the park — residents can complain about students making litter or whatever but if they’re sat there with you cleaning it up, you can’t really complain about them because they’re with you.”

Aside from Community Week, Saffa has plenty more lined up to keep her busy in the coming term. She has been coordinating a collaboration with the Fallowfield Community Guardians to gain an insight into understanding the situation from an alternative perspective of those most affected. In addition to this, she has been hard at work on another pre-emptive strategy for when students first move into new houses in the local area.

“The plan in second semester, ready to roll out for Welcome Week the next academic year, is to get the university to send out resources to houses encouraging you to get to know your neighbour — something as simple as a postcard with ‘hello’ on it — you don’t even need to speak to your neighbour, you just post it straight through their letterbox.” Rather humbly, she adds: “I don’t think I can change the world with this one week but every little helps and hopefully it can become a long term thing!”

By reaching out to students more, and encouraging the creation of cordial neighbourly relationships within the local community, before any troublesome situations might arise, we can move closer to establishing a communally cohesive neighbourhood: an environment that would be mutually beneficial for everyone involved.

Most students are, after all, good neighbours and it is a real shame that a small minority are there to cause all the problems. Nevertheless, we hope that Saffa and her team will harness the power to change this, and at last set in motion a shift towards a caring community, so that we can all finally get a good night’s sleep — if that is what you are looking for.