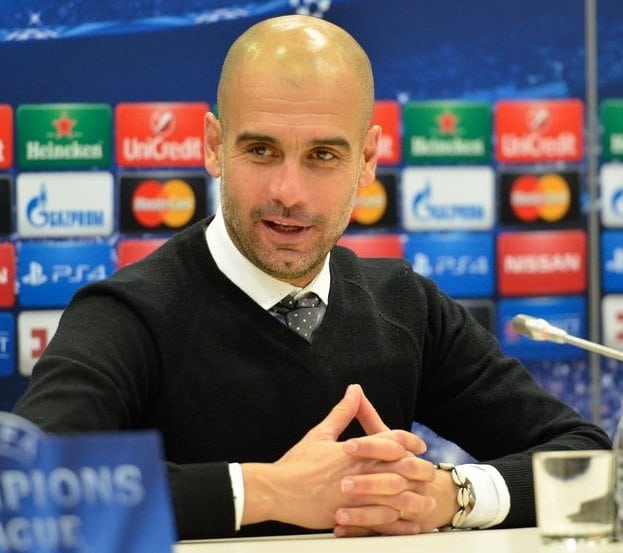 Pep Guardiola’s Manchester City have had a rollercoaster first few months together. The first ten games of the season were exceptional as Guardiola got the perfect reaction to his new style from the City players. The new manager had always persisted that he would need time to get his philosophy instilled in the City team, but it all seemed to piece together quicker than he expected.

He made the goalkeeper vital to every attack and gave a new lease of life to players like Raheem Sterling and more surprisingly Alecksander Kolarov. The team went on a ten-game winning streak. Since then, though, the Blues have slightly slipped down to fourth place.

Big wins over Manchester United and Barcelona will see the City faithful happy, and they are only a few points off the top spot. But with Chelsea in full swing with their new manager, Mourinho picking up some steam at Old Trafford, and even Arsenal not bottling every single game they play this year, the City fans may be tempted to panic a little after a string of less convincing results. But this is a transition period, and they should not panic — patience is a virtue and this team are gelling slowly. There are two main causes of concern for Manchester City: the back three and the goalkeeper. Watch, as I put your mind at ease and allow you to relax over this festive period.

It is almost as if Pep was too effective for his own good. His back four did excellent for the first part of the season, so he saw fit that it was time to bring in the Guardiola back three. This has worked at both Barcelona and Bayern Munich, but even there he did not bring it in this early. Injuries to Bacary Sagna, Pablo Zabaleta, and Gael Clichy may have slightly forced his hand also.

It was a big change, when you consider that City were playing with a brand-new style of football (passing it around, instead of the Pellegrini pass-to-Navas-and-run-down-the-bloody-wing), and that both John Stones and Claudio Bravo were new to the team. Not to mention that Kolarov was playing in a very new position, as he was very much an attacking full-back last season instead of a centre-back.

This is the stage of this article where Tommy from the Red Lion puts down the paper and stands on a chair. “Aye! That fancy fella in the fancy coat may look alright, but this back three stuff is too fancy. It might’ve worked in Barce-bloody-lona, but this is the North! Stop fannying about!” Tommy, however, is short-sighted. The back three could work great at City, and is proving very successful at Chelsea at the moment. Also, Guardiola loves the back three and it generally works well with him.

There is an argument that the back three may have been installed a little bit too soon. But, the quicker that Guardiola can put in place his way of thinking, then the quicker City can get used to it and get playing the way they should be. City fans should ride the wave with this one.

We all love a good moan, don’t we? City fans have been complaining for years about Joe Hart’s kicking, and now that he has left City fans are adamant that he could have adapted to Guardiola’s style of play. Guardiola was announced as City manager in January, but only took over in June; Joe Hart knew for a long time that he would need to impress with his feet, and he was given the summer. Unfortunately, he did not. Claudio Bravo came in and has been great with his feet.

However, that does not mean that Bravo has had a good time of it so far, this season. He has been at fault a couple of times and even managed to get himself sent off for a handball in the middle of the pitch (that, I admit, is very difficult to defend).

I get it, the headteacher sacked your favourite teacher because he wasn’t really teaching very well, and you are mad about it. That is fine, be mad. But maybe don’t take it out on the new substitute teacher that isn’t half as bad as you are making out.

Bravo is not as good a shot stopper as Joe Hart, and probably never will be. But he will be good enough if given time, and he starts so many more attacks than Joe Hart could. Some of the passing this season from Bravo has been fantastic, he forces the opponents to push right up and close him down, he then rides the pressure, and passes to a now free central midfielder who can turn and go score a goal. It all sounds very simple on paper, of course, but that is what he does so well. Thierry Henry recently said: “When Pep has a plan, respect the plan.”

So, do not worry! This is not Tommy from the Red Lion managing Manchester City — it is Champions League winner Pep Guardiola, and he knows what he is doing. Do not worry that Guardiola “won’t adapt to the Premier League”. Guardiola changed his style as he moved from Barcelona to Bayern Munich because of the league, using wingers an awful lot more. Guardiola is not a polar bear that has been thrown in the Sahara — he will adapt but he can do so in time, and the League will also somewhat adapt to him.

(Feel free to tweet me a link to this article if Pep Guardiola gets fired at the end of next season for finishing 12th after playing with a back three the whole season.)