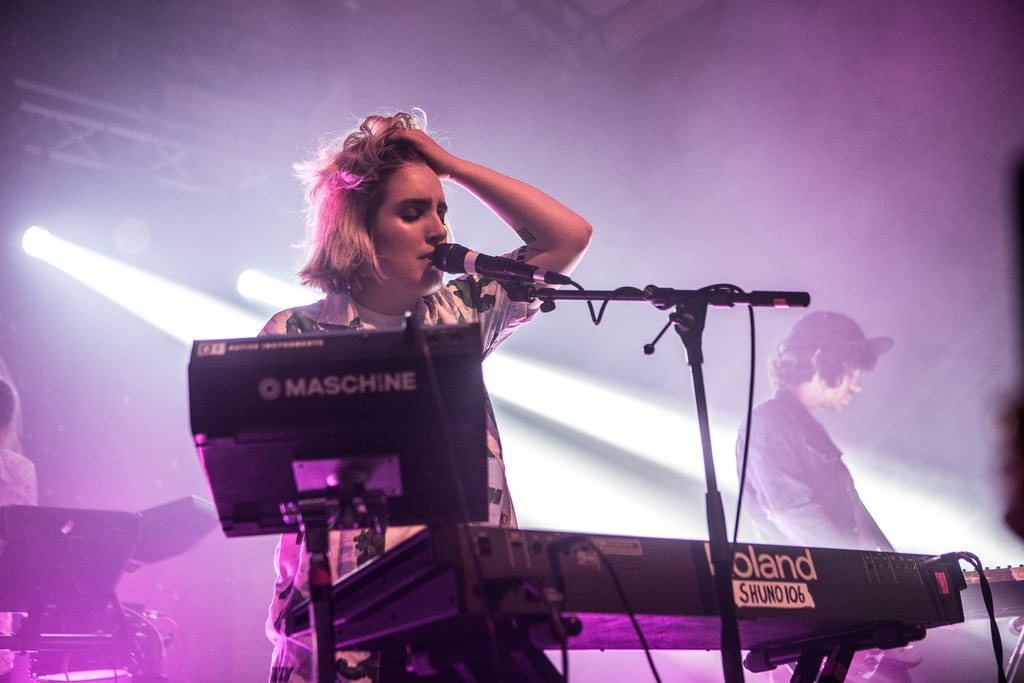 After releasing her debut album earlier in the year, Shura rounded off her year in her home town. Between asides to the crowd about growing up in ‘Alty’, she played a set of her own brand of synth-pop. From the first song, it was clear why Shura has been on heavy rotation both at Radio 1 and 6 Music: the easily accessible pop music fits well into the Radio 1 A and B lists whilst Shura’s unique queer perspective in her lyrics appeals to the 6 Music crowd.

Yet the music often has interesting textures adding more complexity to her radio-friendly dance pop. Queer lyrics are in plentiful supply, the song ‘311215’ features a quiet spoken word interlude and the ending to ‘2Shy’ sounds like early U2. There are definitely enough interesting elements to get your teeth into. But barely.

The main problem with the show, and Shura’s music in general, is that there isn’t enough to get into. She has her moments sure, but after half a dozen very similar songs about heartbreak and love in a row, her queer perspective stops being a perspective and becomes a novelty. It stops being interesting and, since novelties tend to wear off, you end up being left with not very much. Just simplistic synth pop.

The band’s stage presence doesn’t help matters either. Make no mistake, Shura is often funny and charming, but when you and your band stand static onstage, you don’t add anything extra to your performance. However, you did get the sense that Shura did feel passionate about her final show of 2016, especially when playing to a home crowd. Unfortunately, that wasn’t enough to keep the ultimately disappointing show interesting.