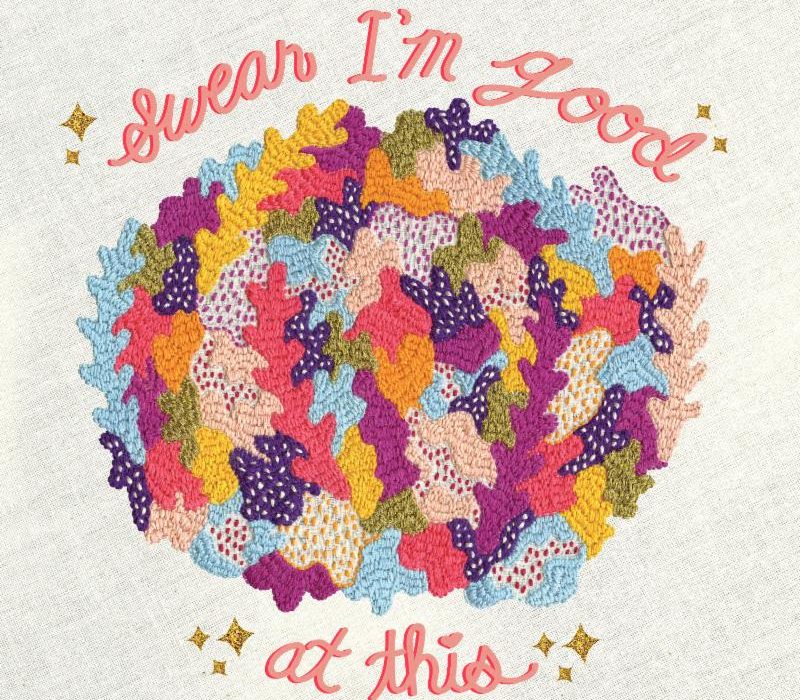 Tracks of the week: 16th January

New York ‘slop-pop’ duo have always been happy to call people out for their nonsense over the course of their short career so far, but on ‘Tummy Ache’, the new single from their forthcoming debut Swear I’m Good at This, things feel a little different. Singer Alex Luciano’s charming yelp is as compelling as ever, but here the riffs are grungier and the subject matter weightier. Leaving snobby ex-boyfriends and lousy dinner dates in the past, here Luciano is all about ‘radical softness’ and the difficulties associated with carving out her own space in the macho DIY punk scene. With songs this good, Diet Cig and like-minded contemporaries PWR BTTM just might succeed.

Though they’ve been touring the the last few years, it’s been twenty-two years since Slowdive last put out any new music. Comeback track ‘Star Roving’ overlooks the experimentation that characterised their swansong, 1995’s Pygmalion, and looks back to the loud, reverberating shoegaze that they made their name on. The return of beloved bands is always an intimidating prospect, but this track oozes confidence: after a bright, minute-long introduction that adds layer after layer of guitars, the track introduces a driving rhythm and soaring vocals. It’s considerably brighter and more anthemic than anything else they’ve put out before. Unfortunately, it’s curiously bloodless: lacking any of the queasy romance and weightless feel that made their prior peaks so memorable, this track ends up feeling like a somewhat generic alternative-rock song.

A new cut from upcoming album Semper Femina, this track takes a few steps away from Marling’s characteristically English folk towards the sweet soul of the USA. Borrowing some vocal affectations from Bob Dylan, Marling complements the song with some clean guitars and soft keyboards, giving the song a warm and laid-back tone. Marling comes across as a wise figure imparting some wisdom on those around her: she sings “you want to get high? You overcome those desires before you come to me”, promising “I can take that all away”. In a press release, Marling explains; “I started out writing Semper Femina as if a man was writing about a woman. And then I thought…I don’t need to pretend it’s a man to justify the intimacy of the way I’m looking and feeling about women”, suggesting a subversion of traditional musical tropes in favour of an empathetic approach that is well complemented by the warm instrumentation on this song.

It’s been a long time since anybody’s heard the Antlers frontman Peter Silberman sing in such a sparse context, having been happier to surround himself with soulful brass, post-rock bluster and hazy electronics for his full-band efforts. For his upcoming solo record Impermanence, Silberman strips things down and puts his silky, fragile voice at the forefront, accompanied by softly reverbed guitars and some swelling strings at the song’s climax. Once again he is lonely and pensive, on this track ruminating over half-memories of New York, a city that fits with the album’s titular theme. It’s comforting to know that, coming from a band better known for their complex, fussed-over instrumentals, that Silberman can be just as compelling in the format of a stripped-down ballad.

After spending most of her musical career sharing the spotlight with her sister and sometimes-collaborator Katie Crutchfield of Waxahatchee or her former band Swearin’, Allison Crutchfield is finally stepping out of their shadow to release some music under her own name. Turns out it’s surprisingly sunny: she’s ditched the stormy punk of her previous projects for surf guitars, lilting vocals and sugary keyboards. It’s a surprisingly flattering change of style, if highly reminiscent of her sister’s foray into bright, keyboard driven pop on the Waxahatchee song ‘La Loose’. Apparently this is a big week for location-based metaphors, because alongside Peter Silberman’s ruminations on New York, Crutchfield uses California as a metaphor for a relationship that’s long been past its prime but she can’t bring herself to end anyhow: “I’m really starting to hate you and anyways I am looking to move…I keep confusing love and nostalgia.”