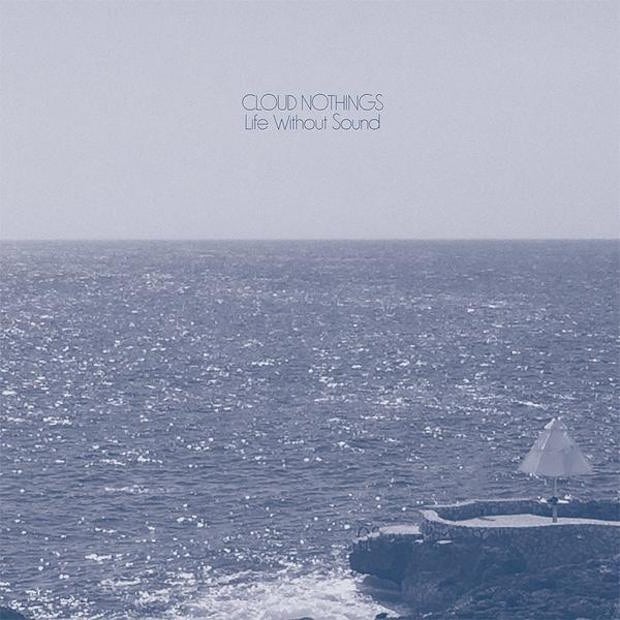 After a three year wait for new material, Cloud Nothings have released their fourth studio album: Life Without Sound represents a slight change in production, with a rather pensive feel surrounding the record.

Fans of Cloud Nothings will be glad to know that the album’s title doesn’t suggest a complete toning-down of the fast and ferocious indie-rock style that the US band have channelled through their first three studio albums. However, album-opener ‘Up To The Surface’ begins with a somewhat despondent piano solo and suggests a different approach from the group to their songwriting compared to earlier releases.

Earlier and more angst-themed records from Cloud Nothings, Attack on Memory and Here and Nowhere Else for example, were propelled through the vocals of Dylan Baldi and the fast-paced drums of Jayson Gercycz. Life Without Sound, on the other hand, shows songs progression to develop more slowly, which songs such as ‘Up To The Surface’ and ‘Strange Year’ both show, culminating into a heightened climax. This new direction provides some of the best moments of the album, highlighting the group from Cleveland are able to break new ground.

Despite this, the group seems keen to retain an element of their earlier work in this effort. Mid-album tracks ‘Internal World’, ‘Darkened Rings’ and ‘Modern Act’ are reminiscent of the sounds of 2012’s Attack On Memory, and should please those who have followed the group since their debut EP release in 2010.

Baldi himself has called this latest record a reflection of the band’s approach to new age music. Together with producer John Congleton, Cloud Nothings have managed to successfully broaden their musical range despite the difficulties over moving past the heavier sounds, from which the alt-rock group found their success.

Perhaps this will be seen in later years as a transitional album from Cloud Nothings. The promising seeds of development and change are evident, no more so than in ‘Enter Entirely’, a song which grows from a quiet introduction to a thumping and emotional chorus. A lack of pacey guitar hooks shows the direction with which Cloud Nothings are heading with their new sound.

While Life Without Sound may not become an instant fan-favourite amongst other releases, it ranks as a strong effort. The emotional touch of Baldi’s lyrics and heaviness of new guitarist Chris Brown’s guitar imply the group are making their next distinctive statement through new, more thought-out compositions.