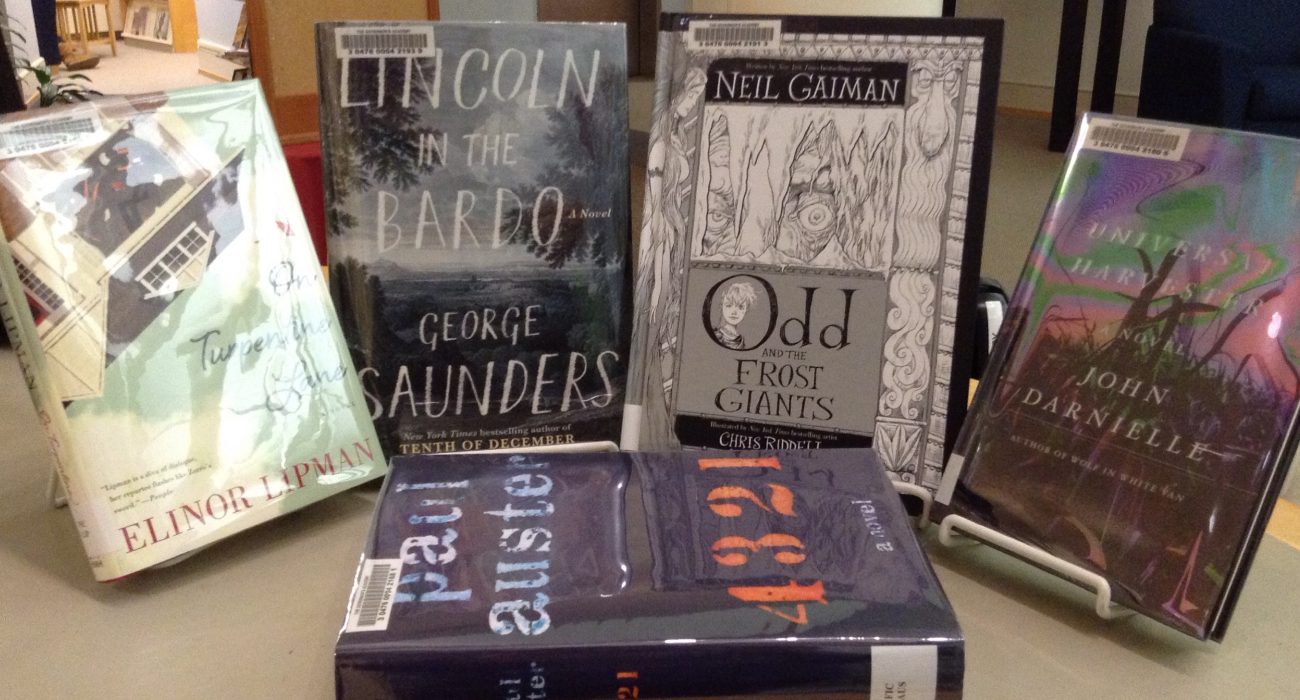 Review: Lincoln in the Bardo by George Saunders

When I first found out short story writer George Saunders, who’s famous for creating futuristic dystopias, had written a ghost story about Abraham Lincoln I was wary. Crossovers like Abraham Lincoln: Vampire Hunter and Pride and Prejudice and Zombies came to mind; I wasn’t sure if Saunders’ almost sci-fi style would translate into historical fiction. But, I shouldn’t have doubted him, Lincoln in the Bardo, his first novel, has cemented his place as one of the 21st century’s greatest writers. He’s been praised by the likes of Jonathan Franzen, Zadie Smith, Junot Díaz and Lorrie Moore and this highly anticipated novel certainly lives up to the hype.

The story takes place in a cemetery over one night in 1862 where Abraham Lincoln visited the crypt of his dead child, Willie. Saunders takes this emotionally charged situation and renders it sincere and realistic through the experimental way in which the novel is written (almost entirely in dialogue). At first glance, the book looks weird, there’s tonnes of empty space on the page and it looks more like a play-script than a novel.

And, it gets weirder. The novel is narrated by ghosts/spirits stuck in the Bardo (a sort of Buddhist version of Purgatory). Saunders’ knack for voice is incredible, each character is believable, sympathetic and hilarious. He accurately portrays anyone from gay aristocrats, opium addicts, slave owners, prostitutes and the President of the United States. With these characters Saunders creates an eclectic cacophony of voices each with their own compelling story to tell. Reading the book, you get lost in the reality of the many lives of its dead characters. It’s a feat that a lesser writer would make tacky but Saunders delivers beautifully. While at first, you may find the strange telling of the story confusing, by the end of the 300 or so pages, you can’t imagine it being written any other way.

As you can see, it’s very hard to pin the novel down into one category. Is it historical fiction? Kind of, but not really. Saunders (despite having clearly done a ridiculous amount of research) has a playful approach to historical reality. Is it a tragedy? Well yes it is sad, but also laugh out loud hilarious. This mix of tragedy and comedy is effective throughout all his stories and works brilliantly in the novel. Is it political? Despite being about a US President, it’s not particularly a political novel, Saunders’ universal observations on what it is to be human and how to face death are a lot more important. The impossibility to stick the novel into one genre is testament to Saunders’ range as a writer — he’s a master of tone, as comfortable writing about the tragic death of a young child as he is making 19th century dick jokes.

It must be said that many people don’t respond to Saunders’ more experimental writing style and Lincoln in the Bardo could seem to them a tiresome read. For those looking for lots of twists and turns in a narrative, this might not be the novel for you, Saunders creates an immersive world but not necessarily a page-turning plot.

There is definitely a life-affirming quality to his writing, and despite often being satirical and darkly comic, he always seems to end on a genuine note of positivity. I think this is something that’s often missing in literary fiction mainly because it’s something extremely hard to pull off without seeming sappy or cliché. Yet through his powerful tragicomic writing, Saunders manages to create a genuine emotional connection with readers and this is especially true in Lincoln in the Bardo.

The novel is unlike anything I’d ever read before and the experimental style is effective. I’d definitely recommend getting a copy, and if you’re looking for a quick introduction to his writing check out his short stories — many of them are available for free online.