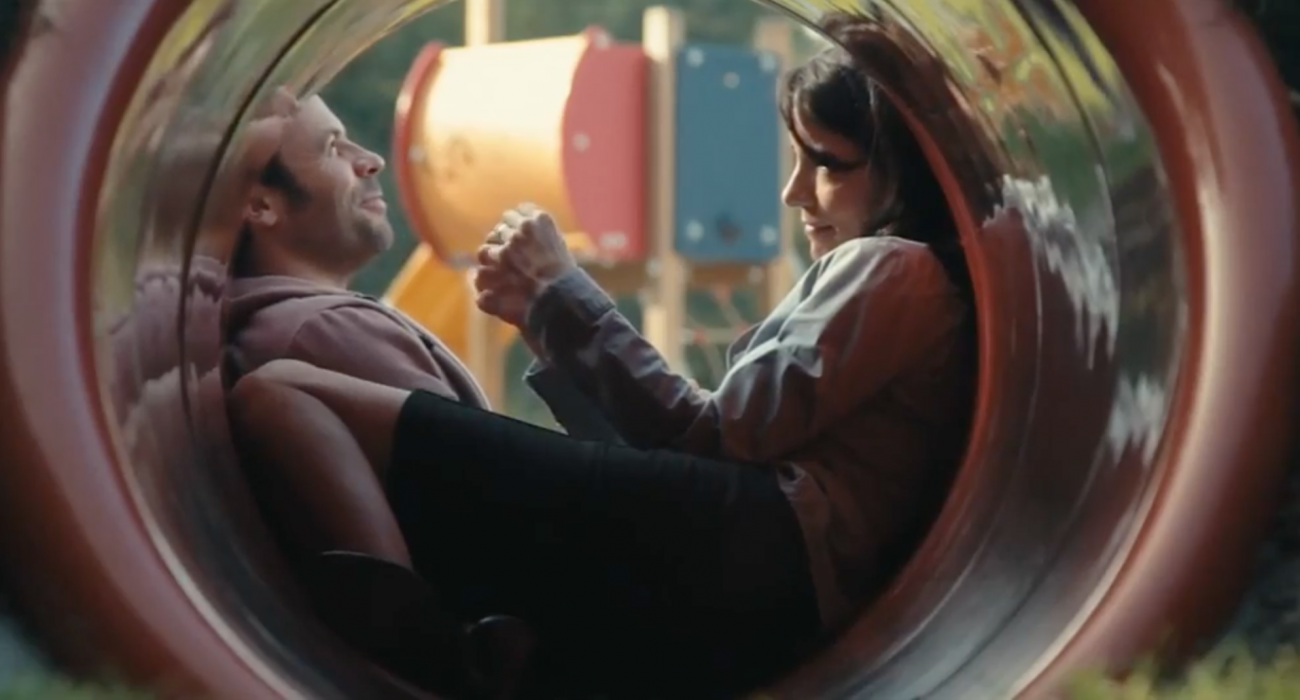 Review: Across the River

On day two of Manchester Film Festival it was an honour to witness the world premier of Across the River. A remarkable achievement in filmmaking given the micro budget the crew had, it goes to show that millions of pounds isn’t a requirement for making a heartwarming movie packing an emotional punch.

The story begins when Emma and Ryan bump into each other on the side of the River Thames. Emma, a highly regarded lawyer and Ryan, is seen on a tiny stretch of beach making sand art. Director Warren Malone is quick to convey the stark differences between the two, while also illustrating the tangible chemistry that is present.

On paper they shouldn’t possibly work yet we learn of a long passed relationship, ended when Ryan left one day without a trace. Their feelings of love, hate, anger, inadequacy, happiness and the lack of fullfilment are explored during the film.

A process that would normally take weeks if not months is condensed into the single day the film takes place. This is due to a tube strike in London and Emma, desperately trying to get home for her daughter’s birthday which she missed through work, reluctantly enlists the help of Ryan as her travel guide.

Enough time has passed for Emma to find someone else, get married and have two kids but still her feelings towards Ryan remain. The thoughts of what used to be almost lead her into temptation, however each time she realises what she would lose.

This is where Across the River sets itself apart from more fantastical romance films. Emma and Ryan don’t just get together and screw the consequences. You don’t spend years creating a life to just throw it away for an old romance after just one day. It’s this grounding that makes the film more accessible. Love isn’t all sunshine and rainbows, sometimes it’s regret and sorrow too.

A surprising fact to learn is that aside from the general story arc and a select few lines the entire dialogue was improvised. This is a brave decision that gives both positive and negative results. For instance the chemistry between the two characters feels human, through the laughs they share and the arguments that attempt to ruin the encounter. The process becomes more natural, allowing the cast to make the roles their own. That said it does present the very real issue of pacing.

There is alternation between a sense of urgency and a need to relax and enjoy the present without any explanation as to why each is used at any given moment. Unfortunately a large number of viewers will be turned off by this, which really is a shame as the premise has lots of potential.

Across the River delves into the idea of their love as the elephant in the room. An unspeakable bond they share regardless of how much time has passed.

The elephant in the room for this film is that the substance just isn’t quite there to hold the audience for the whole duration.

Complete improvisation is interesting as a concept but it requires perfect execution to create a truly great film, Malone falls short of great but his first feature length film is certainly a respectable effort.