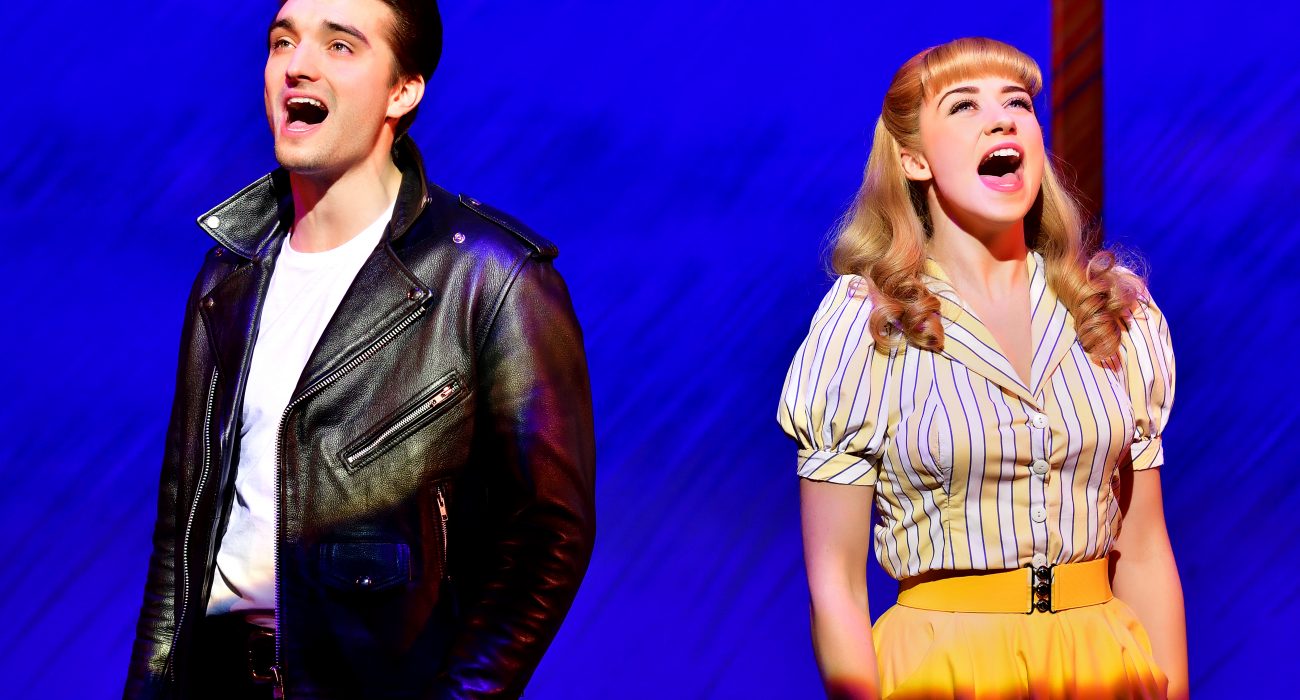 Like many, I have been a huge fan of the film Grease since I was young. The addictive songs, the fabulous costumes, the iconic characters — what’s not to love? So, when I heard that Grease: The Musical was to make its premiere run at the Palace Theatre in Manchester, I was more than just a little excited.

I did have one reservation beforehand however, and that was the casting of Danny (Tom Parker) and Rizzo (Louisa Lytton). I knew little of their background, just that one was a former member of The Wanted and the other a soap actress, and I hoped that their appearances weren’t a feeble attempt to use ‘household’ names as a way to push ticket sales.

Unfortunately, this did turn out to be the case. Compared to flawless performance of Danielle Hope as Sandy – her rendition of ‘Hopelessly Devoted to You’ was nothing less than magical — Parker and Lytton failed to shine.

Parker seemed uncomfortable in contrast to his fellow T-Birds, and whilst his voice did well in the lower-pitched ‘Grease Lightning’ and other group numbers, he struggled to find himself when paired with Hope’s pitch-perfect voice. Off to a shaky start, Parker’s confidence did grow throughout the performance, and by the beginning of the flawlessly choreographed school dance scene he had started to become the charming and mischievous Danny the audience craved.

Lytton, however, fared far worse as she struggled with her conviction of the dark and edgy Rizzo. Her solos, ‘Look at Me, I’m Sandra Dee’ and ‘There Are Worse Things I Could Do’ were particularly awkward as her lack of theatre training against the immaculate supporting cast became obvious.

Although the show got off to a slow start, Doody (Ryan Heenan) thrust the show into high Rock ‘n’ Roll gear with his spectacular performance of ‘Those Magic Changes’. The surprise hit of the night made me want to jump on stage and fan-girl with the rest of the cast (except I wouldn’t be acting).

Credit must also be given to the marvellous Darren Day, who stole the limelight every time he graced the stage. His appearances were infrequent at most, a reason that I am not a fan of the Teen Idol/Vince character in any run of this production, but my, did he make a noise when he finally arrived. ‘Beauty School Dropout’ was an assault on the senses, and I couldn’t have loved it more. Nothing screams the 50s more than sequins, over-the-top outfits, and a smooth pop tune for the ladies.

Ultimately, even the faultless set, music, and choreography were eclipsed by Parker and Lytton’s painstakingly obvious inexperience on the stage. Despite the sheer talent of the insatiable Danielle Hope and supporting cast, next time I get a craving for Grease, I’ll probably just watch the film at home.

Grease: The Musical is being performed at the Palace theatre till the 25th of March. You can get your tickets here.