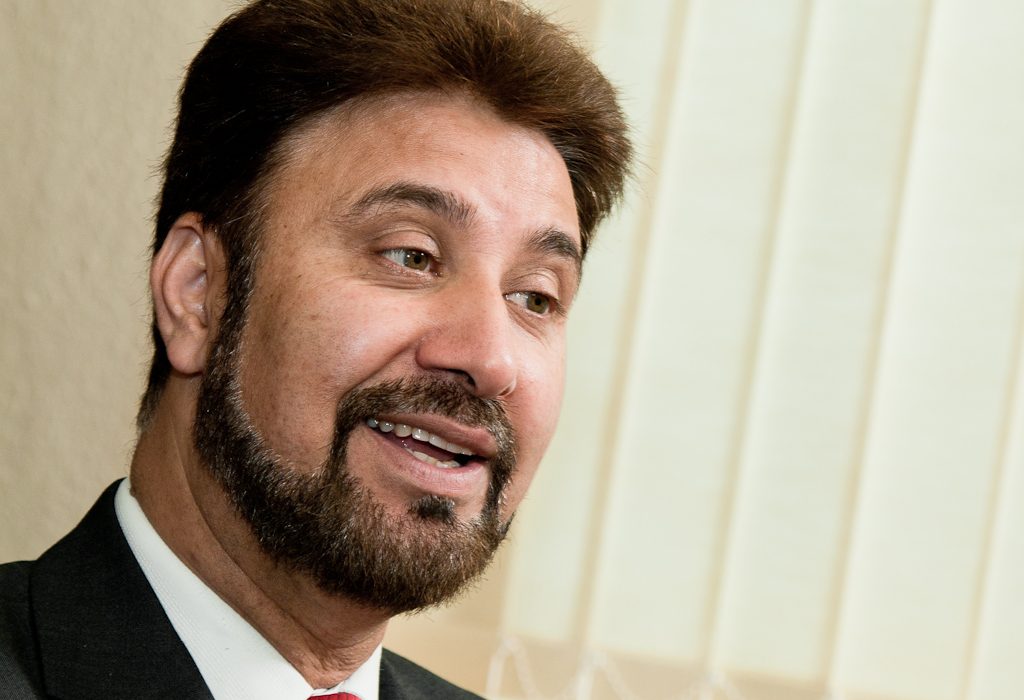 Afzal Khan has been officially selected as Labour’s candidate for the Manchester Gorton by-election, following the death of MP Sir Gerald Kaufman.

Afzal Khan is currently the Member of European Parliament for the North West of England, having been elected in June 2014. From 2005 to 2006, Khan was Manchester’s youngest and first Asian and Muslim Lord Mayor. He described his appointment as Lord Mayor as “not just a win, but a big win.” He was appointed a Commander of the British Empire in 2011, for his services to community cohesion, inter-faith relations and local government in the United Kingdom.

Born in Pakistan in 1958, Khan was adopted out of poverty by a Manchester family at the age of 11. He left school without any qualifications, and worked as a cotton mill labourer, bus driver and Greater Manchester Police officer. He qualified as a solicitor as a mature student and is currently a partner at the Oldham solicitors Mellor & Jackson.

The Liberal Democrats, who came fifth in the constituency in the 2015 general election, have also announced their candidate. Jackie Pearcy, a Gorton councillor, has been selected to represent the party. In a press release, she promised to “speak up for the thousands of residents who are angry and let down by the way this arrogant and out-of-touch Labour council does business.” Referring to the ongoing power struggles in the Parliamentary Labour Party, Pearcy said the party are “too busy fighting amongst themselves to provide a decent opposition.”

Manchester Gorton has been a Labour-held constituency since 1935. Before his death last month, Sir Gerald Kaufman was the Member of Parliament for the area for 30 years. At the 2015 general election, Kaufman won 67% of the vote.

A date has yet to be set for the by-election.