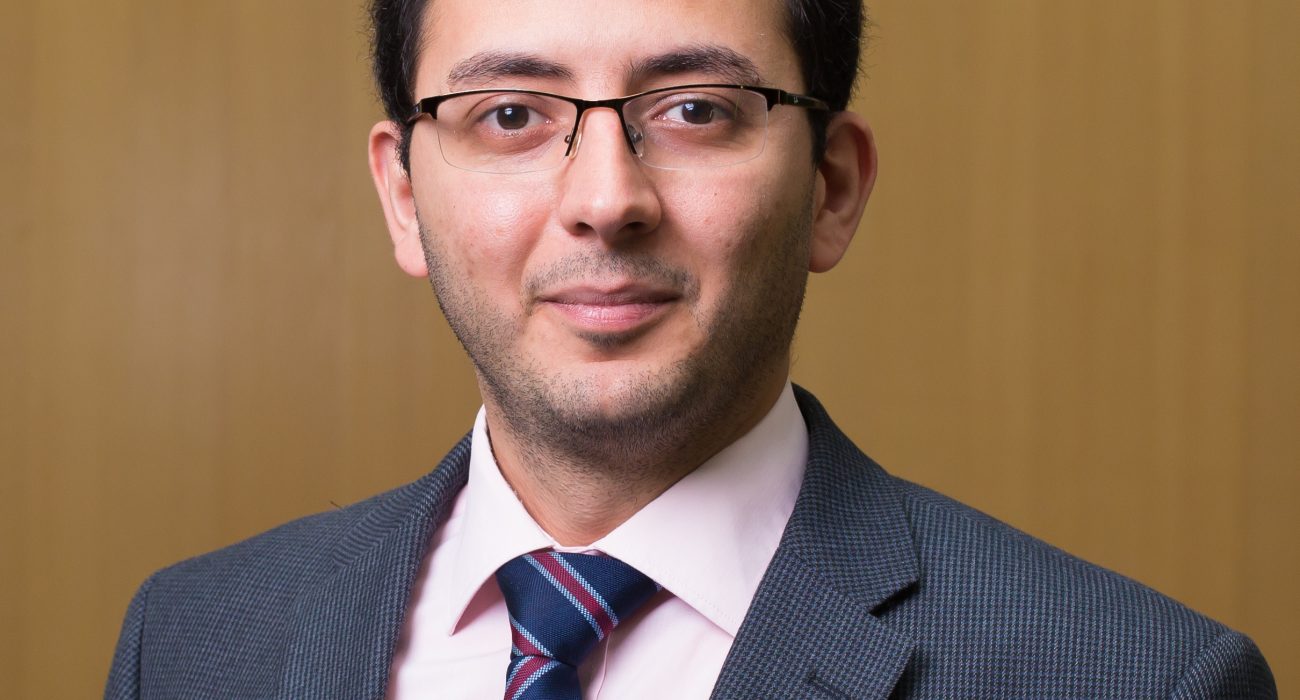 With just less than a week to go until the election, I sat down with Shaden Jaradat, the Conservative candidate in Manchester Gorton and a University of Manchester employee, to discuss how his campaign has been going in a famously Labour safe seat, and why students should cast their votes for his party.

Manchester Gorton was the seat of Labour MP Sir Gerald Kaufman from 1983 until his death in February this year. Kaufman’s death triggered a by-election planned for the beginning of May, but this was cancelled when the snap election was called.

The seat has been held by Labour since 1935, yet Jaradat told me with conviction he’s “campaigning to win”. He admitted Labour has been dominating this city politically for a long time, “but I think they have failed it, and they have failed it big time, it hasn’t reached its potential under Labour”.

When asked how he was going measure the success of his campaign after June 8th, Jaradat said that his aim was to get the Conservative message out across Gorton and all of Manchester.

We then turned to the horrific attack on Manchester and how the community needs to respond, I asked whether he believed more could be done to prevent anything like it happening again. Jaradat firstly reiterated that “our minds, hearts, and souls are with the families who were affected and with the ones that lost their lives”.

However he admitted the way to stop something like it happening again is not “very straight forward” and stressed there needed to be “a long-term strategy of firstly spotting radicalisation as it happens but in parallel also preventing radicalisation”.

When asked whether this long-term strategy included doing more to integrate communities across Manchester, particularly in Gorton, Jaradat reflected on his own experiences as an immigrant.

He admitted that “absolutely” more can be done and that he said that “as someone who is an immigrant myself. I came to this country around 20 years ago now…the path that I chose was to interact with society, not staying within a bubble of people from a similar background or heritage, even though it’s really nice that in the UK you can do that.

“I think this is what makes the UK such a great country, it’s the fact that people can retain their heritage and the richness of their cultures, but at the same time they can open up and integrate with the rest of society.”

I questioned Jaradat on what he meant by saying that not being forced to integrate is a quality of living within the United Kingdom, to which he explained that he viewed “one of the freedoms of this country [as the] right to be left alone… you can choose whatever you want to do”.

However he stressed that integration was always best for the wider community and that “there is merit in encouraging particularly leaders of the diverse communities” to engage with the rest of their community “particularly the young people, because they are the ones who come up with the new ideas”.

On the topic of young people the interview then turned to what the Conservatives and Jaradat offered young voters. The Labour party have offered free tuition fees, the Liberal Democrats have proposed policies such as ‘rent to own’ to get young people on the housing ladder. I asked why, in light of such tempting policies from others, should students vote Conservative.

He ended his answer by saying simply “students might think that this will be happy days because they’re getting free university education, but then they will emerge into an economy with no jobs”.

When asked why he thought the Conservatives tend to not draw in younger voters Jaradat said it was because most vote “based on what they think is right at that time”, but he urged students to “look at the long-term”.

“What I would encourage students to do is think what might happen in five or ten years’ time regardless of what jobs they choose, or what path they take in life and then think which government is going to have that secure, is it us or Labour?”

The Conservatives have faced criticism for not doing more to encourage young people to register to vote, while Corbyn mentioned youth voter registration in almost every single speech he’s made during the election campaign.

While over a quarter of a million under-25s registered to vote on the last possible day, they are still likely to be one of least registered groups, with the number of school leavers registered to vote dropping by more than a quarter over the past three years. I asked Jaradat whether his party could have done more to encourage youth engagement, and whether the Conservative’s lack of attention to this been purely tactical, as many suggest that a larger youth turn-out would be in Labour’s favour.

Jaradat defended the Conservatives actions and said for Labour to decide to run Twitter and Facebook campaigns focused on youth registration “is their choice, but then to accuse the Conservatives of not doing the same I think that’s not quite fair”.

We then turned the polls, which have been tightening over the past few weeks. When asked why he thought this was the case, when everyone expected this to be a landslide victory for the Conservatives, Jaradat claimed it was the media who kept talking about a landslide victory.

“I’m not aware of anyone within my party who actually mentioned that. So I’m not going to apologise on behalf of the media who created the hype and then when the polls fluctuate, people ask us.”

Many have suggested one thing which may have caused the dip in their polling numbers was the Conservatives’ controversial ‘u-turn’ on their social care policy.

I asked Jaradat whether this has made the electorate question the ‘strong and stable’ message — however, he took issue with the term ‘u-turn’.

“We’re very clear that we clarified an aspect of that policy after all the scaremongering that Labour and the Lib Dems did once we published the manifesto… consider that this is actually us saying well look we’re listening and we’re going to quench your fears”.

When asked why the clarification did not just appear in the manifesto originally, and if it was due to ‘scaremongering’ were they not still forced to make this change by the questions posed by Labour and Liberal Democrats, Jaradat turned the question round and said he “would like Labour and the Lib Dems, particularly Labour to provide answers to the bits that we asked about in their manifestos”.

He added that he did not “accept for a minute that we’ve been forced to do something by Labour, if anything they are just trying to divert attention from their own manifesto”.

Jaradat claimed the Labour manifesto was “not costed properly”, however I put it to him that Labour released alongside their manifesto a separate costings document and that there was an absence of any parallel numbers from the Conservatives.

Jaradat defended this by drawing on their record in government, claiming they were presenting a “plan based on the sustained growth in our economy, based on continuing the very robust management of the economy.

“We are in a much more comfortable and solid ground to say, ‘Yes we can afford this manifesto’ than Labour, who are promising to spend billions and billions without really guaranteeing that these billions will be in their bank account.”

The interview then turned to the comments in the media that May has been fighting this campaign in a very presidential manner, with very little mention being made of the Conservatives as a party on election material.

Jaradat, however, said:  “Wherever you see Theresa May’s name I challenge you to not spot the conservative logo”.

I conceded that it was there, but that it has appeared in very small print compared to Theresa’s name, specifically referencing their campaign battle bus as an example.

After which Jaradat said: “Well basically Theresa May is the leader of the party, she is the person we believe is going to provide the leadership that this country needs.

“Only eleven days after the election are the start of the Brexit negotiations, and then it’s not going to be the conservative party who is actually negotiating Europe it’s going to be Theresa May representing the United Kingdom”.

Jaradat then joked that he wanted to “turn it around and say I would like to see Labour put out Corbyn’s pictures and name across the country a bit more, why are they not doing that?”

As our time began to run out, I asked Jaradat for any final words he had for our student readers as to why they should vote Conservative on June 8th.

He urged students to “elect someone who will look after the city better than Labour, so that if indeed you leave Manchester after you graduate you leave it in safer hands.”

“The Labour-dominated council and the Labour MPs of Manchester have let Manchester down for so long, so please consider that, and in any case please vote.”