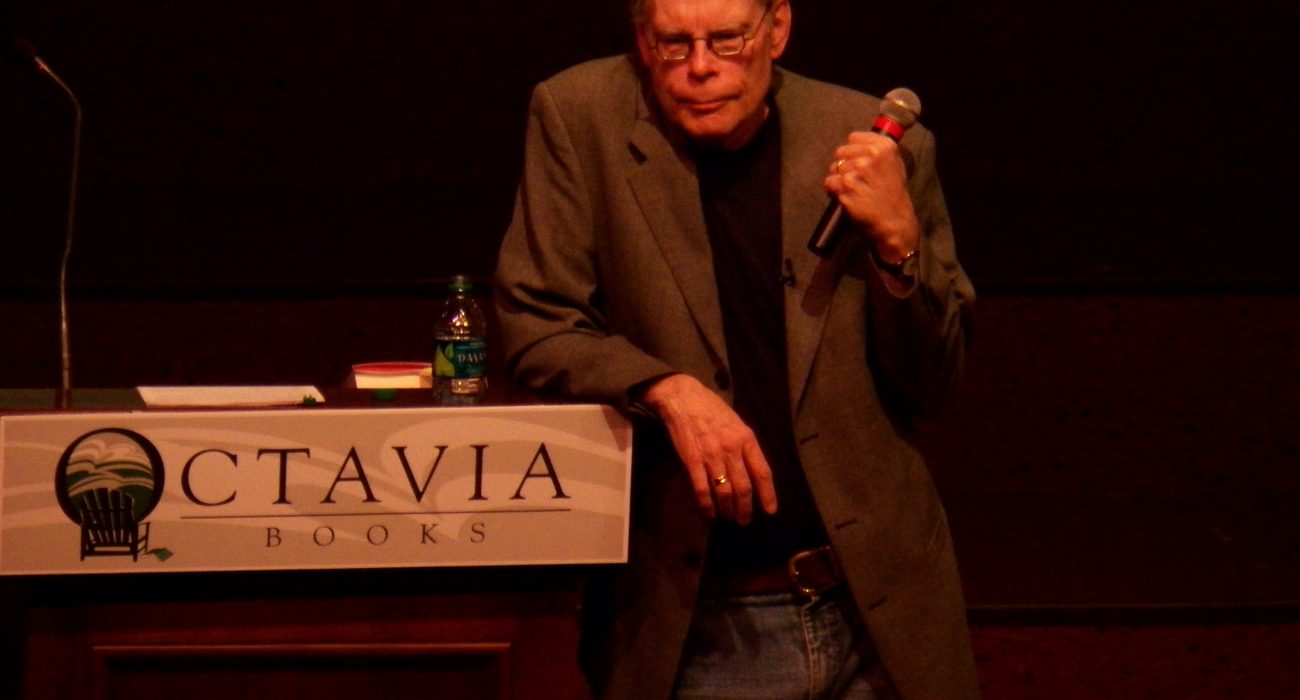 Through the swampy mires of found-footage, spin-offs, and the recently castrated, generic hybrid “action horror” — which is to be thanked for the likes of The Purge, Resident Evil and The Mummy — an exciting horror resurgence is beginning to boil.

Perhaps the one to thank for this is James Wan, a flawed yet generous filmmaker whose Conjuring series — tight family dramas masquerading as supernatural thrillers in a period piece aesthetic — provide some of the only sincerity and creativity studio horror has to offer, despite an over-reliance on genre conventions. More recently, audiences are more likely to turn to the indie scene than ever, with studio A24’s terse and existential thrillers starting to make names for themselves at the box office.

With Stephen King’s IT, therefore, we have perhaps only the second or third blockbuster horror film of the 2010s — Wan’s Conjuring films take the first two slots —  with an ounce of creativity and cine-literacy. Though the first attempt at adapting the gargantuan book was admirable, the iconic television miniseries’ place in the canon of horror cinema is arguably mistaken, as it offers little in the way of scares, either human or cosmic, despite a winningly chilling performance from Tim Curry as Pennywise.

Thankfully, director Andy Muschietti and its host of screenwriters understand that the horror of IT hinges on two understandings. Firstly, that the performance of Pennywise is not to draw inspiration from serial killers, paedophiles or Jokeresque supervillains, as Curry’s portrayal is occasionally guilty of.

The eponymous “It” is a Lovecraftian, eldritch horror, a creature who may at first appear satanically enticing and seductive, yet eventually embodies the abject other. Secondly, the understanding that the core group of characters, the self-titled “Losers Club”, experience human terror, mirrored and exacerbated by the supernatural.

Almost every scene involving the kids interacting and growing together is wonderful, and there are some very promising talents within the cast of IT. Familial abuse, bullying and neglect are all factors in the original book that Muschietti takes care to include, ensuring that their world initially feels real, before “It” claws through the fabrics of reality to twist and distort their perceptions. Sadly, moving the setting from the 1950s to the 80s also removes an undercurrent of racism that made the original text a little more biting, though the implication is still there.

The production of this film began with some bad news, with True Detective’s Cary Fukunaga leaving the director’s chair. Initially an enticing choice, with True Detective proving his skill of weaving between narrative threads non-linearly in a similar fashion to King’s original text, much of Fukunaga’s original scripting thankfully still remains. I was wary of his replacement, as Muschietti’s debut, Mama left much to be desired, but he’s learned much since, and the inclusion of cinematographer Chung-Hoon Chung gives some of the more striking visuals some much-needed presence.

A frequent collaborator with Park-Chan Wook, whose Korean and English language films frequently combine character drama with sadistic violence, Chung-Hoon is an inspired choice who never loses sight of his careful and precise sincerity when pointing and moving the camera.

Unfortunately, it is clear that Muschietti is growing into a far more jobbing director than Fukunaga. During the film’s highly repetitive second act, many of the scares are constructed around the familiar, 21st framework of a slow build up and predictable pay off that belong in a far lazier movie. IT is only really scary when Pennywise is the focus, relative newcomer Bill Skarsgaard trying his utmost to inject some otherworldy horror into his performance so his character at times really does feel like a cosmic entity wearing a costume constructed to terrify children.

Unnerving visual effects pull the rest of the weight, with mixed results. This works best when the computer imagery is subtle. When the clown is injured, for example, the face twists and contorts like a mask worn by a creature with only a passing interest in how the human form is constructed, and the visual flair given to the layers of razor sharp teeth that extend and expand from the face of the clown are truly unnerving. Scenes involving a giant Pennywise, a leper or a headless ghost, however, are far less successful and call to mind the false moments of horror from The Conjuring or Insidious films.

Already taking the box office by storm, had the film been marketed more accurately as a Spielbergian throwback, a mature adventure movie first, horror second, perhaps it would have been even more successful. Having more in common with Lucas and Reiner than Carpenter and Cronenberg, too much of IT is framed like a high school comedy for the horror to feel truly horrific. Audiences will find that before they have a chance to settle in for a good scare, a humorous line from Richie Tozier (Stranger Things alum Finn Wolfhard) will catch them off guard and the rest of the horror set piece will be spent suppressing a smile.

The filmmakers earn points for self-awareness, as many of the horror scenes also inject some comedic timing and imagery, yet I can’t help but imagine another film that balances its tonal shifts better and manages to deliver the dark counterpart to the onslaught of 80s nostalgia that we truly need. IT is an accurate adaptation of half of Stephen King’s intimidating novel, though there are moments of cosmic weirdness and character melodrama in the text that, if included in chapter two, don’t feel particularly earned here.

Independent horror remains on top this year, as IT never surpasses the true to life nastiness of Get Out or the quiet tension of It Comes At Night, though the film is thankfully far more rewarding than the rest of its ilk. More earnest and intelligent than Ridley Scott’s mess, Alien: Covenant, and more visually creative and self-aware than Rings, IT is the horror film to watch in 2017, despite its reliance on a modern framework that already feels outdated. Frustratingly close to a great movie, if the tonal footfalls and comic missteps of chapter one are tightened in the sequel, Stephen King’s drug-fuelled magnum opus should make for a surprisingly worthwhile duology.