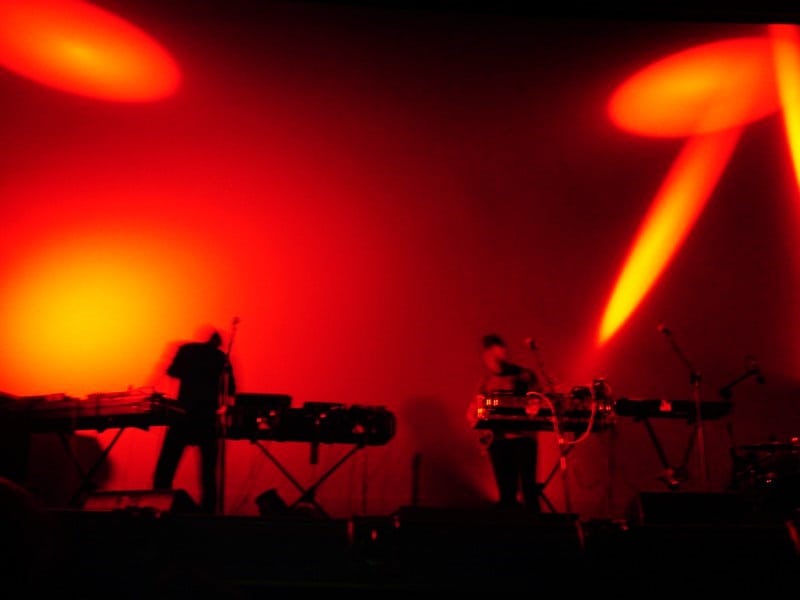 There’s a brief but beautiful moment in the opening track, ‘Four Years and One Day’, where after building for most of the track, the synths break off from the kraut-rock inspired guitar crescendo, only for the guitars to smash back in with a resemblance to Joy Division’s ‘Shadowplay’.

Gone are the stripped back and precise sounds of old; this is the messy, raw sound of Mount Kimbie injecting their music with the joy of playing instruments without the pretence of making a dance record.

The first guest vocalist, King Krule, arrives on the next track.  ‘Blue Train Lines’ is, unsurprisingly, a very Krule-esque track. Like most of the other guest vocalists on the album, the real surprise is that Mount Kimbie sound like the featured artists in their own songs. Most of the album comes across as two musicians who have compromised between being background producers or a band led by the instrumentation.

But of course they still have an incredible attention to details that bring sections of the album to life. There’s something oddly hypnotic about the sounds of Audition, like Joy Division covering the cold, robotic sounds of Warp label heavyweights Autechre.

It contrasts with the love drunk rhythms of the next track, ‘Marilyn ft. Micachu’, which strikes the emotional high point of the album. This one will be streaming from many a late night crooning playlists for years to come.

At so many times and in so many ways the album sounds like a pale homage to something else. ‘T.A.M.E.D’ was described by the band as “Our version of a pop song; a really deranged pop song”, which must be code for ripping off Metronomy and hoping no one notices.

It’s moments like these when the influences are so boldly obvious, comparable to Errol Alkan’s psych inspired side project, Beyond The Wizards Sleeve, which never feels bored of the music it brilliantly pastiches. It leaves you wondering what Mount Kimbie would achieve if they tuned out everything else and focused on the music inside their own clearly brilliant minds.

Fortunately they’re sure to be around experimenting for a while yet.