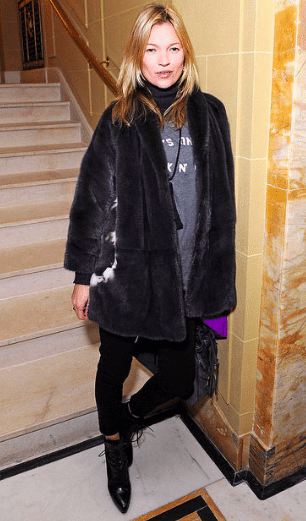 In Manchester, current fashion trends are always at the forefront of attention and we can see this fashion nostalgia everywhere we look, especially in the fashion-conscious student community.

In the 1920s when wealth and power were of the utmost importance, fur was worn with pride and seen as a symbol of people’s status in society. As activists began to protest the use of fur on animal rights grounds such as PETA’s ‘I’d Rather Go Naked Than Wear Fur’ campaign in Japan in 1992, it was worn less frequently as a fashion statement for fear of public shaming.

However, the creation of faux-fur brought back this style to our wardrobes for cheaper prices and a clearer conscience. In this month’s Vogue, the likes of Céline, Michael Kors and Kurt Geiger pictured their models draped with opulent fur coats — fur has certainly not lost its lavish charm. Coloured fur has also risen in popularity over the past couple of years, with high street stores such as Topshop and Urban Outfitters selling a myriad of pink, purple, orange fur garments and accessories – you name it, it works with fur!

Coloured fur has also risen in popularity over the past couple of years, with high street stores such as Topshop and Urban Outfitters selling a myriad of pink, purple, orange fur garments and accessories — you name it, it works with fur!

In the 1980s, fitness wear was at the height of fashion and in this era, new synthetic fabrics were developed and used to create new exciting garments using innovative materials such as Gore-tex, Sympatex, Nylon.

The popular noughties brand Juicy Couture produced the iconic velour tracksuit which was a massive hit among a new wave of celebrities who were often spotted by the paparazzi going about their lives in bright pink plush glory; namely, Britney Spears who ordered a bespoke Juicy tracksuit for each member of her wedding party in 2004 to Kevin Federline.

However, the hype consequently faded into obsolescence by 2007, but now it is making a surprising comeback. Whilst active-wear as day-wear is pretty much a weekly if not a daily occurrence for the general public, what better time for the label to make a comeback? Vetements launched a cherry-red Juicy all in one at the catwalk shows in Paris which moved onto leading department stores such as Bloomingdales and Harrods stocking the new line of Juicy sets.

For as long as I can remember throughout my teenage years no girl would be seen dead in any other jeans than a high-waisted, super skinny-legged pair.

Nevertheless, we now see an influx of flares filtering back through from the 70s and girls are even daring to wear the low-waisted hip bone-skimming jeans we thought Kate Moss could only ever pull off.

Here are just a few of the recycled trends that pay homage to our past fad fashions, you’d be surprised to see how much history you have currently in your wardrobe.