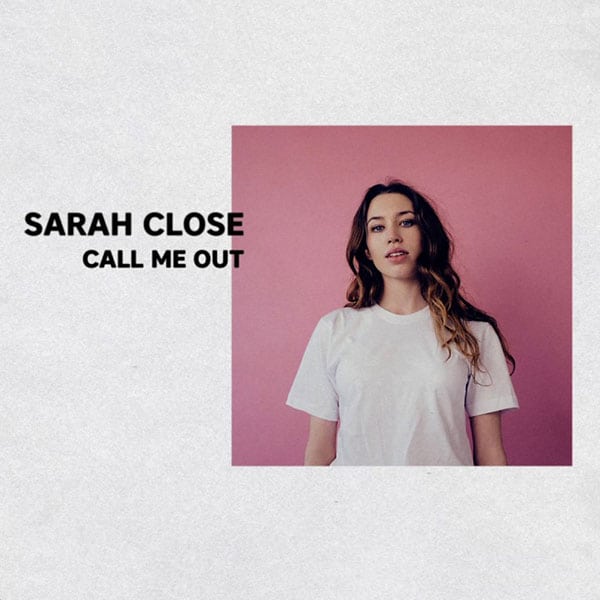 Very much a part of the move towards untraditional methods of career building, Sarah Close used Youtube as a platform to help her connect with the ‘music industry’. Using the internet to feel less isolated and to push her music talent whilst living in her family home on the Isle of Wight, she rose to fame on the website as a cover artist, with her most popular video ‘The Hills’ by the Weeknd reaching 4.3 million views. She released her debut single ‘Call Me Out’ in March, followed by her first EP Caught Out in April. With her own record label The Kodiak Club, as well as a record deal with Parlophone, she is quickly flying through the milestones of the run-of-the-mill musician.

Close played a very intimate gig, with her three-piece band, sticking at first to the tracks on her newly released EP. However she surprised the audience by debuting three brand new songs, ‘Fake It’, ‘Patterns’ and ‘Do You Believe’. Whilst it was a treat for the audience, we didn’t know the songs which changed the atmosphere of the gig. However, all were well received and it was a welcome change to be able to hear the full song without the questionable accompaniments from the audience.

Most of the crowd would be categorised in the 18-24 age bracket of Youtube, but  some wary parents of younger members sat reservedly at the back. Close noticed this and encouraged them to dance at her more lively songs, however, it appears youthful pop music isn’t for everyone on a Sunday night.

Sarah Close varied the concert with heartfelt interludes describing the origins of her songs, admitting to crying during ‘Perfect After All’ in a concert the previous night in Nottingham. Whilst no tears were shed in front of us, we were touched by her candid accounts of her trials to create the songs on her EP.

The roots of her music career could be clearly observed as the energy of the concert was lifted as she started a medley of well-known songs. She mixed ‘We Don’t Talk Anymore’, ‘Teenage Dream’, and ‘Only Girl (In The World)’ amongst others. Her strengths as a cover artist shined through livening up the audience encouraging everyone to sing together. I’m sure as her music becomes more well known, she will be able to garner the same reaction from her own music.

Whilst the set was relatively short, she managed to pack in the balance of lively pop songs with quieter ballads. This was also reflected well in her choice of warm-up act, Callum Stewart, who provided acoustic versions of his own original songs.

I’d recommend going to see her perform, but perhaps wait until the album comes out as I’m sure there will be plenty of songs from it that you’ll want to hear live.