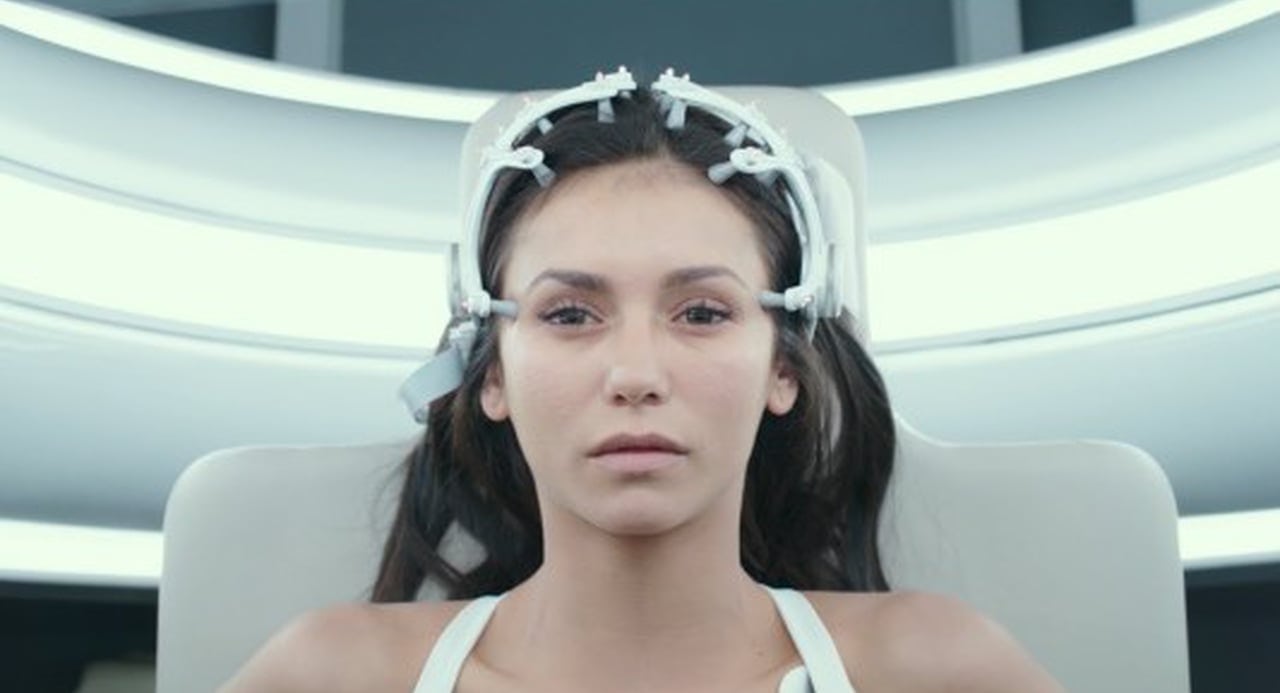 Sony Pictures seem to genuinely believe that teenagers are the only demographic worth appealing to. Indeed, the only demographic going to the movies in their eyes, though this of course is completely ignorant. Flatliners is the latest in the line of limp, edgy, adolescent remakes from Sony that fail to understand that blockbusters can be something other than crude or sexy.

After devolving the commentary and smarts of science-fiction films like Total Recall and Robocop, turning Spider-Man into a young adult romance and Ghostbusters into a Judd Apatow lad(ette) comedy, we now bear witness to the inexplicable decision to transform the 1990s film Flatliners into a party movie. Having more in common with Project X or Bad Neighbours than The Sixth Sense, the Flatliners remake parallels the existential high of stopping one’s heart to the rush of a party drug. Kiersey Clemons muses, “if only we could bottle Flatlining” to sell to disillusioned millennials in need of a near-death experience, and I wonder if this film’s intention was as a cautionary tale to ward off drug use, or to inspire the circulation of an ecstasy pill called “Flatline”.

The original is by no means a great film. Boasting an impressive cast, biblical imagery and generational strife, eventually Oliver Platt’s poetic waxing grows tiresome and the haunted proceedings all get a bit silly. Its visions of the afterlife, however, are all magnetic to watch. The first begins with a slow zoom into the image of Keifer Sutherland — who appears in the remake looking sheepish and poorly bewigged — captured by a grainy video camera operated by one of the characters. The closed, black eye gives way to a hazy dream that could be heaven or could be a memory. Flatliners (2017) swaps this ambiguity for a hasty zoom out through CGI rendered floors and ceilings to a first-person glide through an unconvincing cityscape, before dropping the form of Ellen Page into an environment of light and electricity straight from an advertisement for a 2010 smartphone.

In an attempt to emulate the neglect and competition faced by the Generation X characters in Joel Schumacher’s film, screenwriter Ben Ripley imbues the new characters with millennial pressures to strive and succeed. The attempt at generational parallels is contradicted, however, by casting an unlikable group of rich kids and trust fundees, for whom it is difficult to feel sorry for when compared to Kiefer Sutherland and Kevin Bacon’s long, dirty haircuts and raggedy coats that successfully highlight the grungy desperation of 90s entrepreneurship.

The fact that our male lead lives on a luxury yacht is especially irritating when the film elects to ignore the claustrophobic advantages this unconventional home would yield, instead delivering the same predictable scares as any number of haunted house films before it. A potential moment of real Silent Hill gruesomeness is ignored in favour of several ‘ghost over the shoulder’ moments, strange noises from the radio and an ineffective moment of shock gore. Under a director with a sense of space and location, a houseboat would seem a perfect opportunity to lend the film some character and intrigue, but Flatliners is more concerned with delivering a safe, digestible thriller.

A scene in which Kevin Bacon makes amends with the real woman behind his haunting is presented in the original as a touching moment of recompense, though the remake’s entitled ensemble take advantage of this redemption method as an easy fix. Solidifying the characters as wholly unlikeable, when asking for forgiveness, it is completely transparent that they are apologising for their own gain, not due to any sense of responsibility or guilt. Most importantly, once this method is discovered, any chance that the movie may eventually get scary is ruined, the characters breezing through their emotional turmoil with all the mirth of a young child apologising to their friend for stealing sweets. A totally inappropriate tone for a film attempting to explore weighty topics as abortion, cyber-bullying and false autopsy reports, the easy resolution of the final act is in direct odds with a script attempting to tackle the unfair disdain for the millennial generation.

Ellen Page tries her best to give the film a sincere performance, but the poorly-rendered action and horror set pieces, its contradiction of themes and the fact that any spiritual existentialism is replaced by infantile partying and romance surely solidifies this lazy exploitation of 90s nostalgia — Sony didn’t get the memo that we’re still in 80s mode — as one of the year’s biggest flops. Much like Kiefer Sutherland’s dreadful wig, Flatliners is too long, unconvincing and very embarrassing.