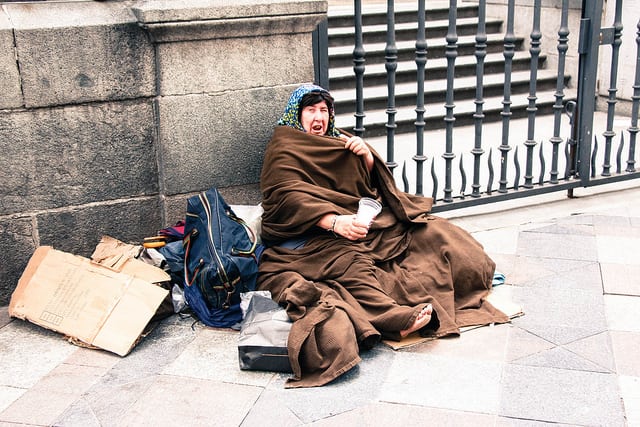 The Greater Manchester Combined Authority (GMCA) has this week announced a £1.8 million investment to develop a wide range of measures to address the many people sleeping rough on the streets of Greater Manchester.

The £1.8 million investment, one of eight social impact bonds (SIBs) approved by the government, is planned to augment services helping people find and keep homes and deal with addiction and mental health.

In addition to these services, all 41 fire departments across Greater Manchester will work with the GMCA and the local community to provide food and sleeping assistance in the evenings, a welcome idea with winter fast approaching.

According to statistics from the charity Shelter, an estimated 189 people were sleeping rough in Greater Manchester between June and December of 2016, and an estimated 4428 people were homeless, a figure 30 percent higher than the previous year. Despite these challenging statistics, Mayor Andy Burnham remained determined in his goal to end rough sleeping in Greater Manchester by 2020.

“This new money will provide real solutions to help people to get off the streets and find warmth, safety and a better life with work,” Burnham explained in a public statement.

Alongside the development of services available to the homeless community in Greater Manchester, the Greater Manchester Reform Board joined in Mayor Andy Burnham’s calls to the government to halt the new Universal Credit benefits scheme.

“This is not a political point,” Burnham claimed, adding that “If [Universal Credit] goes ahead as planned we will see a much greater problem unfold in front of our eyes.”

Under the new Universal Credit benefit scheme, 18-21 year olds will no longer get housing benefits unless they can prove that they meet an exemption, an additional criticism to the minimum 42 day wait for the first payment to reach claimants. Students in the Fallowfield area expressed their concerns over the new benefit situation.

One student told The Mancunion, “Well with everything getting more expensive, rents are just going to become more and more impossible to afford, so the homelessness problems in Manchester are only going to get worse.”

The efforts to help the homeless was bolstered this week as the ‘Stop, Start, Go’ homeless hostel opened in Cheetham Hill. The hostel currently has 12 beds, which will soon rise to 15, providing medium-term accommodation alongside giving support to people trying to return to education and find somewhere more permanent to stay. Hostel resident Mohammed Abdulkarim said: “Since coming to SSG, I have started college and sorted out my health […] my future looks good now.”

Mayor Andy Burnham is still committing 15% of his salary to his Homelessness Fund. He said in a public statement that “there is still a huge challenge in front of us. There is good work already being done […] We always have to challenge ourselves to go further.”

The new service is expected to reach the streets of Greater Manchester by the end of October, helping people sleeping rough through the critical winter months.