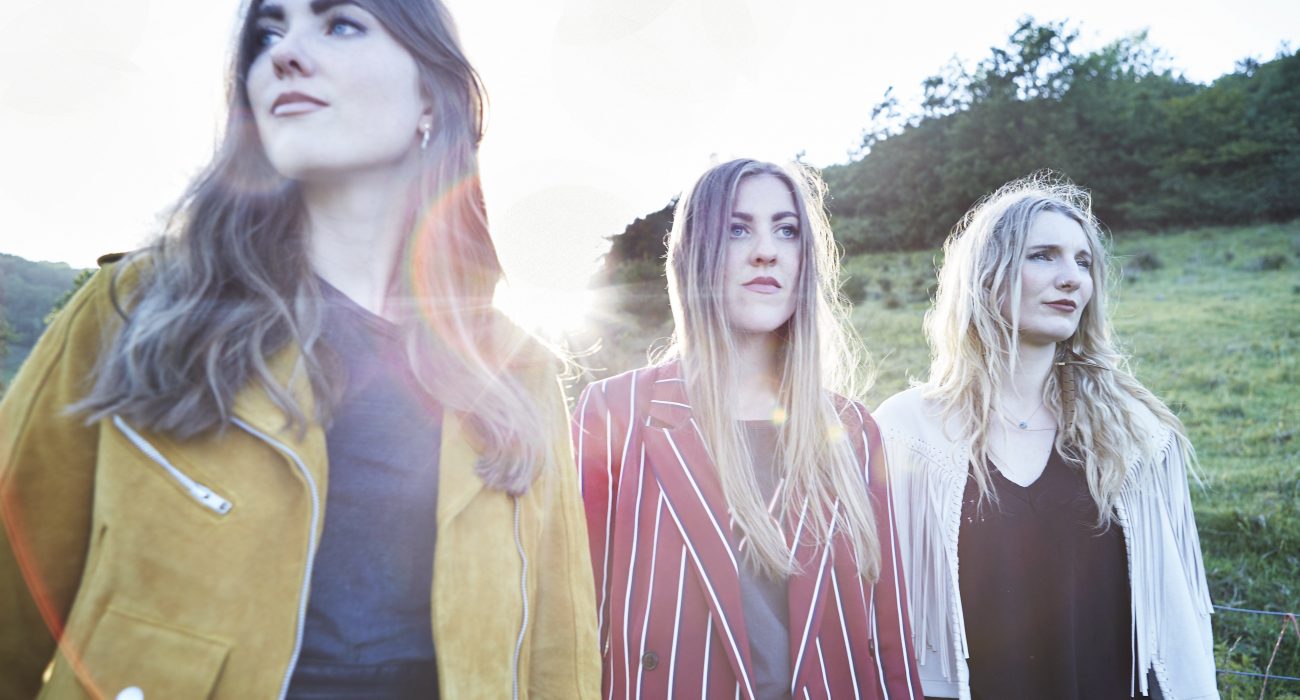 Wildwood Kin, a powerful and hypnotical trio. Consisting only of family members, two sisters and cousin, Wildwood Kin creates mystic, fascinating folk music which is perfectly crafted for mainstream listening. It’s made up of beautifully flowing three-part harmonies and nods to their spiritual selves. Having recently been signed to Sony, Wildwood Kin released their album Turning Tides back in August 2017, and are currently on their tour around the UK.

In their symbolism-laden lyrics you’ll hear a range of inspirations, from their love of the writings of C.S. Lewis and J.R.R. Tolkien to their upbringing in a progressive church in which music and faith were instrumental. In the joyous blend of their voices, you’ll hear three young women who found themselves through writing songs, and whose purpose is to inspire and empower their listeners — not to mention that their songs would sound perfect in Game of Thrones.

I was lucky enough to talk to the family trio, who were a few days into their tour. The girls spoke about how lucky they are that they can work with their family: “We know each other so well, which helps a lot.” The group are able to be in sync and can pick up on each other’s emotions with just a glance. They provide each other with the support they all need, helped by the closeness of the group and the bond that they are so blessed to have.

Despite the family bond, there have still been times where there have been mini feuds between the girls. “We all get snappy sometimes, but normally it’s over in about ten minutes.” This is something that often happens when working with people, they say, but once it’s passed, they get over it and forget about it. Most importantly, they say they would never split up because of it.

The triad go on to elaborate on their musical writing process, “a song is never complete till we have been able to play it live together.” Furthermore, they are all so well in tune with each other — pardon the pun — that they “just know” when the song is a Wildwood Kin song or just not right for the band: “United we all know what sounds best.”

The band, when trying to summarise who their biggest influences are and describing their sound, laugh that they like “all the fleets: Fleet Foxes, and Fleetwood Mac.” Alternative, post-Americana, and folk are how they would describe themselves in layman’s terms. Their music would look like the aurora borealis if they had to describe how their music would translate visually.

Talking to the group after starting their tour, they were excited to be playing in their hometown. It is evident that family and home is at the core of who they are, and this is consistent and strong. They were mostly looking forward to seeing their family and friends that they haven’t seen in a while. Not only this, but being able to play where it all started felt like “an amazing achievement.”

The band have created the perfect waking up and winding down soundtrack for you.

Catch Wildwood Kin playing at Night & Day in Manchester on the 25th October.