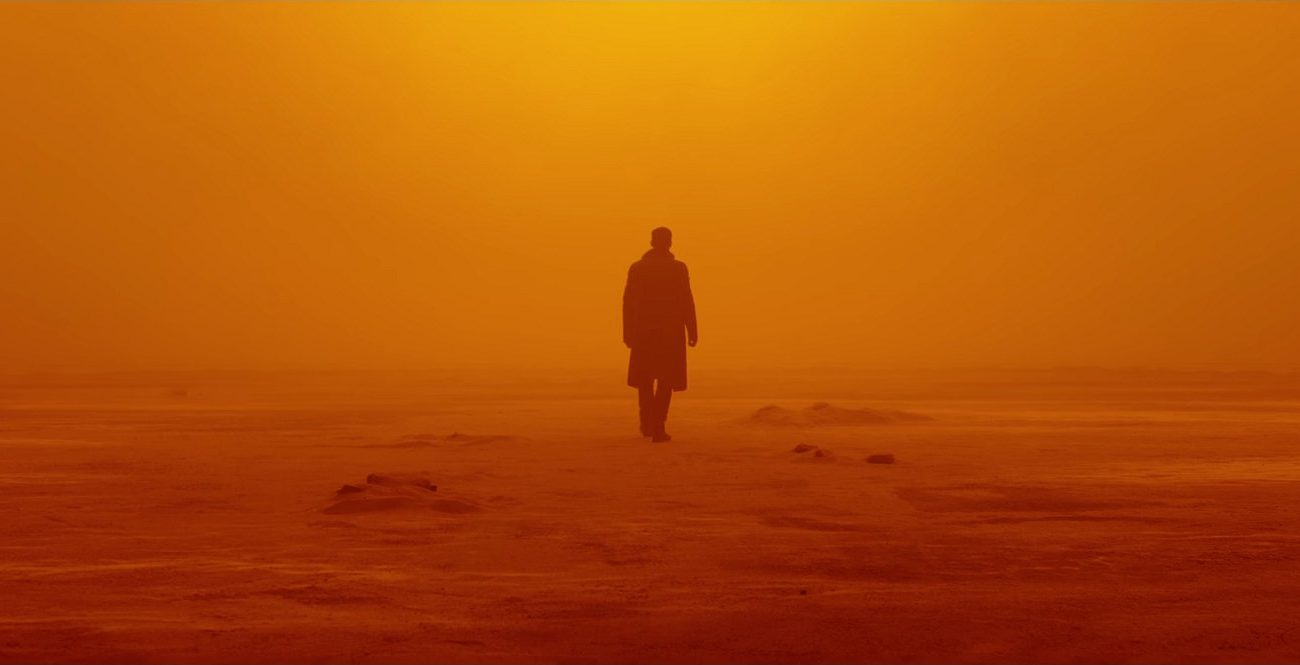 Margaret Atwood, best known for her book ‘The Handmaid’s Tale’, recently adapted into the critically acclaimed Channel 4 series, has often remarked that there is nothing in the aforementioned book that “had not already happened” at some point across the history of human civilisation.

Rather than ‘science fiction’, she refers to her work as ‘speculative fiction’; the former grounded in fantasy, the latter grounded in real and distinct possibilities for the — alarmingly near — future. Upon watching Blade Runner 2049, this quote struck me as particularly resonant — where The Handmaid’s Tale represents a future fabricated on the fears of the tense political and social climate of the 1980’s — 2049 is a portrait of our current way of life taken to its logical conclusion.

Given its tone, one could almost take this to mean literally.

As in Atwood, there is nothing here that has not already happened — or is currently happening — to some degree. The Los Angeles of 2049 is characterised by its astounding levels of technological advancement. Airborne cars and sentient holograms occupy streets whose only source of light appears to be the insipid neon glow of signs and adverts.

Names like Sony, the film’s producer, Peugeot, and Coca-Cola light up billboards and buildings across the city in a nod to the Times’ Squares and Piccadilly Circuses of our times.

However, it is clear that the sophisticated, high-tech boulevards of LA come at a price. Deserts, wastelands, dumping grounds, and exhausted farmlands lie just beyond the city’s outskirts and become a testament to the cost of such an existence. This kind of consumption and development always has two sides, and in Blade Runner 2049 they exist side-by-side as a demonstration of the sacrifice that is made in the name of advancement.

This is free market capitalism in overdrive and undoubtedly an image of contemporary neo-liberalism taken to its logical conclusion.

One of the most characterising features of this portrait of 2049 is the erratic weather patterns. Tropical storms and acid rain are common features across an America that is in some places utterly Saharan and in others dank and wet. Implied in these conditions is a society in which global warming has utterly reshaped the landscape of the USA.

In some places, what appear to be the remnants of nuclear bombing makes entire cities uninhabitable, while in others they are converted into waste disposal areas stretching for hundreds of miles.

Much of the film’s power comes from its ability to show, not tell. The only explanation the audience receives is from a small paragraph of text at the beginning which tells us that there have been vast environmental issues.

In these portraits of landscapes fundamentally changed by our own irresponsible behaviour, Blade Runner 2049 provides an image that should be shocking to the nation that needs to hear it the most: America. Amidst Donald Trump’s recent withdrawal from the Paris agreement and his notorious ignorance of the environment and especially climate issues, this is a picture that shouts “do something now, or else these will be the consequences”.

Indeed, we are already seeing the magnitude of the problem. Recent hurricanes Harvey and Irma are only the latest natural disasters in a long line of extreme weather that scientists believe to have been worsened by the effects of climate change.

Issues such as deforestation, fracking, and the rapid depletion of fossil fuels have a permanent place in the headlines as environmental activists struggle against big businesses and international corporations to impose stricter regulations on consumption. A world in which refuse disposal spans entire cities and tropical storms hit every day suddenly does not seem as if it could be so far away.

Blade Runner 2049 is undoubtedly a film of outstanding visual beauty, but it would be a mistake to see this is as a portrait of a desirable future.

The glowing lights act as a mirage whereby technological advancement masks the depletion of the earth and the impending doom of a future running out of options.

Above all, it is a warning: If we continue at the rate we are going, we may indeed end up here sooner than we think.