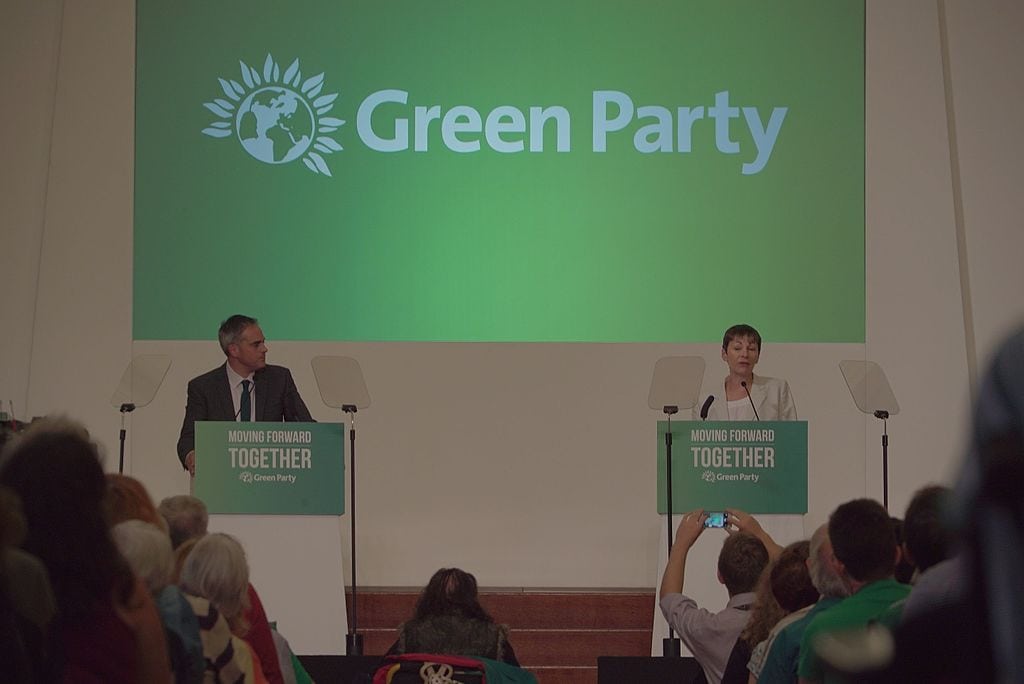 The Green Party has a problem.

In the 21st century, the party has grown in popular support and professionalism; from a small fringe party, the Greens have somewhat blossomed into one of the nation’s major parties with a well-respected MP in Caroline Lucas and, in 2015, a million votes at the general election.

Left wing, radical, and ecological, its growth was undeniably fertilised by the more right-wing nature of Blairite Labour; looking for a new political force, many on the left of the Labour party, especially students, were attracted to the Green alternative.

But this ‘Green surge’ is in danger of collapsing prematurely. With Jeremy Corbyn’s leadership, the shadow of the Labour Party has fallen across the Greens; previously the only real left-wing option, they now suffer from the fact Labour also calls for much of the same things and has a genuine chance of getting into government, attracting many votes away from the Greens. In parts, it is hard to discern between the Green 2015 manifesto and Labour’s much hailed 2017 one.

Perhaps more worrying for the party than the fall in votes from 2015 to 2017 is the fall in membership. With an exciting and resurgent left in Labour headed by Momentum, parts of the Greens membership have made the switch. In the opinion of some, the Greens as a separate, progressive party are now irrelevant; they should instead affiliate to Labour, in the way the Co-operative party is, so that the left of Labour could be bolstered, Caroline Lucas could become a major cabinet minister, and Green ideas could be implemented through Labour.

Yet this view is a short-sighted, arrogant, and ignorant one, blind to the ideological and practical uniqueness of the Greens.

The harbingers of truly progressive politics, the Greens often first discuss and propose policies in the modern age which Labour (eventually) adopt. Take the 2017 Labour Manifesto– the nationalisation of rail and energy, the abolition of tuition fees, and high levels of investment in renewables are examples of policies whose modern form have roots in the Green Party.

They have acted almost as a lab for progressive, left-wing ideas to grow and develop. They continue to be such– the increasingly popular Universal Basic Income has long been a policy of the Greens, and they have resurrected the idea of a four-day working week as well as been fine-tuning ideas around the socialisation of the energy industry, not just its nationalisation.

The Green Party have, and will continue to play, a key role in the progressive cause as the real vanguard of the next generation of left-wing ideas and the place for their maturation into policy.

This also feeds into the fact that the Greens are much more radical than Labour. The Labour manifesto was, despite being the leftmost it had ever offered since 1945 — notwithstanding 1983 —, is not radically left wing, or Marxist as the hysterical right-wing commentariat dubbed it. Against the modern hegemony of neoliberalism perhaps it could be seen as such, but in the grand scheme of things, it was no more than a beginner’s guide to social democracy.

Compare this to the Green’s ambitions; only they fundamentally challenge the system, rejecting the idea that an economic model built on unlimited growth, huge levels of inequality, and morally unethical production was environmentally sustainable and socially just. Labour just tackles the symptoms, the Greens offer to do this and challenge their systemic causes. Furthermore, Labour can do more than what they offer now — the right of the party will simply not allow it and will not be disappearing anytime soon.

Environmentally speaking, the Greens are the only party who put climate change front and centre of their political agenda. The Greens would renew the Green Investment bank, not just nationalise but socialise the energy firms and invest in wind, solar, and other renewable energies on a huge scale.

Capitalism is inherently anti-environmental and whilst the neoliberal capitalism we have now is a particularly grievous offender, even the predominantly Keynesian economics of Labour is not much better, pandering to the dogmatic idea that unending growth is necessary for prosperity, ignoring the fact that this is mutually exclusive with environmental sustainability. Climate change requires tackling the status quo in every way and only the Greens do this.

Brexit is another area where the Green Party is significant. The Lib Dems are seen as the pro-EU party but, especially under Vince Cable, their economic policies can’t be considered progressive or enough so. Labour, on the other hand, may well hold progressive policies, but they have sacrificed a close relationship with the EU.

The Green Party, however, doesn’t make individuals choose between the EU and progressive policies, instead supporting a ratification referendum once the terms of leaving are known which would include an option to remain in the EU. The party passionately believes in access to the single market, and the Greens are also the only party that stands up for our freedom of movement, not only as an economic necessity but as something that is socially desirable.

It may be that now is the time of the Green Party. A Corbyn-led government could well be a good one, yet it would not truly affect social change in the long-term and build on its reforms. The Green Party, however, is the party of the future — it is where the next generation of progressive ideas are first moulded and shaped into policies, the only party with new ideas to old problems and the only one willing to seriously attack the status quo and dismantle the system.

The doors that kept truly progressive and radical policies away from the mainstream have been pushed ajar, but only the Green party can blow them off their hinges.