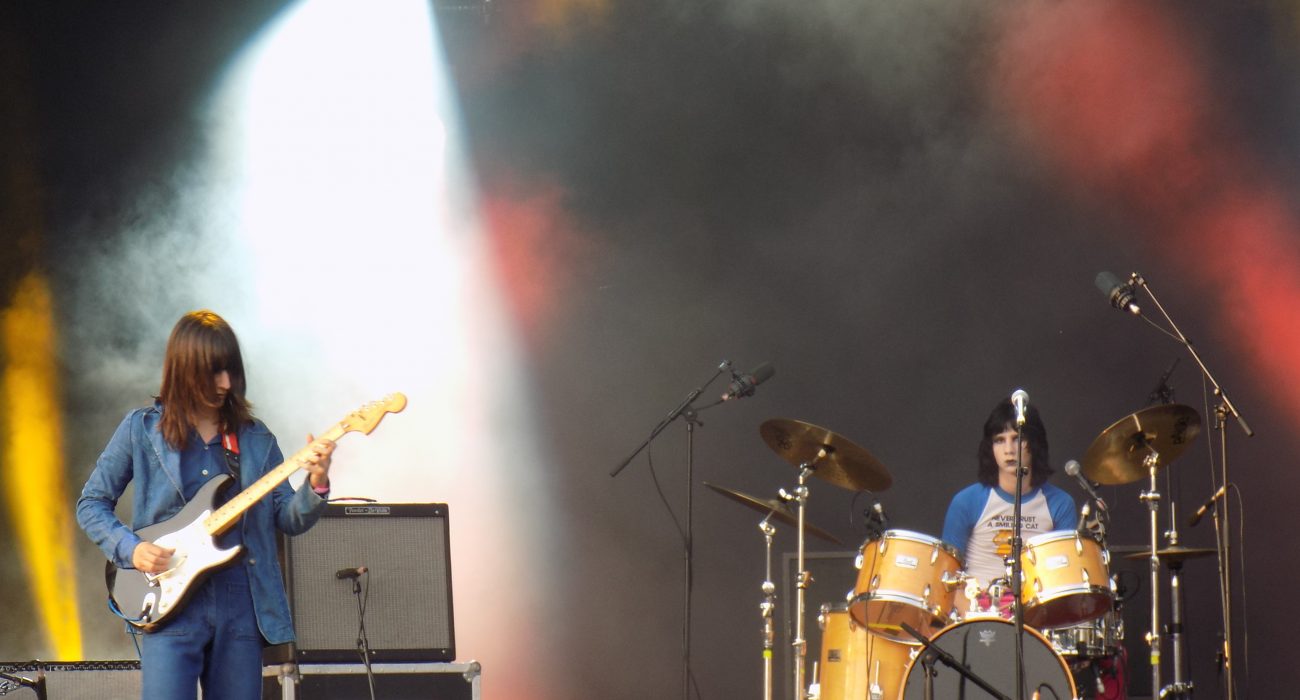 The Lemon Twigs are two-faced. One charms with the bashful charisma of a children’s TV presenter, the other with the lurching jive of an orang-utan swallowing a fruit bat. Brothers Brian and Michael D’Addario are the preening, stomping heart of this group, and they brought their eclectic brand of 70s glam rock to the Ritz last Friday.

Brian, the more affable of the two, begins proceedings by cheerfully launching into hit single ‘I Wanna Prove To You’, a song which the audience has apparently paid the entrance fee to hear. They set the bar too high, however, as the elder brother struggles lamely through numbers, treading the line of pleasingly retro baroque tinged glam, and simplistic melodious ballads.

I find myself craning my neck to watch the younger Michael pouting behind the drum kit as the schtick drags. He seems to be attempting to propel himself through the air to the front through sheer force of will, almost pushing his brother off the stage in the process. Brian does achieve another peak with a well-rendered cover of Jonathan Richman’s wistful tune ‘You Can’t Talk To The Dude’. It’s a welcome change to a set that is occasionally wholesome good-natured 70’s glam pop fun, but frequently is the aural equivalent of Marc Bolan sat at home in cargo shorts and a brown t-shirt, playing around with Microsoft Excel.

The night changes inexorably halfway through the set when Michael takes to the microphone. It must be a full moon, as he raises the songs beyond the bands recorded efforts with a lycanthropic energy. There’s definitely something trying to get out of Michael D’Addario for the final half an hour as he flickers between mirthless repose and manic delirium.

It’s hard to tell whether he adores the now fatefully sagging Mick Jagger or utterly despises him, nevertheless, he begins strutting, singing and air kicking with a sneering anger that stays with him and reaches a cathartic zenith with the climactic ‘As Long As We’re Together’.

The Lemon Twigs lose a mark, however, for being 20 and 18 years old respectively, and having both a record deal and an IMDB page; get a f*cking grip boys.