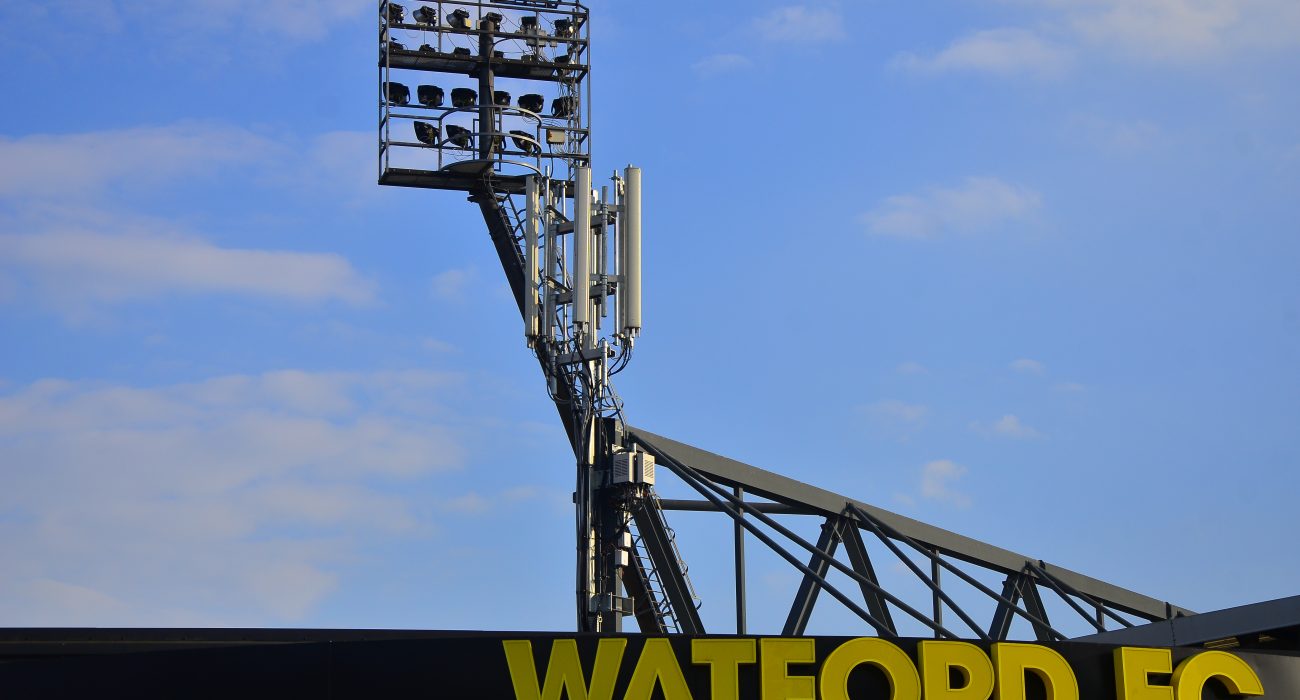 Mourinho will be hoping his side can do better than the 3-1 defeat they faced at Vicarage Road last season. His side desperately needs to win to keep up the pace with Manchester City and to break the unsavoury run of two consecutive away defeats.

There is a change in formation tonight with Mourinho opting for a 3-4-2-1 formation. De Gea starts in goal with Lindelof, Smalling and Rojo in defence. This is Lindelof’s first back-to-back start and he will be looking to impress once again, Marcus Rojo makes his first appearance this season. Valencia, Pogba, Matic, and Young make up the midfield four, Lingard and Martial play just behind Lukaku up front.

United begin the game as predicted with the majority of possession. Like Brighton at the weekend, Watford are a solid defensive unit, here a back five with two sitting just in front. They do possess quite a lot of pace in attack and United will have to be wary of that.

That possession hasn’t equated to anything resembling a chance and Watford deserve commendation for winning almost every single 50:50 ball. Not just that but they have been cutting through the United defence with fantastic passing moves on the break, having the first shot of the game.

Brighton, when in control of the ball, seem to be targeting United’s right-hand side. Richarlison is making darting runs behind Valencia to isolate Lindelof which it appears they’ve identified as the weak spot.

Lukaku passes the ball to a lone Lingard who manages to retain possession as he waits for his teammates to move up with him. He finds Ashley Young on the end of the box and drills the ball on the half-volley into the bottom corner. It was hit so hard the keeper had no chance even though it was at the near post.

That goal seems to have opened the game up a bit. Paul Pogba gets the ball in his on half and makes a surging run towards Watford’s penalty area. Doucoure makes a sloppy challenge from behind and gets a yellow card for his troubles. The free kick is from 27 yards and quite central, a perfect position.

Ashely Young, still high from the first goal puts the ball down with confidence. It is hit inch perfect bending into the top corner and Gomez, who was standing almost in that corner had no chance. Even Mourinho seemed gobsmacked that the ball went into the back of the net.

Watford will be crushed that their good possession hasn’t amounted to anything and United’s sporadic possession has brought two goals. Young has been one of United’s best players this season with a skill for crossing yet he is showing here that we haven’t seen the last of his goalscoring exploits just yet.

Marco Silva looks stunned and the reason for that is a fantastic third goal for United. A poor defensive clearance gives the ball to Lukaku. He manages to find Martial in acres of space and he slots it home confidently. We are only 31 minutes in but this game has already been put to bed. They have only had three concrete chances and been uncharacteristically clinical.

The only time so far this game that Gomez has touched the ball so far has been to fish it out the back of the net. Will this be the first game this season where United score more than four goals? With Arsenal at the weekend, a big win here will give them bagfuls of confidence.

After a sustained period of losing the possession almost immediately, Watford get the ball in the United half but Rojo drags the player down, receiving a yellow card. It was bad foresight to be caught on the wrong side of the player and his decision to foul the player was rash as Smalling was waiting just behind.

United get a free kick in the exact same position as before after Martial gets hacked down from behind. Adrian Mariappa gets a yellow card for his action. Ashley Young picks up the ball straight away again, will we see another goal? Sadly not, it goes straight into the wall.

Silva is not a happy manager at all. Flashbacks of the six-nil loss here against Manchester City is fuelling his rage-filled outbursts. His side’s initial bright start has descended into a festering mush of sloppiness and incompetence.

Gomes, on the fourth attempt, finally makes a save. He makes a scrambling save to stop a low shot from Lukaku then quickly gets up and runs to the other side of the pitch to save a second shot from Lingard. If either of those had gone in there would be no coming back for Watford.

In the last move of the first half, Femenia loops the ball onto the head of Richarlison. The best chance of the game for Watford so far, he should have at least hit the target, instead it goes just over. There will need to produce something very special to come back.

This is Romelu Lukaku’s 200th appearance and he’ll be hoping that he can grab a much-needed goal to give him more confidence. He will undoubtedly have more chances to score as Mourinho never substitutes the Belgian. The likes of Rashford and Ibrahimovic will be waiting eagerly for their chance to join Young and Martial on the scoresheet.

Watford are not out of it just yet and they are still testing the United defence. They get back to back corners but lose the ball and faces a 3 vs 5 counter attack. Martial finds Lukaku on the right-hand side of the penalty area, a perfect opportunity to shoot towards the far post. For some reason, he doesn’t shoot and passes the ball to a Watford defender. In a position as good as that he really has to shoot, weak foot or not.

Matic goes down, presumably a knock from the endless amount of games he’s played, Herrera comes on in his place. Manchester United’s 2016 Player of the Year starts a little clumsily but quickly settles down.

Mourinho’s second change is a like-for-like one, Anthony Martial for Marcus Rashford. Martial has been brilliant this game, weaving through players effortlessly and grabbing a goal too. Marcus Rashford continues his run of being the only United player to feature in every game so far this season.

Watford are seeing just under two-thirds of the possession in the second half. United are content to sit back and defend, perhaps practising for the superior opponents of Arsenal in a few days time. Of the seven shots so far Watford have had, not a single one has hit the target.

It has become obvious that Lukaku has some serious confidence issues. He was faced with essentially an open goal after Rashford dispossesses the defender. Rather than shoot straight away he takes so long that the entire team, coaches, fans and ballboys got between him and the goal.

Minutes later, and with just 13 minutes to go, Marcus Rojo makes a completely unnecessary challenge in the box to give away a penalty to Watford. Troy Deeney, off the bench, puts the ball down on the spot. He sends the keeper the wrong way to make the score 3-1. Is this the start of a Watford comeback? Will United be punished for wasting chances?

In the 83rd minute, Doucoure makes it 3-2. Carrillo picks him out with a brilliant pass to the edge of the box and, with a lot of work still to do, drills the ball past De Gea. All of a sudden there is a danger of losing the three points in this game.

Jesse Lingard gets the ball well within his own half with nobody with him. He breaks on his own and beats three players as he sprints the full length of the Watford half before hitting the ball across goal into the bottom corner to make it 4-2. What a phenomenal goal, you won’t see much better this season.

That was his last contribution too as he makes way for Zlatan Ibrahimovic who makes his 50th appearance for Manchester United. With two minutes plus stoppage time, we could realistically see goals from both sides. The fourth official hoists the board aloft to show four minutes of extra time.

Injury time is end to end but it will stay at 4-2. It is the 8th time this season that United have scored four and all four where sublime. They close the gap between themselves and Manchester City to five points but they will be favourites to beat Southampton tomorrow. Mourinho’s next game is at the Emirates against an Arsenal side that needed an injury-time penalty to beat Burnley at the weekend.