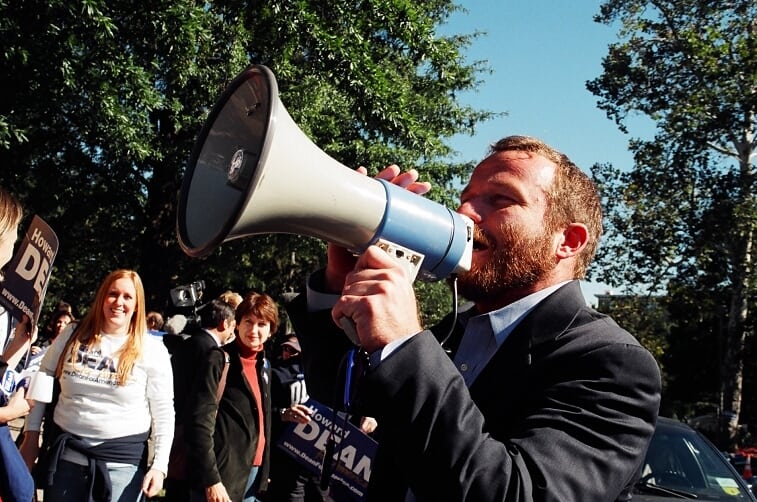 He who shouts loudest: the danger of echo chambers

The dominance of social media in our lives is creating a new divide in our society. One that isolates us from diversity of opinion, an absolute necessity for functioning democracy, as it encourages open-minded discussion and ensures we constantly challenge our pre-existing worldviews.

Let’s use Facebook and politics as an example. Say you have 500 ‘friends’, 200 Conservative, 200 Labour, and 100 distributed among the minor parties.

Facebook’s newsfeed algorithm promotes the type of posts that you engage most with and hides those that you largely ignore.

So if you hold a conservative viewpoint and thus interact with those posts and articles more, you’ll see the alternative ideologies disappear.

Without you realising it you’ll be surrounding yourself with only those views that you already agree with, the influx of new media outlets and people that appear on your feed will just reaffirm those beliefs.

This is called an ‘echo-chamber’ and it is more dangerous then you think.

Journalism has been forced to evolve in this new technological era to rely on views and shares. The easiest way to achieve this is to confirm what you already think.

As a result, there has been a staggering increase in the number of websites that thrust sensationalist or biased headlines upon us.

This kind of extreme journalism works because it provokes a reaction from those that share the same viewpoint. A conservative will always like or share an article condemning or satirising Labour and Jeremy Corbyn and vice-versa.

An unfortunate consequence of this is that the values of the person consuming these articles become more and more extreme too.

The political divide doesn’t start at a gaping chasm, it moves a millimetre at a time, so slow you don’t notice until suddenly you realise you can’t see the other side.

The real world implications of this are astonishing. When two people or groups from opposite sides of the spectrum are forced to face each other, whether that be politically or on social issues such as feminism, there can often be quite heated conflict.

Both sides see the other as radical and the disparity in ideologies leads to an unwillingness to listen or attempt to understand.

The inability to hold a level-headed discussion on such a subject and the resultant retreat further into so-called ‘safe spaces’ and ‘echo chambers’ causes such ludicrous words as ‘feminazi’ to come into existence.

Like any issue, the opinions they receive form a spectrum and those who are most passionate, and thus most vocal, find themselves either strongly agreeing or disagreeing.

In a survey done by the Washington Post regarding feminism in the USA, 17% of women considered themselves to be strong feminists and 2% strongly antifeminist.

But what does this mean? It means that the women that ardently support modern-day feminism make up just one in seven women. A small minority, yet their voices shout louder than the other six purely because of their passion.

Likewise the subset of men who make it their lives work to oppose them only account for 1 in 20 men, and that isn’t representative either.

The remainder may feel alienated by both sides, or frankly just not care, as if it doesn’t affect their day-to-day lives then why should they get involved? This imbalance is present in all issues.

For example for politics in the UK, a poll by Opinium Research showed that 6% of people were very left wing and 3% very right wing with almost two-thirds of people laying centrally with their political beliefs.

Saying you’re entitled to or have a right to an opinion is a logical fallacy, and those who say such things often do so to escape facing the fact their viewpoint is morally or factually indefensible.

The right to an opinion is trivial when you are so steadfast in your position that you aren’t open to reason. Be vocal and be passionate, but also be respectful, be understanding, and most of all, realise that changing your beliefs isn’t a sign of weakness, it’s a sign of growth.