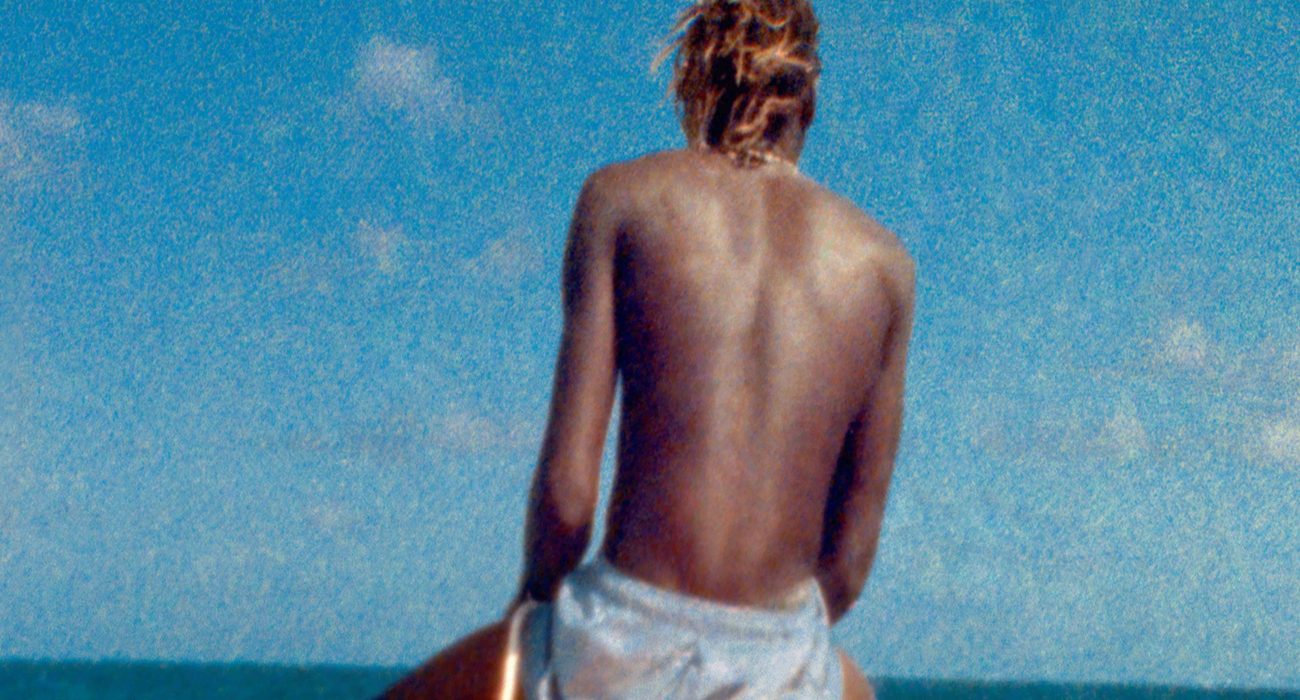 Steve McQueen’s Ashes (2002-2015) at the Whitworth is unmissable. Tracing the story of a young Caribbean man, the eponymous ‘Ashes’, the projection consists of two screens, each following a different aspect of his story. On one we are shown the sunny bliss of Ashes’ youth through Super-8 footage; whilst the other exposes the darker realities of the gang culture that corrupted his later life — it becomes hard to believe that the two sides are related at all.

As we watch, we are never gratified by either. Each part seems to remain partially hollow, we are haunted by the prevalence of the alternate side that comes seeping back through the darkness. We hear competing sides of Ashes’ story whilst we watch: moved by words such as “were” and “shoot him”, though there is a disjunction between the visual and the audio, they begin to overlap — making his life and death inseparable.

As we sit and watch Ashes, a man playfully jumping from the deck of the boat, McQueen reminds us that this distinct feeling of life has been cut short; our peacefulness is broken by the shrill scratching and carving noises that engrave his name, pulling us back to reality.

Yet the careful curation guides you through a process of understanding, as you grapple with the realities of the film. McQueen gives the viewer a choice as we position ourselves on either side — placing an emphasis on human decision. Even experiencing the exhibition emulates the process of grieving, as the life and death dichotomy of the two screens jar how we interact with the piece.

The piece is haunted by the process of memorialisation; the significance of his name being that it is a product of  loss. The word ‘Ashes’ attains a multiplicity that is both personal and universal — for at once representative, like spreading the ashes of our loved ones, it also highly specific, providing a platform for the silenced voice of a young man.

The piece awakens an understanding of this culture in his viewers, which is refracted through posters, the headstone and looped nostalgic film. McQueen encourages this memorialisation however —  providing the audience with something they can literally take away from the exhibition, a double sided poster of Ashes, full of life as he looks out from his boat.

Each side of the poster differs slightly aesthetically, but dramatically in meaning. On one side we have the story of his death, its permanence is engraved across the image like the words on his tombstone; whilst on the other it is just Ashes, no words, no story, a humanness so real, that it makes the reality all the more tragic and unjust. McQueen leaves us with another choice as we hang our posters up in our bedrooms and kitchens, which side will we display?

The showing of Ashes will be the cornerstone of a new programme of engagement work with young men in Manchester, and will be on show at the Whitworth from the 22nd September – March 2018.