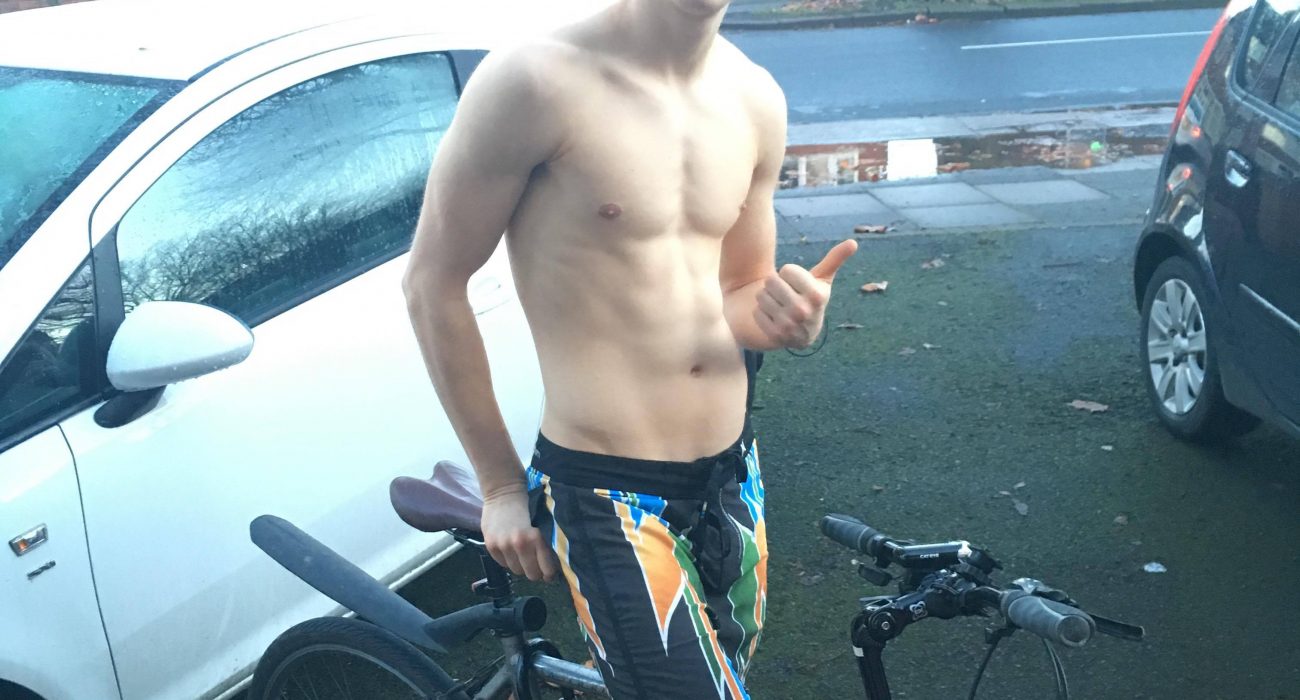 Student strips down to swimwear for final week

George Malim is fundraising for East African Playgrounds and the Ugandan Wildlife Authority by stripping down to his swimwear for the entire final week of this semester.

He told The Mancunion, “I chose to go in swimming trunks to go for a summery vibe. So cycling to uni in them is going to be pretty grim since it’s winter. I felt the grimmer the challenge the more likely people would be to donate. I’ll also be posting a picture of me in my trunks with a copy of the day’s paper each day to prove I’ve been doing it.”

The fourth year Chemistry student is aiming to raise £2000. East African Playground provide safe and fun play areas for disadvantaged children. Volunteers like George will not only work alongside builders to construct the playground but will also work towards introducing interactive play and creative learning into the curriculum.

“Playing and interacting  with other children is an integral and important part of early social development, which is why EAP are doing such an important job and is why I chose this organisation to raise money for,” George said.

“A portion of the money will also go to the Ugandan Wildlife Authority, who focus on the conservation of Uganda’s native wildlife, such as the silverback gorillas still native to the area.”

This won’t be George’s only fundraising activity. He’s hoping to host a couple of pub quizzes in either Fallowfield or Withington.
If you see George around campus, make sure you head to his donation page.