On Wednesday, December 13th, eight of my nine housemates and I left our Withington home just before 8pm. In the final days before the Christmas holidays, we wanted to take one of our last chances to raise a glass together and celebrate the end of a long and demanding semester.

Although Withington high street is not replete with Manchester’s hottest nightlife venues, we had tracked down a quiz at local bar Solomon’s. Despite our best efforts, we were bested in the final rounds — but unbeknownst to us at the time, our evening’s losses were about to get much, much worse.

About an hour later, at a friend’s house, my phone started buzzing – rarely a good sign when it happens so late. My housemate told me frantically down the line: “We’ve been burgled. Most of the guys have had their laptops stolen”.

Whilst we had been out, at least one burglar had climbed over our back wall, smashed the glass back door, reached through and opened it. Tracking mud and footprints through the house, they had gone into every open room and pinched everything of value they could find.

What the intruders didn’t know was that one of my housemates had actually been home at the time — watching football in his room at the top of the house. As they reached the second floor, they nudged open his door, and without properly looking, he had called out: “Yeah?” Suddenly finding that they were not alone, the perpetrators fled, down two flights and out the front door with their pilfered loot.

None the wiser, he continued watching as his side eased to victory. It was only later, when he came downstairs, that he realised how close he had come to encountering a dangerous, possibly armed criminal face to face in his own home.

None of us are sure how long the burglar or burglars were inside, but they had managed to swipe six laptops, a purse, a passport, an iPad, and some of the girls’ jewellery. Interestingly, after unwrapping it, they had neglected to take the vinyl player we had bought for an upcoming birthday in the house.

Reaching for a stress-relieving tipple, another of us noticed that in addition to his laptop and passport, the thieves had also pilfered his bottle of knock-off Baileys and a bottle of wine. Only four rooms were left untouched — two of which had been locked, and the two other top-floor rooms, which had been unwittingly protected by my unsuspecting friend.

I rushed home to find my housemates huddled together on the stairs, comforting each other and joking around — making the best of a bad situation. Whilst there was a warm sense of camaraderie it was clear that some of them were quite shaken up.

Although everyone was clearly safe and unhurt, the first question I asked was whether the police had been called. Yes, one of us had called at around 10.30pm when he realised what had happened. Someone had also called our landlady, who had been distraught to hear our news — she had already sent a handyman who had come and boarded up our back door within an hour.

As the time approached 12.30am, we began to wonder whether a police officer would ever turn up. “I might become a burglar if this is the sort of response time the police are working with”, someone joked. About two hours after the original call, I phoned the GMP non-emergency number to inquire. I was told that someone should have been sent by now, along with a forensics officer, and that they would be along shortly. I gave her my number and she told me that I would receive a call.

Another hour passed – my phone remained still and silent in my pocket. Our doorbell also remained worryingly untouched. The time ticked past 1.30. I decided to call back, this time slightly more indignantly. It was only then, three hours after our original call, that we were told nobody would be coming to the house until morning.

In a tone that suggested I was irritating her, the woman on the line told me that our house was secure, we weren’t in danger and that there were “more important things for the police to be doing.” I pointed out that no one had assured the police of our safety and that, in fact, we had not even been asked what had been stolen or if the thieves had left any evidence.

Begrudgingly, she informed me someone would visit in the morning. We all retired to bed just before 2am, the smashed glass and muddy footprints of the burglars who had invaded our house still decorating the floor. But for the kindness and initiative of our landlady, we would still have had a gaping hole in our back door.

By late morning on Thursday December 14th, I had still not received a call from the police. Again taking matters into our own hands, one of my other housemates made two further calls to GMP. At last, they admitted they wouldn’t be able to send anyone to our house as we were part of a long ‘waiting list’.

It didn’t matter, apparently; according to the police, the burglars were “probably wearing gloves”, and their capture was therefore out of the question. We were told we could clear up after them — not that we had ever been told to preserve any evidence.

Perhaps the most galling injustice came when a Whatsapp message from our house group pinged into my inbox later that day. It was a screenshot of a tweet that GMP Fallowfield had shared the previous evening: “Extra officers out patrolling Fallowfield & Withington overnight on #studentsafe operation. If you see anything suspicious please call us straight away.”

Extra officers out patrolling Fallowfield & Withington overnight on #studentsafe operation. If you see anything suspicious please call us straight away.

Burglaries in South Manchester are not uncommon — and, realistically, none of us really expected the police to be able to track down the perpetrators who had ransacked our home — we are all aware of the budgetary constraints from which GMP suffers. All we wanted was the reassurance of the police, some instructions on what to do next, and the comfort to know that we were safe. It speaks volumes that our landlady was able to offer better and more prompt support than our government’s tax-funded officers of the law.

It is a great shame that recent action on student safety in South Manchester has, as yet, amounted to nothing. A petition presented to Andy Burnham with over 9500 signatories as well as measures from the Student’s Union so far seem ineffectual. And worse this incident, alongside others like it, not only highlights the desperate lack of funding resources available to GMP.

At the same time, it calls into question their duty of care towards students. Was this Tweet an expression of a genuine commitment to improving crime conditions in Fallowfield and Withington, or a mere PR stunt, as students are left to fend for themselves? 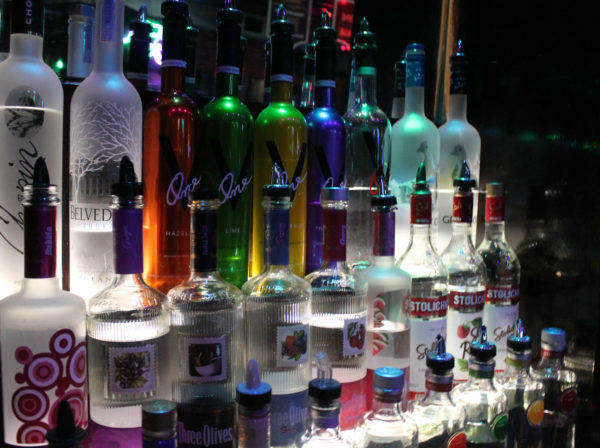