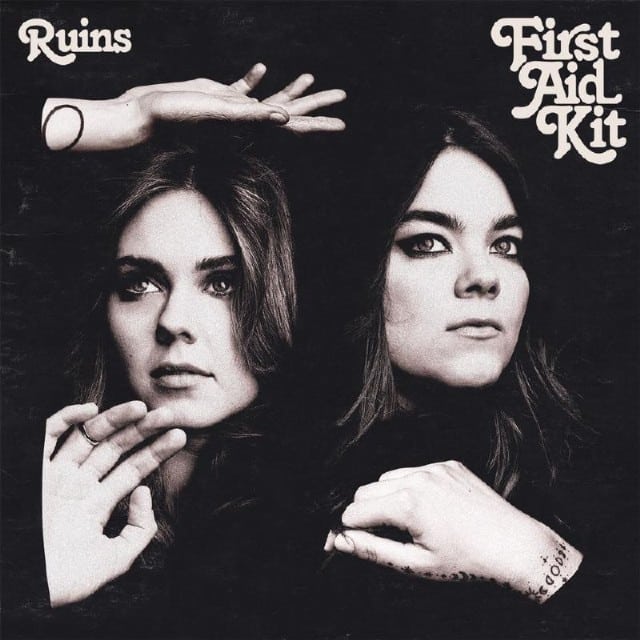 The Swedish sister, folk duo First Aid Kit’s new album Ruins is one forged from heartbreak. However, far from being an album filled with self-indulgent remorse it acts as a life-affirming presentation of the human heart.

Klara and Joanna Söderberg’s breathtaking, often heart-breaking, harmonies and their impeccable ability to craft new music allowed them to capitalise on their 2008 Youtube fame. Since then the duo have released four albums and two EPs. Riding on the success of these and growing critical acclaim, with a nomination at the BRITS and a powerful Glastonbury performance last year, there was a lot of pressure on this latest album. Despite this Klara and Johanna stayed true to their original sound, resisting the temptation to commercialise.

The sisters grew up just outside of Stockholm yet their music has been heavily influenced by American folk movements, with this album being written in LA. Despite this movement away from their Scandinavian routes the warmth within their music strongly evokes the notion of ‘hygge’ — a Scandinavian celebration of the cosiness of candlelight and company. The duo aren’t afraid of tackling difficult issues, such as sexual assault and divorce in the past, meaning that, despite its warmth, their music carries power, with ‘Hem Of Her Dress’ culminating in the full-throated, impassioned voices of a choir of band members and family.

The album has acted as a catharsis for Klara who, after taking a well-earned break from touring, ended a long-term relationship before moving to live with her sister in LA. By taking a break from touring she was able to explore the emotional impact of the break-up through music, creating an album from the so called ‘ruins’.

In this sense the album could be seen as their most personal to date, yet their powerful story-telling continues to paint beautifully accurate depictions of women, their dreams, hearts, and stories, which remain relatable. The sister’s unmistakable harmonies run throughout the album, their voices complimenting each other in a way perhaps only sisters could.

From the dance-inducing opener ‘Rebel Heart’ to the bitter-sweet ‘Postcard’ and the heartbreakingly dreamy ‘To Live A Life’ the album culminates with the stripped bare ‘Nothing Has To Be True’, the only song with none of the duo’s trademark harmonies. Instead the album concludes on a loop of white noise that will, on the singers’ own admissions, leave you feeling like you’ve just awoken from a dream, and what a beautiful sounding dream it is.