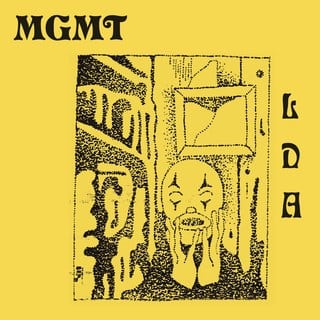 MGMT (stemming from the bands original name, The Management), have released their first album in five years, Little Dark Age. The album’s name is in-keeping with anyone’s view on the world right now in both political and social terms.

When asked why they had been gone so long, they stated how the US elections of 2016 sparked the inspiration for the new album: “Apparently, we were more inspired to write pop music after evil took over the world.” The two members Andrew Van Wyngarden and Ben Goldwasser, met at college and carry through their heavy electro-pop influences to this day. The touring band expands to six members, one of which provided inspiration for the track ‘James’.

Stand-out tracks on the album include ‘When You Die’ and ‘Me and Michael’. The former is an uncomfortable song which plays like a chilled pop song but the lyrics add a tenser air: ‘I’m ready/ To blow my brains out’. The latter sounds like an ode which would be just as disturbing when spoken aloud as well as sung. It sounds like the kind of music and comments Soft Cell would be making now.

The LP’s title track sounds like classic MGMT, just a little less upbeat, which is in line with the tone of the album. Spaced out lyrics with big breaks for synth beats will remind you of an earlier time for the band but this track has more to say than initially appears. While haunting and clean, the track also manages to masquerade some darker themes in that it is commenting on society and music as we know it: ‘I grieve in stereo/ The stereo sounds strange’.

Their music may have gotten darker in tone compared to summers past, and while the music is very good, the mass market aren’t listening to anything like they used to. Gone are the days of ‘proper’ bands and that is what will keep this album’s goodness under wraps. MGMT are fully aware that they haven’t been able to recreate their success of their debut album and while we can safely say this LP won’t bring them the same recognition, it has the ability to influence people’s thinking.