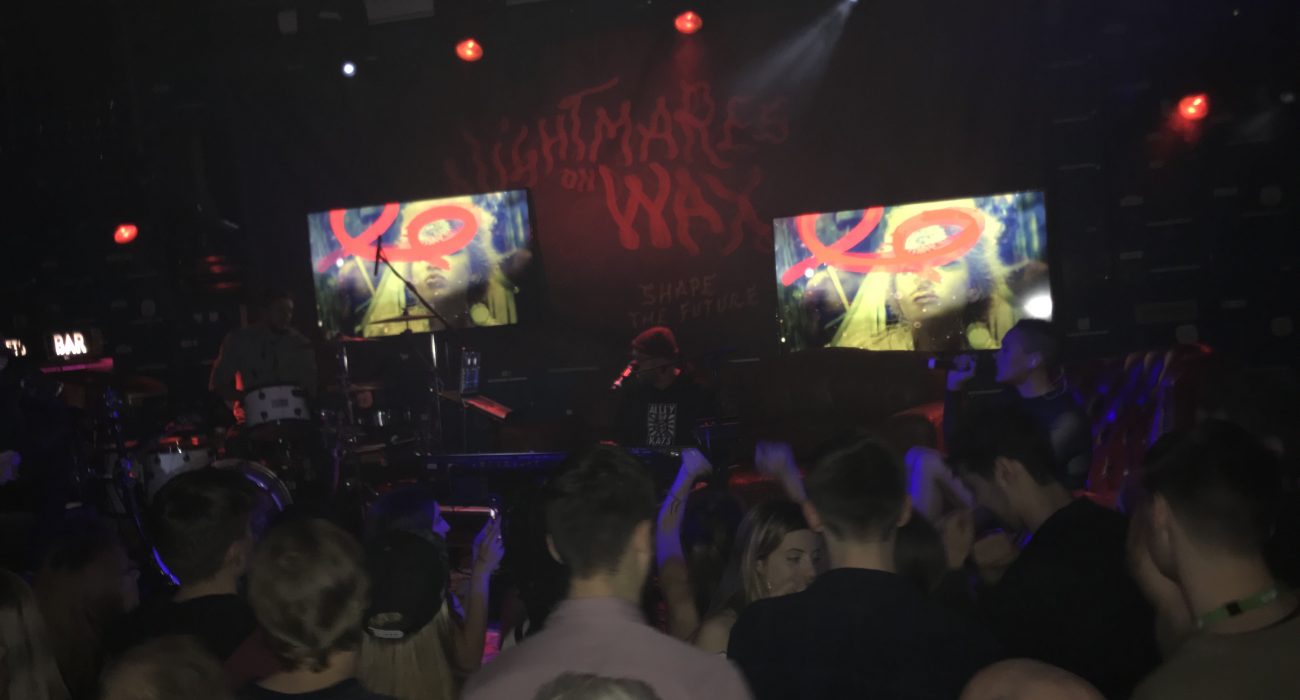 George Evelyn returned to Manchester last Wednesday, armed with a brand spanking new album, a wealth of experience and a chilled agenda. After celebrating 25 years in the industry, it’s clear Evelyn — a.k.a. Nightmares On Wax — knew how to take the space for his own, and transform it into not only an event, but an experience.

Sat on sofas for the majority of the set, Evelyn and his ensemble were surrounded by burning incense sticks throughout, creating a cosy, intimate feel to the well-anticipated show. It only emphasised George’s humility and genuine passion for making electronic music. Having recently spoken to The Mancunion about the ever-present existence and strength of the underground scene, the living room set up tinged the set with organic roots.

Standout tracks included ‘Tell My Vision’, ‘Shape The Future’ and ‘You Wish’ which demonstrated his longevity and excited the crowd with freshness and an undercurrent of electricity. In our recent interview, Evelyn commented that it was great to see so many of the new generation fans at his gigs; this show did not disappoint.

Evelyn himself showed off a range of skills; the understated atmosphere was no sign of any subtly regarding the sound. He maintained dynamism by taking the limelight to sing, whilst taking a step back to use the mixer at appropriate intervals.

It was clear influences came from old school soul tones, as the smooth and polished beats leaked from the intimacy and privacy of the living room to the keen ears of fans. Despite the effortlessness of Evelyn’s performance and the relaxed atmosphere which permeated the whole affair, there was still a remarkable amount of tangible energy oozing from each member of the band.

Nightmares On Wax is still producing those unmistakable sounds and apparently now attracting an eager young crowd; there seems to be an ultra-modern trend of tracing Northern underground electronic music back to its foundations. The night in Gorilla was easy and well-received, less of a nightmare and more of an incense-infused dream.