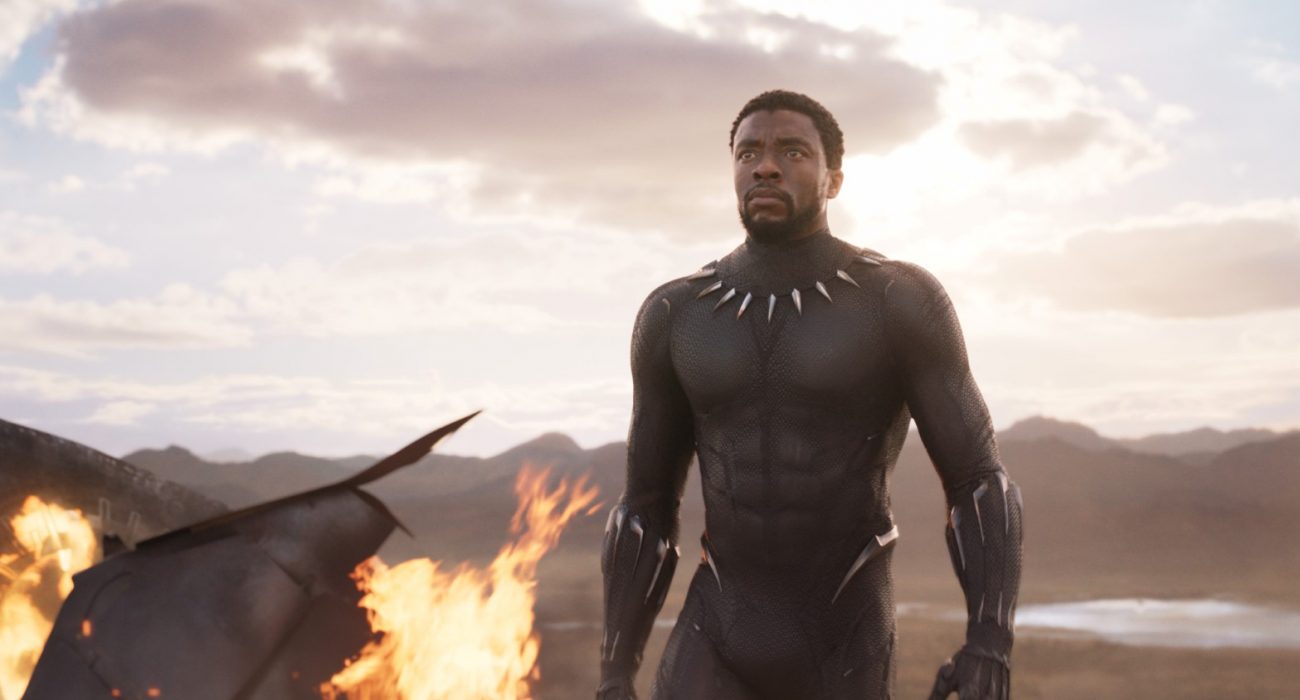 It was always going to be a risk from Marvel to produce a film surrounding a minor superhero and with an almost entirely black cast, but it is one that certainly pays off. Not only does Black Panther boldly stand shoulder to shoulder with the other films in the Marvel Cinematic Universe, it feels distinct enough from those previous that it can serve as a stand-alone film.

When T’Chaka is killed in a terrorist attack, his son T’Challa inherits the throne. His nation of Wakanda is hyper-advanced by fortune of a mineral-rich meteorite hitting their land thousands of years prior. To protect themselves from the outside world they don the disguise of an impoverished third-world country. When a rebellious Wakandan tries to take the throne and through it take revenge for an age of discrimination against his race, T’Challa must risk his life to defend peace.

Whilst T’Challa (Chadwick Boseman) is the titular character in the film, he is surrounded by strong female characters. The key difference between the women here and in other Hollywood blockbusters though is the importance they have in the story. Lupita Nyongo’o plays the King’s most trusted spy, Letitia Wright his wickedly intelligent sister and, in arguably the best performance of them all, Danai Gurira takes on the role of Okoye, the warrior general. All three influence the direction of the plot and it was refreshing to see female leads who were well-written and not just used as flimsy love interests.

That same high quality of performance was shared amongst almost all of the cast with one major exception, Michael B. Jordan’s villain Erik. The character had a rich backstory and yet, as is often the case with Marvel villains, he felt one-note and unexplored. Jordan’s character had a tough upbringing in a poor American community before entering the army and getting the nickname ‘Kilmonger’, the sheer amount of detail glossed over could have easily become a film in its own right. Nevertheless, even with this scripting disadvantage, he squeezed every drop of life from his lines to be one of the best villains yet.

Black Panther is immediately striking in its unique aesthetic. Bold and colourful, it is unlike anything we have seen in the Marvel Universe before. In the Kingdom of Wakanda, for example, there is a dazzling mesh between traditional African and contemporary culture, a style contained within Afrofuturism. With 20th century roots in artists such as Sun Ra, Afrofuturism lays at the heart of the artistic vision for the film. It runs deeper than just clothing and architecture though, a critique of the African and African-American experience, one that is revisited multiple times throughout the film.

Accompanying the visual delight is a soundtrack featuring that same traditional-contemporary collaboration. Hip-hop visionary Kendrick Lemar creates and curates a collection of emotionally and politically charged tracks with artists such as SZA, Schoolboy Q and Future. Ludwig Göransson, best known for working with Donald Glover on his Childish Gambino albums, composes a complementary score containing a vast array of unorthodox sounds. In fact, Göransson spent a month in Africa to ensure he could weave these authentic African elements in a way that wasn’t intrusive. Bringing all this together and you have one of the most innovative soundtracks ever seen in mainstream cinema.

In the end, despite the new representations and artistic style, Black Panther cannot escape what it truly is: a Marvel film. Therefore it must adhere to the formula, with a CGI packed climax where our hero overcomes the villain. Thor: Ragnarok and this show that the creative reigns are loosening but the series needs to evolve to remain dominant after Infinity War. You can dress a man in different clothes, but at the end of the day he’s still the same man. Maybe the time has come for Marvel to cast someone else.