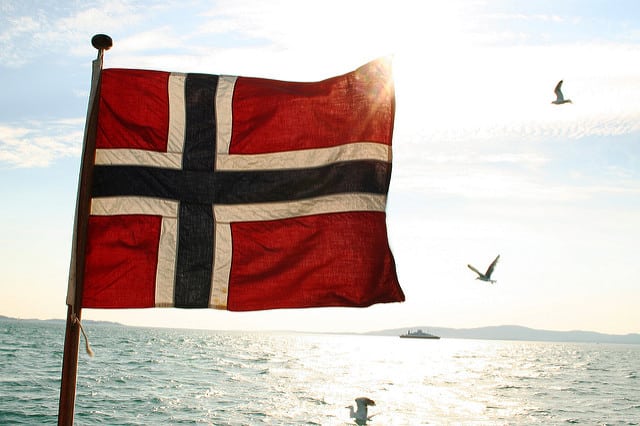 23rd December 1963, this is an important date in Norway’s economic history. Norway struck gold of the hydrocarbon kind; Philips Petroleum discovered one of the largest offshore oil fields in history. This was the date that  Norway’s success story started in earnest.

But why would any government want to have its own fund and invest taxpayers’ money in the stock market and in bonds and real estate? The answer is less complex than one might think: to ensure Norway’s massive oil resources — expected to last another 50 years — guarantee the prosperity of future generations. The returns from the wealth fund to pay for pensions and other public services.

Norway is not the only nation with a sovereign wealth fund. The UAE, Kuwait, Singapore, have their own large sovereign wealth funds to protect, invest, and grow their national investments — China has two! Question is, where is the UK in this sovereign wealth league? Surely, we have a few oil resources in Nicola Sturgeon’s backyard. Last I checked, since 1968, the UK has netted over £250B in oil and gas revenues.

In the age of rising council taxes, NHS struggles, housing challenges, and other public service cuts, surely the bright minds on both sides of the political spectrum have thought of economic policies that go beyond taxing corporates and the rich. Surely, both Labour and the Tories have looked at the Norwegians’ success and thought of leveraging London city’s collective financial acumen to invest the 2017-18 oil and gas revenues of £700M — with some more to come — with a view to the long term.

Looking to the rankings, however, Team GB is nowhere to be seen.

We have had £250B of oil revenues, some additional £70B of revenues from privatisation proceeds since 1979, and the £22B cash cow that was 3G mobile phone licensing auction under Gordon Brown – some £342B in total. So, next time you hear about austerity, the widening deficit, NHS problems, and council tax hikes, ask yourself two questions. Firstly, where has over £342B worth of UK revenue gone? And secondly, is it too late for the UK to launch a sovereign wealth fund that addresses the nation’s long-term problems such as pension and NHS funding?

So, where did all this money actually go? Effectively, UK’s £342B was distributed to taxpayers to spend and save the way they want. Having said that, the public sector’s net investment is lower as a percentage of GDP today than it was in 1978-79. Both the Labour and Tory governments used this cash extra cash to keep non-oil taxes “lower than would otherwise have been possible without rising debt levels or sharp cuts in public spending relative to GDP”.

This is the frustrating part. The UK government could have used £342B in the 80s to start a long-term sovereign wealth fund. If managed well (like Norway), this fund would be valued similar to Norway’s at about $1T in today’s money. Norway draws about 3 to 4% of its fund to pay for public services every year in the budget, about $26B – what would Theresa May give for this luxury?

Is it too late for the UK to jump in the sovereign wealth management? The short answer, in my view, is no. The UK has some of the finest investment experts and civil servants, that would doubtlessly be capable of managing a Great British Sovereign Fund that is transparent, responsible, and driven to deliver for the next 100 years of public services in the UK.

In a backdrop of Brexit, mounting pension bills, a housing crisis, and a paralyzed NHS, British politicians are often blamed for not having ‘enough imagination’ to drive the UK economy forward.

Moreover, with North Sea oil resources depleting faster than ever, and the post-Brexit outlook looking uncertain at best, Britain requires bold leadership with new ideas. A sovereign wealth fund may just be the answer.