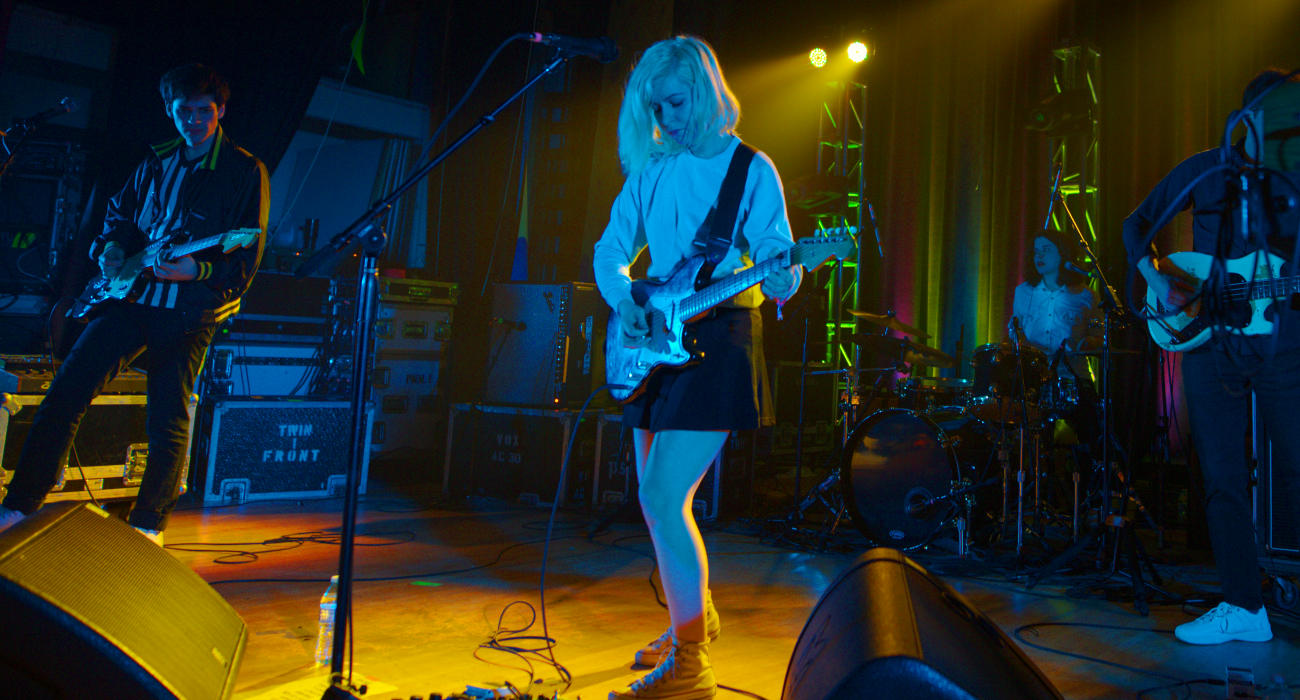 In the current musical scene, there are many artists that transcend genres or are impossible to pin down. Indie pop is a very wide genre. I’d place Charli XCX as the perfect face for indie pop. Alvvays, however, have a bit more of a rock sound than most artists of the aforementioned genre. Therefore, I think it’s fair to classify them as dream pop.

Academy 2 had sold out and the audience was a mixture of all sorts of people of all ages, children and families included. The band’s following and popularity are interesting when taking into consideration that the first of their two albums were released in 2014. A quick look at Spotify reveals that most of their songs have achieved more than a million streams on average, with one track, ‘Archie, Marry Me’ hitting 15 million.

To be completely honest, their studio sound, characterised by echoing vocals and distant instruments, didn’t enthuse me. Don’t get me wrong, I enjoy Alvvays’ albums, but there seemed to be something missing. Even on good equipment, it feels muddy and soft.

Live, however, their sound is completely different — and better. The distance that their studio recordings have is completely eliminated. The drums and bass are loud and punchy while the guitars and keyboard are clear and easy to identify. Molly, the vocalist, also sounds much better live — and in her recordings, she’s pretty great. Their quaint yet playful dancing and pacing set to trippy, minimal background visuals rounded off the performance in a neat package.

The nature of the dream pop genre made for a very relaxed show up until the end where we were prompted to show them our “British bounce”. During the last three songs a small mosh pit started, it felt totally out of place at the gig but hey, live and let live.

With a discography of only 19 songs, the band’s set only just managed to last an hour but, in their defence, it felt like quality took the place of quantity, with every single track being a welcome inclusion to the show.

Ultimately, the most fitting description for the evening is: pleasant. With every element hitting the spot and no downfalls, the show was well worth the evening and perfectly memorable.