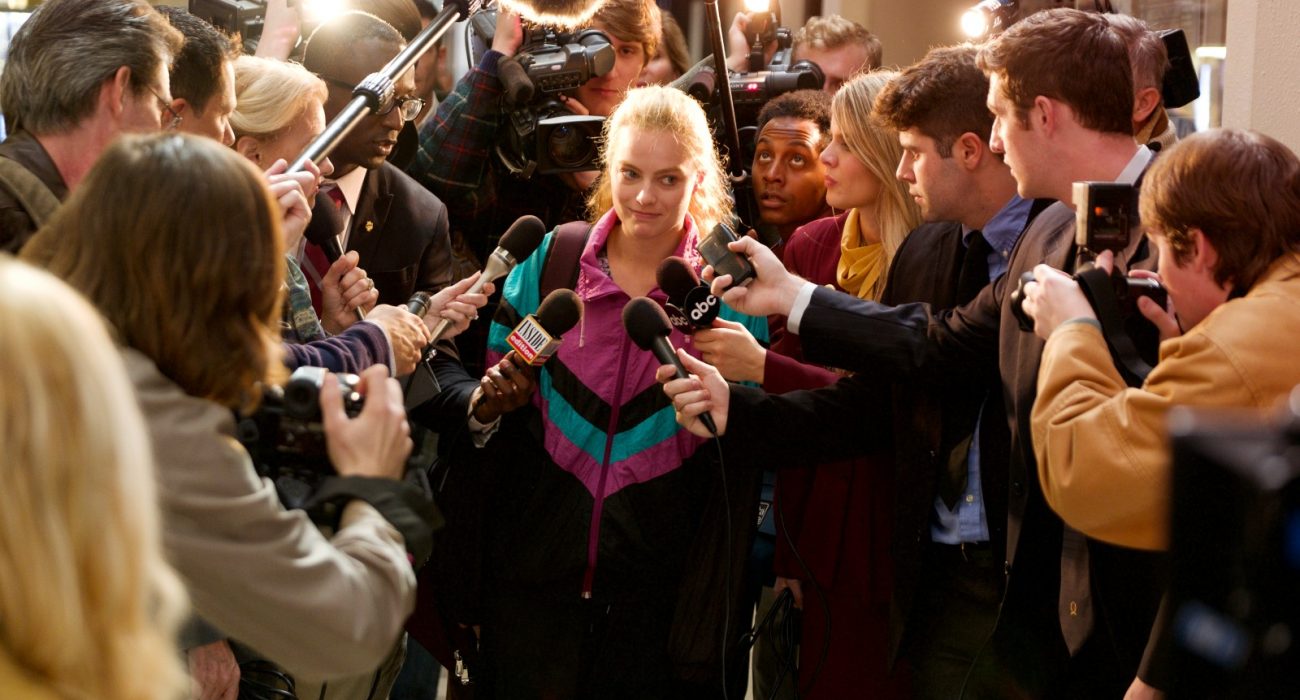 Unlike many other sport biopics (Hollywood churns out a lot), I, Tonya does not tell the rags-to-riches story of Tonya Harding. It instead focuses on the downfall of the disgraced Olympian and the events leading up to what is referred to as “The Incident”.

The infamous Harding vs. Kerrigan attack is told in a mockumentary style and often breaks the fourth-wall to denounce wild stories that were reported by the media at the time.

During the weeks leading up to the 1994 Winter Olympics, rival Nancy Kerrigan is attacked and suffers from a leg injury resulting in her withdrawing from the Championships. Both Kerrigan and Harding manage to make the Olympic team.

What follows is a media frenzy and huge sporting controversy resulting in theories over whether Harding herself orchestrated or knew of the attack. This dark comedy depicts the life of Harding from her childhood through The Incident and into present-day.

Margot Robbie plays Harding — the figure-skater that the world loved to hate — remarkably, and it’s clear to see why she was nominated for best actress. Portraying Harding from the teen years onwards, it is evident to see Robbie mature into the character and through the life-altering choices she makes.

During her childhood, Harding is forced to skate by her abusive mother LaVona (Allison Janney) who gives a stellar performance in a striking role. LaVona is vicious, unapologetic, and monstrous yet Janney infuses a layer of comedy into the film.

In her teens, Harding meets Jeff Gillooly (Sebastian Stan) who begins to physically abuse her too, the two eventually marry and embark in an on-again, off-again relationship. Tonya’s self-appointed body guard Shawn Eckhardt also adds humour by the sheer ridiculousness of his grandiose statements (which are later seen to be lifted from real interviews). Despite all this, Tonya swiftly becomes one of the best figure-skaters in the United States and is the first U.S. female skater to perform the nearly-impossible triple-axel.

This is further amplified by Robbie’s exceptional acting as she grows with the strong and complex character. Choosing to address the audience directly during re-enactments manages to convey the utter bizarreness of some of the alleged events of the time. However, choosing Robbie to play Harding at 15, is inept and makes for an unbelievable. Likewise, so is the decision to stay silent on Kerrigan’s perspective who is barely seen.

The script manages to incorporate dark humour but also relay the fact that it is a tragic story with grave costs for many. Scriptwriter Steven Rogers manages to depict the chaotic, eccentric, and overly-ambitious athlete that is Tonya Harding. Yet Rogers also manages to find the balance between the humour and the violence Harding endured at the hands of her mother and husband. Harding acknowledges said abuse but continues that the ultimate abuser was all of us; the audience. Choosing to focus the narrative around several unreliable narrators further highlights the heavy contradiction in the interviews and that we may never know the whole truth.

But it is the unexpected emotional elements that hit hardest. Harding is ostracised by the judges for being unconventional and not a typical ice princess. She is shunned by many for her low-class and redneck lifestyle. However, the film also jokes about this perhaps highlighting the similarities between then and now. The film emotionally resonates with us all, Harding is an underdog who defies all odds and is a great skater but is often unfairly treated over things she cannot control. The dismissive nature of the judges, the harsh media backlash, and Harding reminiscing about her skating days is heart-breaking to watch.

It’s the morbid curiosity that sensationalised the events in 1994, but it’s the same downfall that we are all watching once more. One this is for sure, Tonya Harding was meant for greatness, but it was stolen from her in many ways.