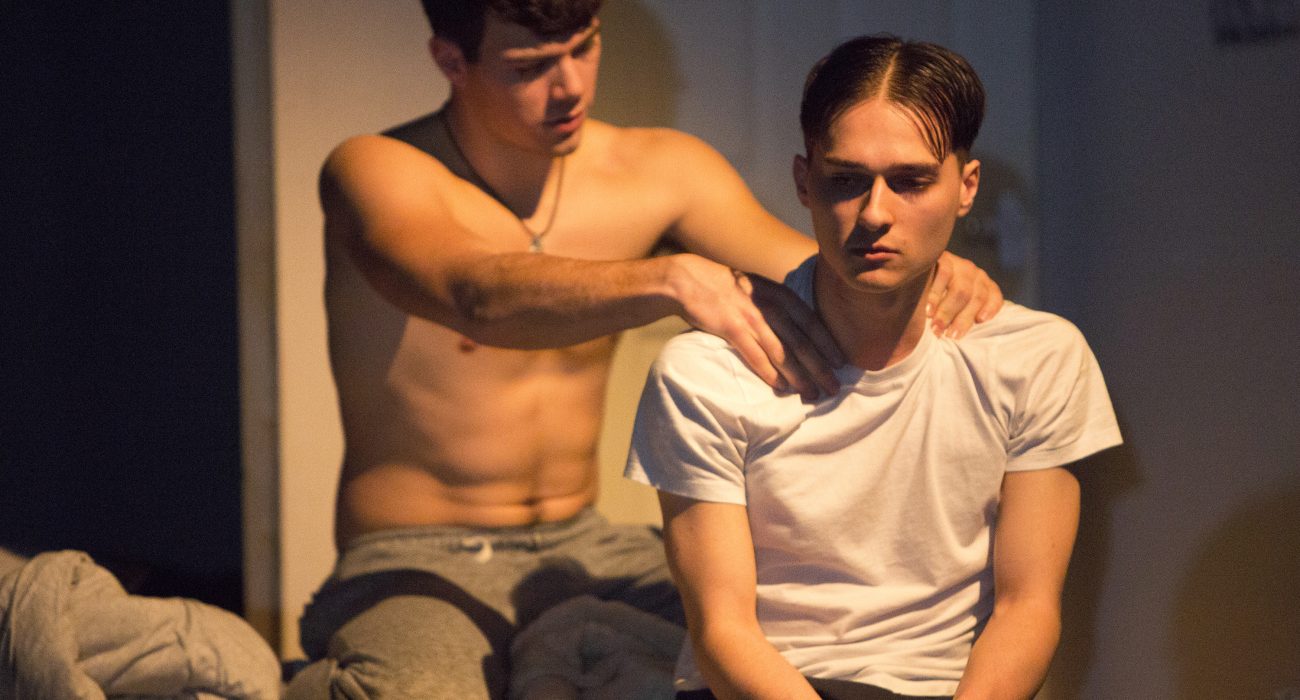 I never would have thought that someone saying, “I wank about you” would be so endearing but, in the context of this play, it was. The Newspaper Boy is a coming-of-age story set in 1992, written by Chris Hoyle.

The play focusses on Christian, a 15-year-old from Moston in Manchester, who is cast into a popular soap opera. We see Christian fall in love with Max, a 21-year-old who is his best friend’s step-brother, and the story falling into the tabloid press and the problems this brings.

The story is full of first times: clubbing, drinking, and of course sexual relationships. These scenes were uncomfortably realistic, making me cringe as I’m reminded of my own experiences.

This play makes you realise that a lot has changed in recent years. Only in 2001 did the age of consent for gay men get lowered to 16, the same as a heterosexual couple. In 1992, when the play is set, the age of consent for two males was 21. There is a wonderful speech  in which Christian argues that, despite being only 15, he still has feelings and can be in love.

There is a tendency for us to be dismissive of relationships involving those younger then us, but this play draws attention to the importance of these relationships and the fact that they should be respected, something I think it important to remember when discussing relationships with teenagers.

The second act dragged slightly, focussing on the newspaper scandal revealing that Christian was in a sexual relationship with a man while being underage. It lost its way somewhat with scenes that were too long, but they were redeemed by Chris Hoyle’s use of humour to cut through. Of particular note was the Aunt who we never see but is always calling over the telephone. It felt as if there was an inside joke amongst the audience about this very present, but non-existent, character – a wonderful addition to the play.  This act was more serious, moving away from the romance that had been built up to the reality of what it meant to be gay in the 90s  and the impact of tabloids on families.

The set was cleverly designed, utilising the small stage for different spaces: moving between a family home, to a club created before us by a raving set team who felt just as much part of the show. To move between these, 90s television adverts were projected, which added a sense of nostalgia. I’m still humming the Milkyway jingle.

The play was a lovely balance between humour and tension, and concern for Christian and the impact the scandal. This is certainly a play to watch. 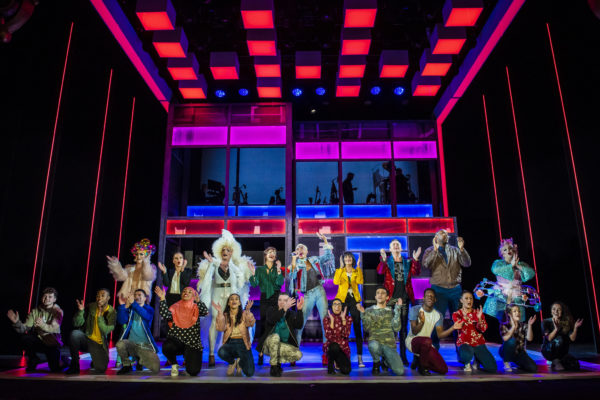