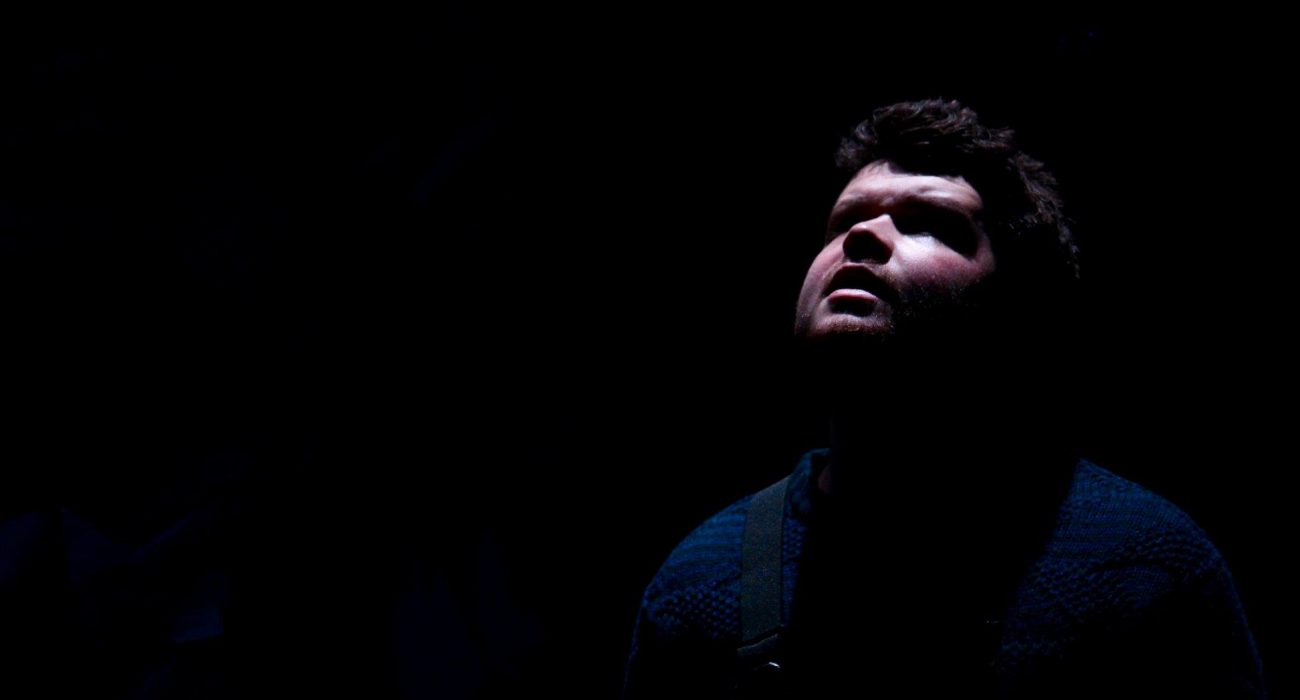 The first show of the Drama Society’s 2018 MIFTA season is unshakably responsible for setting the bar for the following productions. With the shortest rehearsal period and the most equipped venue, Yellow Icing was faced with uncapped potentiality and a short window of opportunity in which to explore it. With a run beginning in the middle of February, I saw the first and final performances.

Running at around an hour, Yellow Icing is the first performed work of Rory Calland, a final year student at the University. The play handles themes of grief, decay, and the often-unappreciated difference between giving up and letting go. The ambiguous, disjointed, and explicit language of the play courts these ideas in a way that leaves you with a taste of befuddlement in the possibility of the end of existence.

Director Ollie Norton-Smith’s realisation of the text is as seamless and well-coordinated as the light and sound transitions. With the assistance of Elena Brearley, Norton-Smith handles the play with ease. Transitions between whatever place to whatever time – for which we are eternally in the dark about – are so seamless that the play flows with a professional elegance.

All who saw the show will remember the dinner-table dressing routine, a hauntingly disruptive melodramatic moment completed by an unforgettable bone-crack sound effect. With the support of producer Virginia Saul and puppet designer Cara Looij, the work of the creative team made sure that we were immersed into a thoroughly thought-out style as the John Thaw Studio’s grandiose blackness was fractured by a large, hanging sun and a doll’s house, successfully substituting a house set far off in the distance.

The play deals with characters mentally dismembered by time, each one existing at varying degrees of that process that by the end we see Harper and Captain Robert Falcon Scott come to accept.

Played by Molly Stedman, Harper is an activist for a world that can no longer exist, partnered by Jack Waterman’s Scott, who embodies that sought-for existence.

Stedman and Waterman successfully demonstrate their complicated relationship through the constant push and pull of their need for each other. When one of the two is alone on the stage, the vulnerability of their characters softly diffuses throughout the audience, a fine contrast to their supporting self-assurance when a couple.

Harper’s distant family, with Sam Whitehouse as cousin Lawrence, Georgia Brown as aunt Kathleen, and uncle Ernest played by Joe Large, show us the damaged world surrounding Harper and Scott and strongly depict the former’s broken-down family environment. Each performer demonstrated the characters’ individual experiences of neglect with acute sincerity. Their ensemble was tightly synchronised and especially cohesive in the displacement of Scott’s monologue.

Only when leaving the theatre do you become aware of how much the experience of Yellow Icing has consumed you. This production has set an extremely high standard for professionalism and creativity in this year’s MIFTA season.