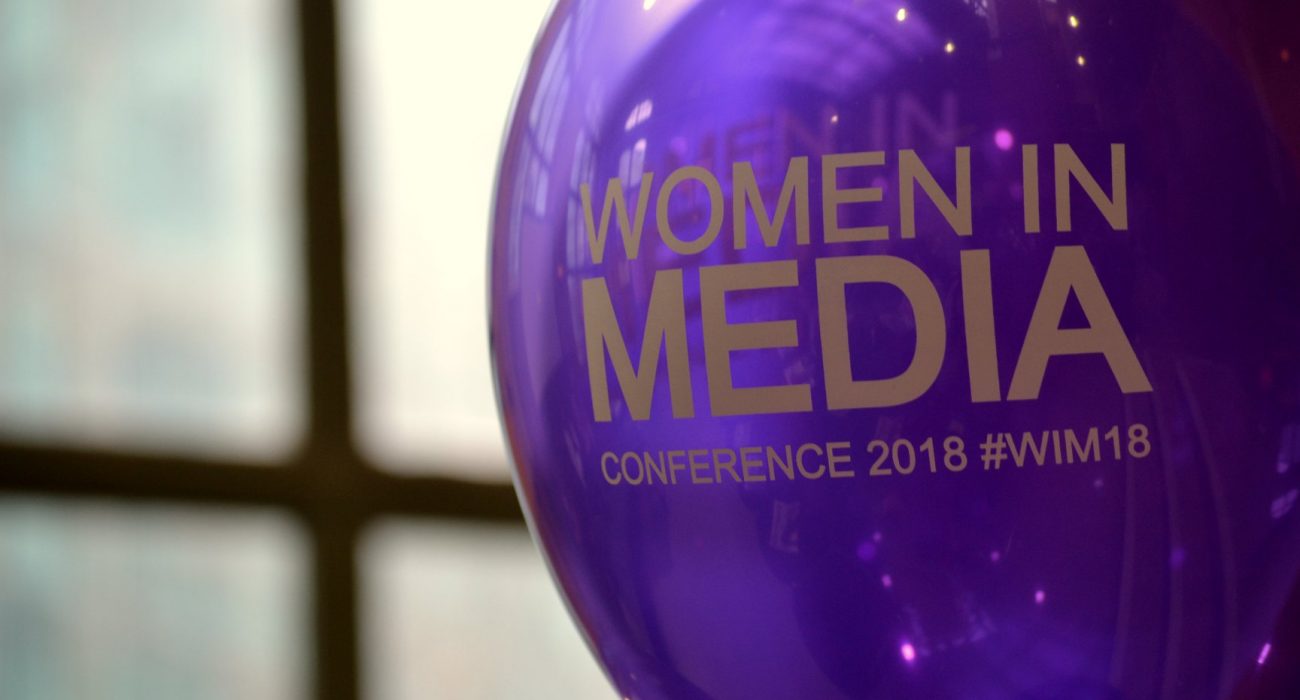 The annual Women in Media Conference (WIM) graced the People’s History Museum last weekend in aims to inspire and inform its audience of (mainly) women. With big industry names on the bill, such as Alex Crawford and Cat Lewis, the weekend went with a bang. Not even the Beast From The East could dampen spirits — although she did have a good go at ruining my hair.

The conference saw successful women from all avenues of the industry give talks and workshops to help the next generation of hopeful writers, producers, and radio and television stars in their career paths. The Second Source, an organisation set up to help women journalists tackle harassment in the media hosted a workshop to discuss the aftermath of the #MeToo movement; TV and radio presenter Katie Thistleton led a great radio workshop, and blogger and Instagram star Sophia Rosemary discussed her experiences as a social media influencer.

Amnesty International opened up stories of the frightening worlds that working in journalism can take us to, with panel talks on international journalism, journalists under threat, and war correspondents. One of the most inspirational — and for me, by far the best of WIM’s Saturday — speakers was Kholoud Helmi, as part of the ‘Journalists Under Threat’ panel. We learned about the amazing life, accomplishments, and tragedies of a women most in the audience had likely never heard of.

Kholoud Helmi is the genius behind the Syrian independent newspaper Enab Baladi. A journalist and Human Rights Activist, Kholoud has been at the forefront of the Syrian Revolution from the beginning, and her paper has had a huge role in fighting against the state censored media to expose the truths of the everyday lives of Syrian people under Assad’s rule. She spoke about the dangers of being a journalist in Syria and the murders and imprisonment of some of her colleagues.

“For us women it was easier than for men,” Kholoud told the WIM crowd piled into the Edwardian Engine Hall. “Since April 2011 we had checkpoints which we had to cross and be checked by the police. They didn’t touch us women during the search, so I used to hide the newspapers under the folds of my clothes and smuggle newspapers outside of Darayya.”

Now living in the UK as of December, Kholoud is no longer in imminent danger as she once was, but continues to fight for the rights and safety of her home country. Her honest speech left the whole room in awe. Her anecdote of smuggling newspapers under her clothes at checkpoints in Syria reminded me just how powerful our voices as journalists can be, and how important it is to get the truth out there.

On Sunday, speaker after speaker provided valuable insight into their own experiences and opinions of being a women in such a stressful and often gruelling industry. Alex Crawford — said to be the most decorated journalist in Britain, as an OBE recipient and five times winner of the Royal Television Society’s Journalist of the Year award — was interviewed by Amnesty International for the ‘International Correspondents’ talk.

As a special correspondent for Sky News, currently based in Istanbul, Alex has been in many life threatening situations in the name of journalism. After watching a montage of her work, I was left in disbelief that the woman in front of me on stage had really been through everything shown. It was overwhelming just to watch, let alone to have been through it all. Alex had watched a mother suffering from Ebola give birth, reported from the Libyan civil war, and even found herself in the hands of the Taliban.

I was expecting Alex to come on stage and be stern, perhaps even cold, hardened to her years of traumatic reporting. She was quite the opposite: softly spoken, and full of incredible stories. An observation that Alex made, and which was echoed by many other speakers at the conference, was that being a female journalist had in fact helped her tell so many stories that she believed a man would not get access to. In regards to the African mother infected with Ebola, Alex believed that, “I was allowed in that space because I was a woman”, and that a male journalist would never have been able to witness such a moment of vulnerability and intimacy.

Another thing Alex mentioned was the relationship between her career and her role as a mother. I found it refreshing to hear that, looking at her career so far in hindsight, she has no regrets in having children at an early age. Many women — in lots of industries, but perhaps in the media particularly — feel they have to work so hard for their careers that having children, especially early on in their careers, would be a set back. Some employers still discriminate against mothers because of their commitments in the home, and have a lot less to say for fathers going through the same process.

Alex believed that “if you are dedicated” you can do both. You don’t have to choose. In fact, she said, it was her strong family support system that helped her cope with the traumas of her reporting, and her experience as a mother that propelled her understandings of and interests in people’s stories across the world.

The conference was a success, but deserves far more recognition and support. It is an essential tool for women seeking advice and insight on how to develop their media careers, and will hopefully continue to grow. As mostly student run, the committee did a tireless job to pull off the event. They set a strong precedent for 2019’s Women in Media Conference. I’ll see you there.