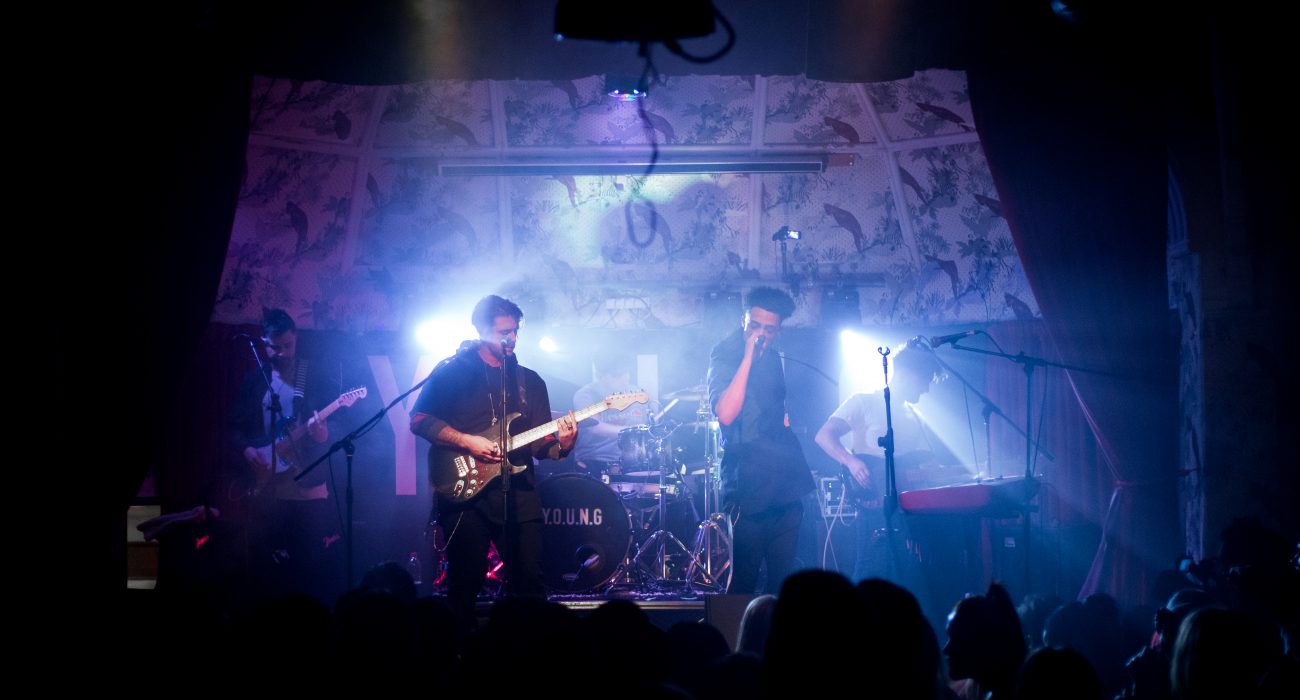 On their first ever UK tour, Manchester-based band Y.O.U.N.G, have set off every step of the way. On the final stop of the tour, the five-piece group prepared themselves for the biggest night yet, with their first ever sold out gig on their ‘Lazy Tour’.

Despite the god awful weather, the crowds pour into the upstairs of the Deaf Institute, most probably unprepared for just how crowded, sweaty, but oh-so-good the next few hours were going to be.

Y.O.U.N.G kicked off their set with ‘What I Gotta Do’, an infectiously catchy tune which cleverly incorporates reggae with elements of rock and pop all into one crafty, slick concoction. It was immediately clear that these lads are full and overflowing with confidence as their stage presence is good, if not better than some bands which have been around for many more years than this group — frontman Chez, embodying all things rock, savvy, and sharp, and Ben undeniably killing the fast-paced hip-hop rap verses. Jamie & Tom work wonders on their guitars, right to the back with Graeme on the Drums, who possibly has the most impressive drumming face I have ever seen.

As the night went on and the room got sweatier, the band’s impressive talents continued to shoot through the roof. Y.O.U.N.G bounced from ‘Head Space’ to ‘Lost Boy’ and an impressive cover of Will.i.am’s hit ‘ I Got it From My Mama’. The band are clearly comfortable on stage, throwing banter and making casual chat between songs, wishing people a happy birthday to some of the people in the crowd, and even getting Chez’s brother up on the stage to replace Graeme on the drums for one of the songs.

The energetic group turned up the volume for their penultimate track ‘Exposure’, leaving the crowd no choice but to dance and move around, again infected by the vibes that the band are giving off. Finally, Y.O.U.N.G set down and have a little rest, but this is by no means the end for them. Chez starts to say that in fact, he doesn’t want to do the last song, and why’s that you ask? Because he’s LAZY… the group bound into their final track and latest single ‘Lazy’ before ending the night.

This gig might have been the sweatiest I’ve been to, but it was really good fun, the band have an overwhelming talent and an honest, infectious ‘cheeky chappy’ aura. I can’t wait to see what these boys have next in store.