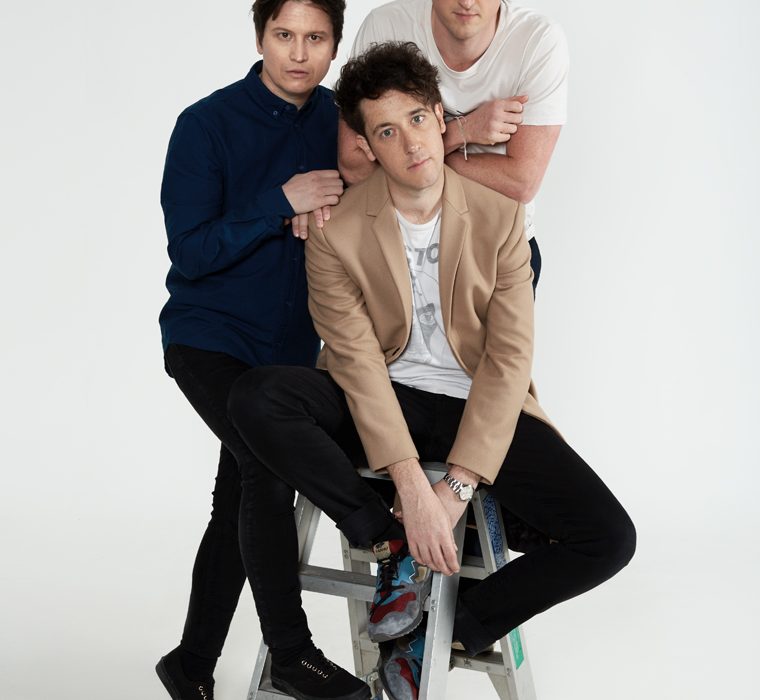 Following last month’s release of their hotly anticipated fourth album, Liverpudlian rock trio The Wombats are set to take their collection of certified indie anthems on a massive UK tour this March. Before they reach the lofty heights of Alexandra Palace, London, The Wombats bless Manchester with not one, but two sold-out shows at the Academy and the excitement is tangible.

Since they first burst on to the scene just over a decade ago, The Wombats have never failed to exceed themselves time and time again. With a slew of hits under their belt, their sound simply defines those late noughties years. It takes a lot for a band to keep up with the changing times and The Wombats do this without even breaking a sweat.

Whether appearing in massive venues or the more intimate ones, The Wombats have never lost what made them so electrifying in the first place – their connection with their audience. From the moment the first chord is struck, the crowd goes wild. Very few bands are able to literally hit one note and immediately have everyone sing along. It’s a special atmosphere that has never faltered nor shows signs of stopping anytime soon.

I’ve had the pleasure of seeing The Wombats countless times over the years, and the excitement has not even begun to wear off.  There’s something so charming about them that keeps me hooked. Whether it’s frontman Matthew Murphy’s awkward yet endearing mannerisms, the quirky, emotionally charged lyrics, or the relentless energy that the trio collectively pull off, there’s never a dull moment.

Whilst both Manchester gigs are, (not surprisingly) sold out, if you can find a way in then I would definitely recommend it. Failing that, catch The Wombats making appearances across the country during festival season, as there’s nothing better than screaming along to ‘Moving to New York’ or ‘Greek Tragedy’ underneath the sun.