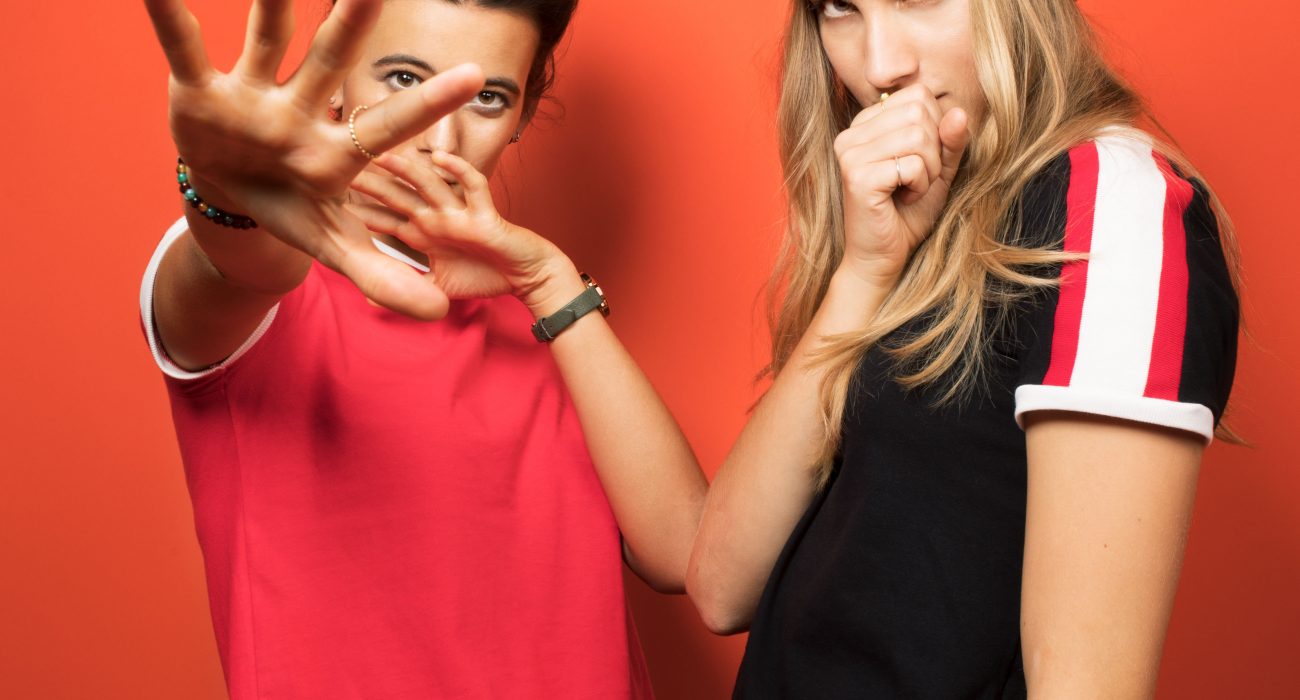 The aptly named Hannie, a combination of Hannah Koppenberg and Annie Wagstaff, have recently released their debut single ‘Cosmic Bound’. The duo has gone from uploading videos of themselves on YouTube to now having 160,000 followers. Hannie, who met whilst at ACM in Surrey has a lot of cards on the table, and big things to come in the future.

Everyone loves a good origin story, tell us about how you met!

We met at university and were put in a few classes together. Turns out we were actually the only girls on our course so we ended up playing in lots of bands together.

How would you summarise your sound?

It’s very upbeat, we only want to make music that makes people feel happy and want to dance. Music is so empowering and we want to use that in a positive way.

Is your music how you first imagined/originally wanted it to sound like, or has it evolved over time?

Yeah, it’s pretty similar to how we always wanted it to sound. However, we have also written a bunch of songs that are very different but I guess that is the outcome when you write new songs every day, sometimes they just turn out differently.

What, or who are your main influences?

Annie: for me, I really look up to guitarists like Nile Rogers and Joe Pass, I love jazz and admire the jazz guys so much, but I’m also really into funk and making really simple parts sound great and exciting. Jamiroquai also is such a massive influence I love their music!
Hannah: Robert Glasper is a very big influence on me but also people like Herbie Hancock or Stevie Wonder. And obviously some amazing songwriters like Max Martin.

What’s your favourite part of your music, or about being a musician?

Being a musician you get to work with so many different people every day which is amazing, plus most of the time you create something completely new from scratch, just going with what comes to your head at that moment.

What kind of students were you like at ACM?

We were such nerds. We spent most our time either in the library reading books on composition or in our rooms practising. We just saw the time we were there as an opportunity to really delve into our instruments and get as good as we could.

What do you want to be remembered for?

For our music, our songs, and our playing.

If you could go on tour with anyone, who would it be?

Jamiroquai for sure. We saw them a month back and their show is unreal, there’s such an amazing energy and it would be amazing to be part of that.

Whose music at the moment are you listening to?

Annie: So many people! I love Anne-Marie at the moment and I will always love the old Maroon 5 stuff (Songs About Jane).
Hannah: I agree, I listen to so many different artists all the time but I guess I really love Jungle, Mø, and DNCE. Can never go wrong with them!

What are your plans for this year?

We’re going to be releasing loads more songs and start playing some live shows, keep an eye out!